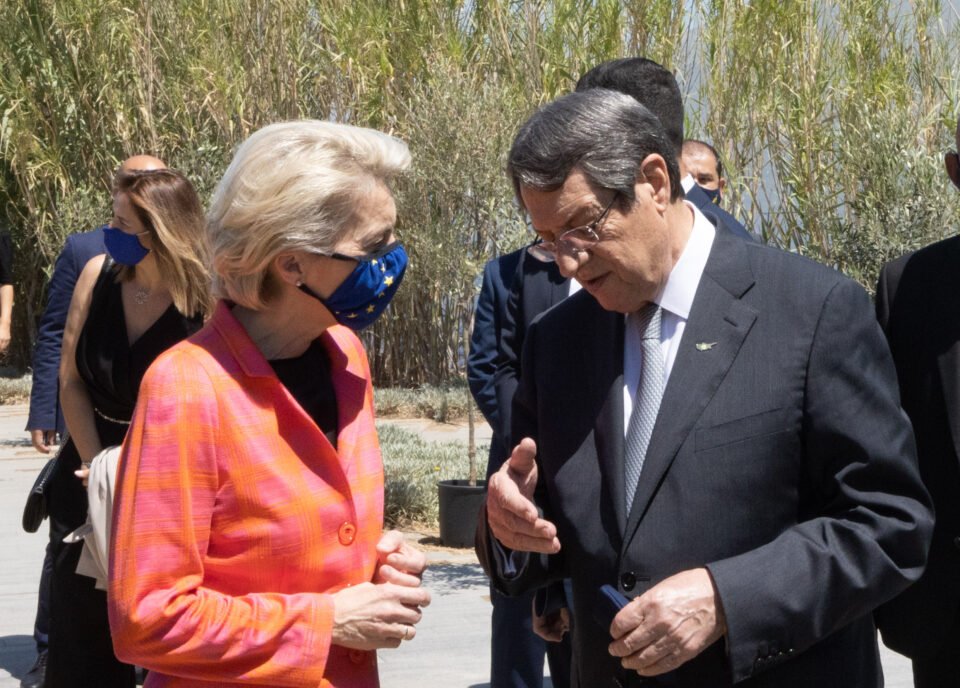 The Economic and Financial Affairs Council (Ecofin) on Monday gave the nod to Cyprus’ national recovery and resilience plan, unlocking €1.2 billion in EU funds to the island over the next years.

In a tweet, President of the European Commission Ursula von der Leyen said:

“The approval of Cyprus’ recovery plan by the Council opens the way for the flow of #NextGenerationEU financing. Over the following years €1.2 billion will be invested in Cyprus, turning the country greener, more digital & better prepared for the future.”

Cyprus’ plan – along with those of Croatia, Lithuania and Slovenia – got the green ligjt during an informal Ecofin meeting held by video conference.

In a statement, Ecofin said this second batch of member states “will be able to use the facility’s funds to foster their economic recovery from the Covid-19 pandemic. All four member states requested pre-financing from their allocated funds, which will be disbursed after the signing of bilateral grant and loan agreements.”

“Good news for four more member states – Croatia, Cyprus, Lithuania and Slovenia. Following the approval of first 12 decisions on national plans earlier this month, we swiftly continued our work so that these member states could start receiving support for implementing their planned reforms and investments as soon as possible. We have to make the best possible use of these funds to recover from the crisis and pave the way to a resilient, greener and more digital Europe.”

The Recovery and Resilience Facility is the EU’s programme of large-scale financial support in response to the challenges the pandemic has posed to the European economy. The facility’s €672.5 billion will be used to support the reforms and investments outlined in the member states’ recovery and resilience plans.

Future disbursements from the facility will take place once the member states reach milestones and targets set for each investment and reform.

According to Ecofin, “Cyprus intends, among other things, to reform its electricity market and facilitate the deployment of renewable energy, as well as to enhance connectivity and e-government solutions.”

The Cyprus plan provides for €1 billion in grants and €0.2 billion in loans provided the EU under the Next Generation EU package launched by the EU in a bid to boost the recovery and resilience of the EU members from the Covid pandemic.

According to the Finance Ministry’s estimates, these funds are expected to mobilise a further €1.4 billion in private investments.

The disbursements are linked with time-bound reforms.

In a statement of its own later, the finance ministry here welcomed the approval of the funds for Cyprus. It said Monday’s preliminary endorsement is expected to be ratified by written procedure by July 28.

And by September the EU will advance to Cyprus €157 million as the first installment, the ministry said.

The Cypriot plan provides for 58 reforms and 75 investment projects. The ministry said their implementation “will give the necessary push to the Cypriot economy to overcome the challenges caused by the pandemic crisis, contributing decisively to improving our competitiveness and enhancing the medium-term growth prospects.”