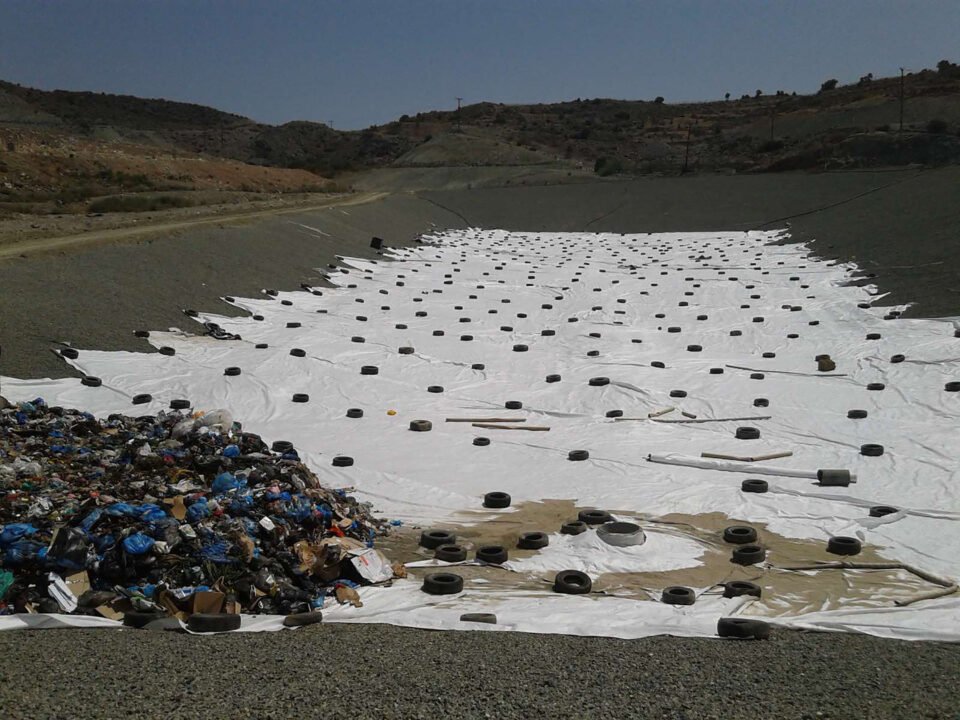 A new trash collection cell is being constructed at Marathounda landfill

Greens are up in arms following an announcement by Paphos municipality that a contract has been signed to create a new cell for storing trash at the Marathounda landfill.

The move makes no sense, they say, especially since a nationwide pay-as-you-throw scheme, (utilising pre-paid bags) is due to be implemented imminently and has been running successfully in Aglandjia municipality since January, where it has seen waste reduced by 41 per cent.

“As a Movement of Ecologists – Citizens’ Cooperation we have pointed out from the very first moment and repeatedly, the dysfunction of the Paphos landfill and the need for greater control over the way the waste of the plant and waste is managed more widely,” it announced.

Paphos municipality announced last Wednesday that the construction of a new cell at the Paphos landfill site, is expected to meet the needs of the district.

Mayor of Paphos Phedonas Phedonos, signed a contract with the consortium Vert & Blanc – Elbiomech – Aquamec  for the design and construction of the new cell, with a total cost of €3.1m.

The project will be completed within 12 months and work on its construction will begin immediately.

The original design of the landfill provided for its evolution, which is not being addressed, said the Greens. This requires a number of decisive measures on the part of managers, such as the construction of structures for waste treatment before they are finally deposited.

The creation of Integrated Waste Management Facilities (OEDA) in Paphos could serve their sorting and distribution in individual recovery facilities such as recycling, anaerobic digestion, energy recovery, composting, etc.

“Now, we are informed by the press that the contract for the construction of a new cell at the Paphos landfill, promoted by the relevant department of Paphos municipality, has already been signed.”

Charalambos Theopemptou, MP, and head of the Cyprus Greens described the move as ‘strange,’ as Cyprus is moving towards EU targets on recycling and waste management.

The EU directive 98/2008 outlines the most important steps concerning waste to protect the environment and human health and reduce the generation of waste, its management, and improve efficiency of resources.

Firstly, to introduce policies to reduce waste, secondly to promotes reuse, thirdly to recycle, fourth, to burn to obtain energy and lastly, to bury it, he said

“You can see how Paphos has gone straight to number five on the EU article on waste. It makes no sense.”

Steps are already being taken by parliament to legalise ‘pay as you throw’, PAYT, for the first time in Cyprus which would see the amount of waste being put in landfills greatly reduced, he said.

“One of the first topics to be discussed when parliament reconvenes in September will be legalising pay as you throw in Cyprus, which means that every house will have a bin for organic waste, a bag for plastic, metals and so on and another for paper. Bins for glass bottles are all over Paphos already, and a very expensive bag that can be bought will be used to take away the remaining waste,” he said.

More than 50 per cent of domestic waste is organic and if it is separated, automatically this type of waste is slashed. Recyclables account for a further 10 per cent to 12 per cent, so, he said, “one wonders the point of Paphos municipality doing this at all,” referring to the creation of a new cell at Paphos landfill.

“You also only have to take a look at Paphos’ green point and see all of the things that could be reused.”

The Green’s Orestis Matsas said that it is disappointing to see the state, once again, instead of promoting and investing in integrated and sustainable waste management on the basis of the Circular Economy, spending millions on maintaining a distorted and failed management model.

“Our country, by 2035, is obliged to reduce residual burial to 10 per cent, which does not seem to take into account the new expansion of the landfill, which will cost €3.1m, and which seems to have no provision for prior treatment and recovery of waste,” he said.

In addition to streamlining the structures of the Paphos district, the priority for the state and local authorities must be to inform residents and get them to contribute to the reduction of the waste they produce, through changing consumer behaviour and through the exploitation of green spots and the recycling network, he said.

“The pay as you throw system is a step in the right direction, but a holistic approach to waste management that is not driven to recycling is needed.”