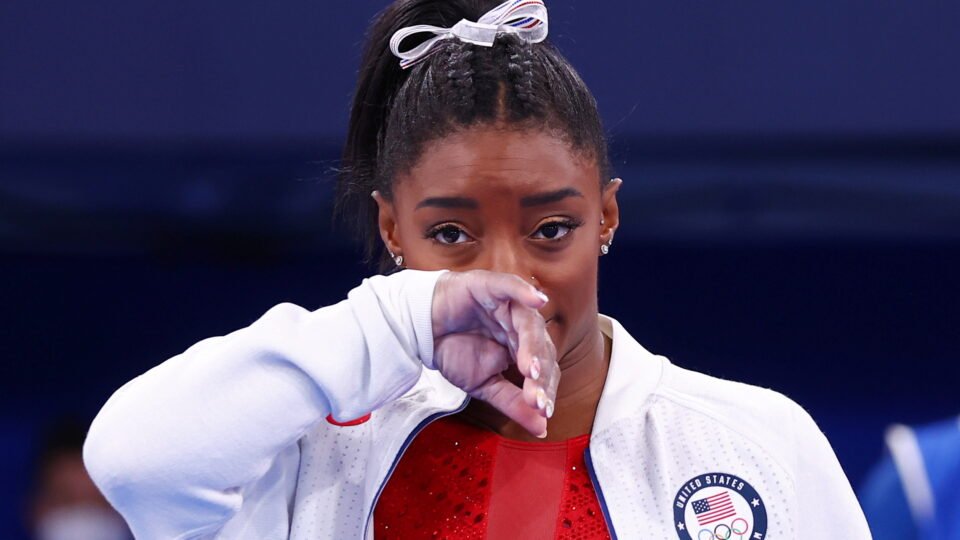 With the Olympics still digesting U.S. gymnast Simone Biles’s stunning exit from the team event, champion women made a splash in Tokyo on Wednesday as Australian Ariarne Titmus, American Katie Ledecky and Japan’s Yui Ohashi all clinched gold in swimming.

Their powerful showing underscored how women have emerged as the most commanding figures of the first week of the Tokyo Games, at a time of growing concern about the immense pressures on athletes and whether they are getting enough support for mental health.

The Games are taking place without spectators and under a state of emergency in Tokyo, unprecedented measures in the history of the modern Olympics. Tokyo recorded a record 2,848 new cases on Tuesday, the highest since the pandemic began and local governments in three prefectures near Tokyo were likely to see a new state of emergency, media reported.

Simone Biles sent shockwaves through the Summer Games on Tuesday when she dropped out of the team competition on her opening vault after receiving a low mark.

The 24-year-old said the pressure of living up to expectations and her quest for a record gold medal haul had left her no choice but to drop out for her own mental health.

She did not rule out a return to competition starting with Thursday’s all-around event, where she would defend her Olympic title.

Her withdrawal from the team event came hours after tennis superstar Naomi Osaka lost in her Olympic singles event on Tuesday, her first tournament since pulling out of the French Open in May, when she said she had been suffering from depression for nearly three years.

“More could be done” on athlete mental health, the spokesman for the International Olympic Commission Mark Adams told reporters on Wednesday.

He said mental health remained a big issue and said it was a matter that the organisation had been working on for some time.

In the pool on Wednesday, women once again stole the show. Ariarne Titmus won a second gold medal in Tokyo, her first Olympics. Dubbed the “Terminator”, she accelerated in the final metres to finish ahead of Ledecky, whom she beat for a second time after winning the 400m freestyle on Monday.

“I’m just from a small town in Tasmania and it just goes to show if you believe you can do something, you can 100% do it if you work for it,” she told Australia’s ABC News.

American Ledecky took gold in the 1500m freestyle, the first time the event has been held for women. Diversity is a focus for the Tokyo Olympics with women’s events being added in other sports, including boxing.

Swimmer Yui Ohashi also took her second gold medal in the 200m medley after victory in the 400m medley on Sunday.

The pandemic has continued to hang over the Olympics, particularly after the host city announced a record number of daily COVID-19 cases on Tuesday.

Though Japanese Prime Minister Yoshihide Suga shut down any possibility of cancelling the Olympics late on Tuesday, organisers are likely to remain on high alert for any major breach of its bubble, where athletes and others involved in the Games avoid any public contact.

Organisers have so far reported 169 COVID-19 cases related to the Games, a miniscule number given the tens of thousands of people visiting for the event.

Governors of three prefectures near the host city are likely to ask the government to declare states of emergency for their regions, media said.

Japan’s baseball team warmed up early Wednesday under a partly cloudy sky in disaster-struck Fukushima ahead of a game with the Dominican Republic to open the six-team competition in the sport.