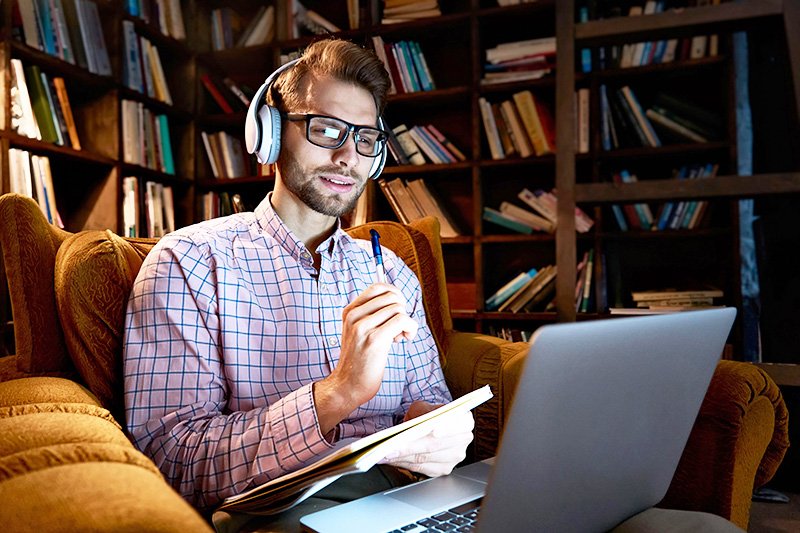 A man staying up late. Alamy/PA.

Know you could really do with getting to bed earlier, but can’t seem to make it happen?

Between Netflix episodes that roll on and on, and Instagram scrolls that take us down a rabbit hole of endless clicking, sometimes the reason we’re not catching enough zeds is no mystery.

It’s so easy to get stuck in this loop, but if not clocking up enough quality slumber is taking a toll, you might want to break the habit. So, why is that so much easier said than done?

Sleep procrastination – basically putting off sleeping and doing other things instead – is very common. And while you might be kicking yourself for being ‘so bad’ when it comes to bedtime, it’s not as simple as lacking discipline. There might be loads of different reasons for it, but sleep therapist Tracy Hannigan believes sleep procrastinators mainly fall into two categories.

This is where the phrase ‘revenge bedtime procrastination’ or ‘sleep revenge’ comes from: staying up late for some down time, because it’s literally the only opportunity you get.

“I see this in a lot of clients, especially those who work very long hours,” says The Science Of Sleep author Heather Darwall-Smith. “People might think, ‘I don’t want to just be working and sleeping, I’m going to do something that’s nice for me’.”

Another factor is low self-esteem, notes Darwall-Smith, prioritising everyone else’s needs above our own. And we can all experience overwhelm in various guises – perhaps it’s living with a health condition, dilemmas weighing on your mind – and it makes sense that we seek out some relief and autonomy where it feels easiest.

“We are up against technologies that have been designed by geniuses to make us engaged,” says Darwall-Smith. “And at night, when we’re tired, our ability to self-regulate is strongly impacted, too. So, it’s not necessarily because people are doing this through choice, or lack self-control: it’s technology, it’s tiredness, it’s overwhelm, it’s trying to get some control in my life, right here, right now.”

Scratch the surface and these patterns begin to make more sense, you could even call them self-care – but it’s counterproductive when it’s eating into our sleep time, impacting our health and happiness and everything in-between.

Hannigan believes we all have it in us to change these patterns, although progress may not happen quickly and won’t be perfect. In other words, cut yourself some slack. And while it’s true that lack of sleep is a health concern, try not to over-focus on this. “I’m always really careful about this, because that in itself can increase anxiety – ‘Why can’t I stop doing this? I know it’s really bad for my health’ – and people can really start to beat themselves up about it,” says Darwall-Smith.

Instead, focus on the rewards. “It’s really important for people to tap into what is the fundamental reason they want to make a change,” says Hannigan. “There’s a belief that there’s stick people and carrot people. Stick people run away from things that have negative consequences. Carrot people are those driven towards the positive. But I think, even for those who think they’re stick people, there are carrots under there.”

Psychology research tends to support the notion that, when it comes to behaviour change, carrots are far more effective than sticks. “So, it’s about finding those,” adds Hannigan. “What things do you really love to do or engage with, that are more difficult because you’re not allowing yourself the sleep you need? For some, it’s connection with spouses and kids. For others, it’s about work productivity and wanting to take the next step.

“Whatever it is, spend time nurturing those thoughts. Those are the things that are going to help you get through the wobbles, and I always think focusing on those positive things really helps with the compassion.”