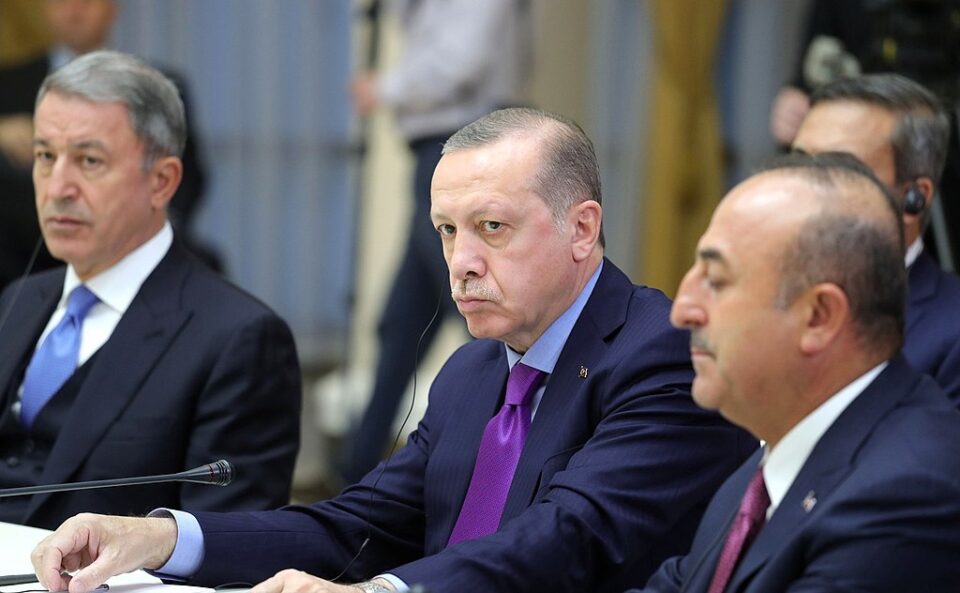 Turkey’s central bank raised its year-end inflation forecast to 14.1 per cent on Thursday.

In a report released by the Turkish central bank,  the bank’s governor predicted inflation, which is currently at 17.53 per cent,  would fall significantly in the fourth quarter.

The fall, analysts said, is projected to coincide with an interest-rate cut that the central bank has promised for some time.

The official announcement of July inflation figures will be made on August 3. Meanwhile the lira slid gradually lower against the dollar and the euro. Turkish central bank governor Sahap Kavcioglu said the bank aimed to strengthen the lira and was working to build its reserves.

But Kavcioglu, for now, is maintaing the need to keep the key interest rate at 19 per cent. He warned in a press conference on Thursday that market conditions were causing price volatility. He said the bank would decisively maintain a tight stance until a lasting fall in inflation is achieved, but monetary policy alone was not enough to fight inflation, saying it needed to be coordinated with fiscal policy.

“Market behaviour regarding inflation has been disrupted. In order to bring it under control, we must achieve a shared consensus among all institutions and companies,” he said. “The central bank has been left alone on this inflation issue,” he complained.

End-2021 food inflation was estimated at 15 per cent, compared with 13 per cent previously. More than one third of the country’s population today cannot afford food.

“And I love the CBRT’s range for forecasts for the end year Consumer Price Inflation, so they think it will be 12.2-16 per cent. So next time my team asks me for my end year inflation forecast for Russia I am going to say 6-10 per cent, guys…” he tweeted.

In fact, the central bank inflation report is seriously optimistic compared with market projections.
“The difference between the CBT projection and the market consensus for 2021 inflation is increasing. While the base effects kicking in last quarter will likely lead to a drop, headline inflation will remain elevated given the current uncertain outlook with higher risks in the near term, narrowing the room for the bank to ease,” explained analysts at ING.
A Reuters poll this week showed economists expect Turkish inflation would hit 18.5 per cent in July and remain elevated at 16 per cent at the end of 2021.
previous post