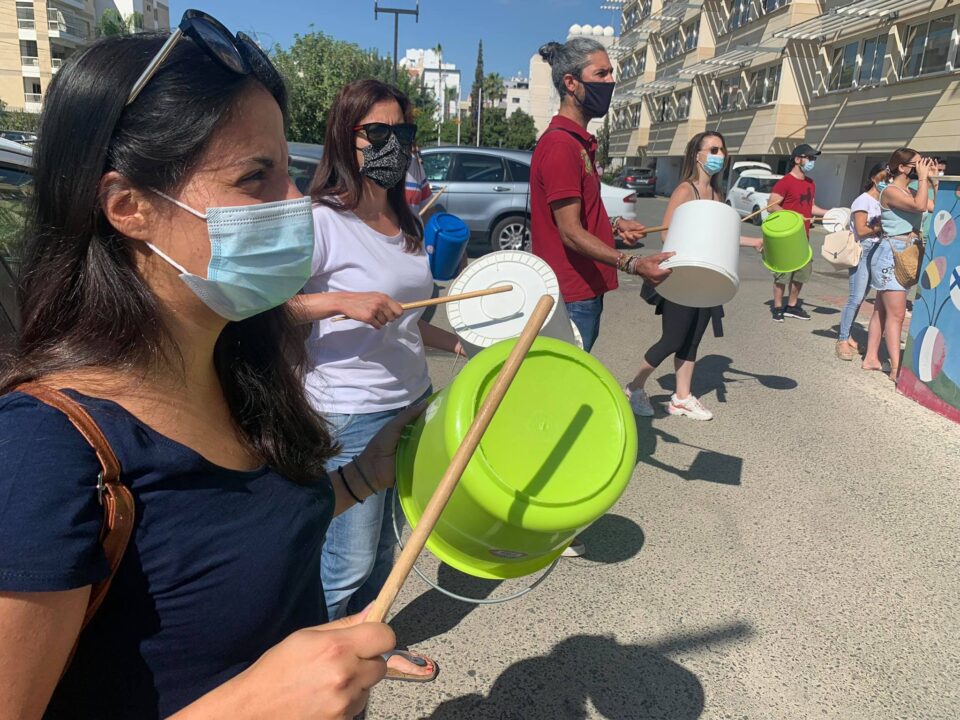 They are merely demanding basic employment rights. And the courts agree

During the last two years education has been hugely disrupted by the global pandemic and teachers, in both public and private schools, have been carrying immense responsibility on their shoulders as they had to adapt to online teaching overnight and support each one of their students regardless of the hurdles and lack of means. Truthfully, it was both teachers and health care workers who helped society to breath and function, especially during the hard lockdowns.

Adding to the pandemic crisis, the education ministry has decided to continue the unlawful and unfair practice of regarding afternoon state schoolteachers as self-employed. Teachers who have been working for years on a contract basis and invested in public school education woke up one day in 2013 to find out that their contracts are invalid and that from that day onwards they would be classified as self-employed.

This means that since 2013 these teachers have not been entitled to any state benefits (unemployment, holiday fund, sick pay, or maternity allowance). When teachers decided to fight this injustice legally, the Administrative Court ruled in their favour stating that the government’s decision to change the working status of the afternoon state schoolteachers was illegal and unlawful. Yet, the ministry did not obey the court’s ruling and while they decided to appeal the decision, they went on applying this unlawful practice to all schools which also operate during the morning school hours. Consequently, teachers working in the same school are being treated differently and are forced to work under a different status. In sum, the government in an obvious effort to promote privatisation in education, neglects court decisions and continues to violate teachers’ working rights and employment conditions.

Over the past five months, afternoon schoolteachers have been striking and protesting outside the ministry and the presidential palace defending their right to work with fair contracts. They will continue to do so until their fair demands are met and the primary school teachers union has already publicly announced its’ solidarity and support.

Unfortunately, the lack of knowledge and understanding of the above has led to irrational responses to the current educational crisis and an unfair war against teachers. The article recently published by the Cyprus Mail “Our View: Rational solutions are not allowed by public sector unions” (July 16) is one such example.

To quote the biggest misconception promoted, the article states “all political parties support the demand of the teachers to be made full time public employees”. This is nothing but a lie.

The public sector unions have made it clear that the teachers have never asked for a change of status to public employees. Nor have they asked for a permanent contract or any pay rise.

Instead, they demand the minimum of working rights as employees so that they can have a decent living during their unemployment period, following the same working conditions that apply in the private sector.

The total lack of respect towards teachers in general, however, can also be seen in the article’s statement: “Giving in to the demand would mean another 4,700 people joining the ranks of the public-school teachers, of whom there are already too many doing too little”. While the pandemic is still affecting thousands of children and while teachers have been struggling completely on their own, we now witness an unfair attack on them.

Instead of demanding actions to be taken for safe return of our children to school, we go against the only ones who make any return possible. Instead of demanding more teachers for smaller class sizes and better learning environments, we choose to insult and disrespect the ones who are keeping the public education running in these trying times.

If we want to improve public education, it is time we give a helping hand to teachers, address the real problems in public schools and focus on our children’s education. Afternoon schoolteachers are only demanding what should be rightfully theirs’: respectable working conditions. The court, at least, agreed.