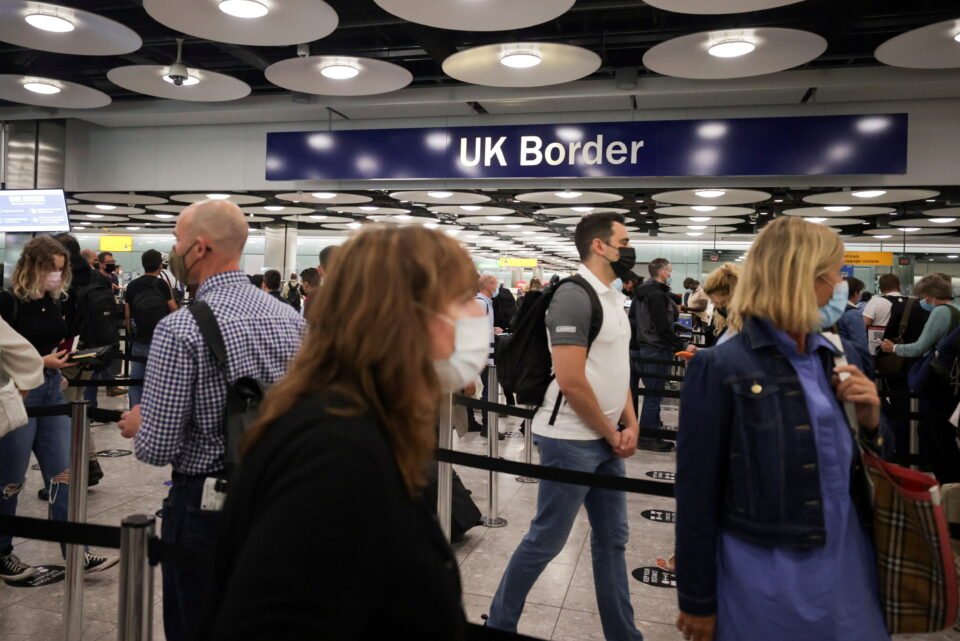 Britain will scrap quarantine for fully-vaccinated travellers returning to England and Scotland from France, rowing back on a rule that had infuriated French politicians and thrown millions of holidays into confusion.

Britain has double vaccinated a higher proportion of its population against COVID-19 than most other countries, but a maze of rules has prevented travel to many countries, devastating the travel industry.

Britain’s transport minister, Grant Shapps, said the easing of the rules would ease pressure on the struggling travel industry and give sun seekers a chance to meet up with friends and family.

England and Scotland also eased rules for Austria, Germany, Slovenia, Slovakia, Latvia, Romania and Norway, though it upped the price for obligatory quarantine hotel stays for red list countries by 60% to 2,285 pounds ($3,173) per adult.

“While we must continue to be cautious, today’s changes reopen a range of different holiday destinations across the globe, which is good news for both the sector and travelling public,” Shapps said in a statement.

Scotland is also easing the rules.

Austria, Germany, Slovenia, Slovakia, Latvia, Romania and Norway will all be added to England’s green list for low-risk travel from Aug. 8, the government said, meaning that arrivals into England from those places do not have to self-isolate whether they are fully vaccinated or not.

British Airways welcomed the easing of the rules but said the government had to go further.

“We welcome more low-risk countries being added to the green list but urge the government to go further, end uncertainty and allow people to benefit from our world-leading vaccination programme,” said Sean Doyle, the airline’s chairman and CEO.

“The UK’s economic recovery is reliant on a thriving travel sector and right now we’re lagging behind Europe, with our more stringent testing requirements and a red list significantly broader than our European peers.”

The airline lobby group, Airlines UK, said the government’s move was too late to save the crucial summer holiday season.

“This is another missed opportunity and with the summer season nearing its conclusion means international travel has not had anything like the reopening it was hoping for,” it said. “The UK continues to open up far slower than the rest of Europe.”

The change to the status of France, the second most popular destination for Britons before the pandemic, means it rejoins the amber list. The government said it made the change because the prevalence of the Beta variant of COVID-19 there had now fallen.

France had been on the amber list but became the only “amber plus” country in mid-July, meaning that with just two days notice even fully vaccinated people still had to quarantine on their return, prompting an outcry from the travel industry and French politicians.

There had been worries that Spain, the top destination for Britons, would be added to the “amber plus” list in this latest review, but the government instead advised arrivals from there to take a PCR test pre-departure, rather than a cheaper lateral flow test, where possible.

“UK clinicians and scientists will remain in close contact with their counterparts in Spain to keep abreast of the latest data and picture of cases in Spain,” the government said.