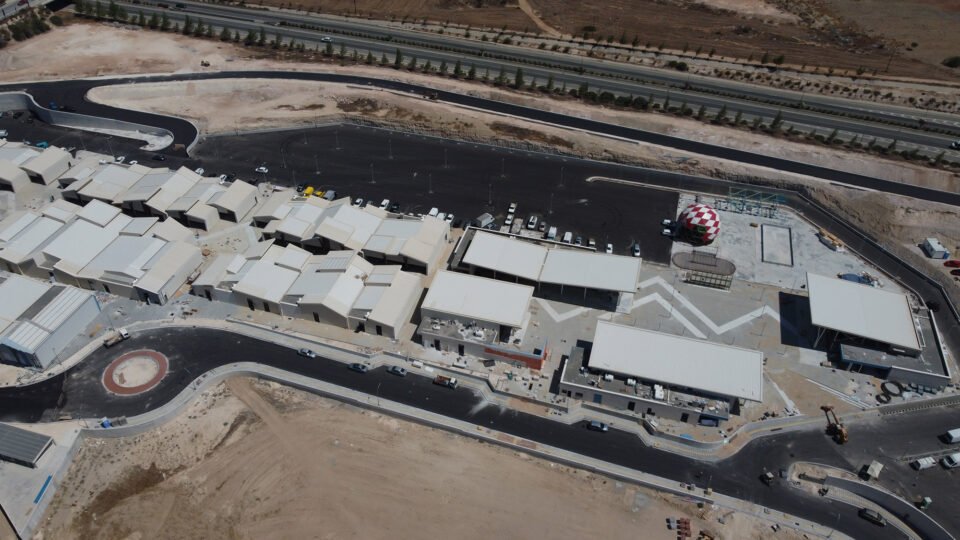 Work is almost completed on Neo Plaza, the island’s first discount village which will open its doors in September with 45 stores in Kokkinotrimithia.

The last construction work on the new shopping and recreation centre Neo Plaza continue at a fast pace, the company said in a press release on Thursday.

Some brands will be making their debut on the island.

The new centre will cover an area of ​​about 2,000 square metres in a 55,000 square metre plot. It will be in the form of a factory outlet, meaning some products might be cheaper than in stores.

It will also offer a wide range of activities for all ages, including a modern 4,000-sq.m playground provided by Greek company Volta, a variety of restaurant and café options, pop-up stores, eSports options, and an outdoor giant screen to broadcast major sporting and cultural events.

A specially designed area for events such as concerts, charity markets, and fashion shows is also expected according to the company’s Facebook page.

The main square, which is the vital core of the discount village, Neo Plaza said, is surrounded by dining areas and includes both covered and uncovered seating areas.

Some 350 new job positions were created at the new centre.