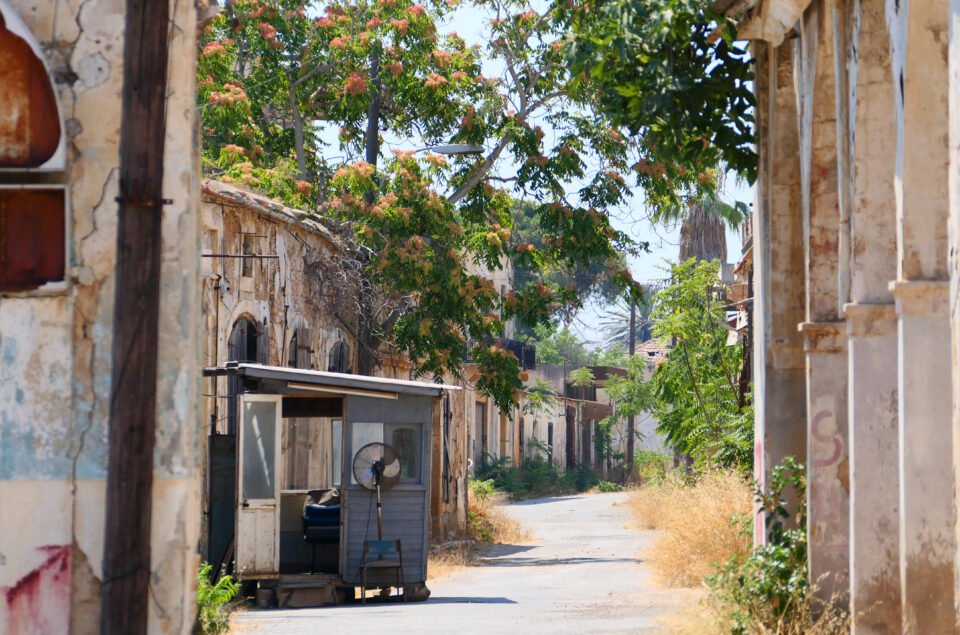 ‘They on that side and this side and we, somewhere else.’ I like this slogan, despite its bitterness. I like it because it condenses my fears and anxieties concerning the political future of Cyprus.  Many of my compatriots consider my fears excessive and, indeed, some call me an alarmist. Honestly, I would be very happy, if reality confirmed the appropriateness of this characterisation. It has not. In fact, my ominous predictions in my articles over the preceding six years have been confirmed. My articles can easily be located on the websites of the Cyprus Mail and of Alithia, for those who wish to double-check.

The Greek Cypriot’s tendency, and especially of their leaders, to downplay the serious risks that were lurking and continue to do so in Cyprus for their own future and their children’s have been empirically confirmed and cannot be disputed by any bona fide observer. I have often wondered what this obvious ‘light-mindedness’ can be attributed to. I am neither a sociologist nor a psychologist and, therefore, I am not sure of my tentative conclusions, but I set them out below and invite you to challenge them.

One possible explanation is that the blow of 1974 was so heavy and the responsibility for what happened was so unbearable that both the people and their leaders resorted to the creation of myths. These they diligently preserve to avoid confronting their guilty consciences and to protect themselves from falling apart under the pressure of this tragedy – something similar to the statement ‘at some stage, in the years to come, ownership will revert to us’.

The need to underplay the scale of the 1974 disaster has been re-enforced by the proven inability of the Greek Cypriot leaders to heal or at least mitigate the problem. Thus, while the struggle to heal the wound began with the slogan ‘all the refugees must be rehabilitated’, we have reached the point of seeking reinstall a small number of displaced persons, in their ruined homes, located in fenced-off Varosha.

It is truly striking that the National Council has appealed to the displaced persons not to seek from the occupying force the required permission to return to their homes, from which they were forcefully evicted by air strikes in 1974. Their request was based on the argument that such a course of action ‘entails risks’! In my opinion, the only possible explanation for this behaviour is that it represents their attempt to conceal their tragic failure to heal the 1974 wounds, by calling on the Greek Cypriots not to take any action, in anticipation of a comprehensive solution of the Cyprus problem, thus implying that such a development could be anticipated in the near future. Ignoring the fact that a failure to reach this goal soon will definitely lead to these properties being appropriated and seized by third parties is, of course, a cardinal error.

It is a fact that the Greek Cypriot leaders systematically assign the responsibility for the failure of resolving the Cyprus problem to the intransigence and illogical demands of Turkey and the Turkish Cypriots. What I find rather strange is that, while they thus admit their inability to resolve the problem (by assigning the failure to the Turkish intransigence), they flatly refuse to abandon – by resigning – their efforts to do so, thus depriving others from the opportunity of trying. This hegemonic mentality (if I cannot do it, nobody else can) reinforces the need to appease popular anger with myths on the basis of the tested formula used by the crumbling Roman Empire.

The serious consequences of this systematic distortion of reality (regardless of whether it is the result of impaired judgement or a malicious intent) leads to the perpetuation of the problem and, ultimately, to the full catastrophe, given that it inhibits the emergence of a new leadership which could possibly bring about progress in real rather than in perceived terms.

Take, for example, the celebrations staged recently over the condemnation of Turkey’s actions, in a statement issued by the president of the Security Council of the United Nations. For many years, we had two fairly clear Security Council resolutions (#550 and #789), calling for the return of the displaced persons of Famagusta to their homes under the administration of the United Nations. Will somebody bother to explain to us why those resolutions have not produced the desired result, and yet this recent statement is expected to do so?

Obviously, the burden of responsibility for finding the way out of the deadlock we have been led into falls on the shoulders of the people. The voters must carefully evaluate the validity of the messages transmitted by the politicians and must resist the unchallenged acceptance of the views and positions, which exclusively aim at serving communication needs. (By way of a note, I mention that the term communication or optics is a term that has replaced the term propaganda that was used in the past but is nowadays considered politically incorrect.). The voters must demand substantive explanations and comprehensive justifications of all the positions adopted by the politicians, rejecting – outright – the argument of the need to respect confidentiality. Needless to say that journalists have a leading role to play. Some of them serve their profession in an exemplary fashion, but others are obviously serving alien interests or are suffering from the problem of “light-mindedness”, which plagues the people themselves. It is the journalists who have the power to demand consistency between words and deeds and to expose those creative statements made by politicians, which are often formulated in a manner that keeps everybody happy, without providing a meaningful response to the questions posed.

The electorate must be liberated from the shackles of party rule. This is the most difficult goal because this relationship invariably entails the element of rusfeti or an improper form of loyalty. However, at a time when the survival of our homeland is threatened, when our own survival and that of our children is at stake, the micro-interests that are served by party mechanisms must be set aside, assuming that a small dose of patriotism still nests inside each one of us. In respect of this last point, I have my reservations. My definition of patriotism is one’s readiness to sacrifice one’s personal interests in favour of the interest of society as a whole. Of course, as I explained at the beginning of this article, there are numerous players who resort to myths as a way of by-passing such dilemmas. These people described themselves as patriots, but they are pseudo-patriots who collectively lead Cyprus to destruction.

Memorial for Isaac-Solomou held in Paralimni