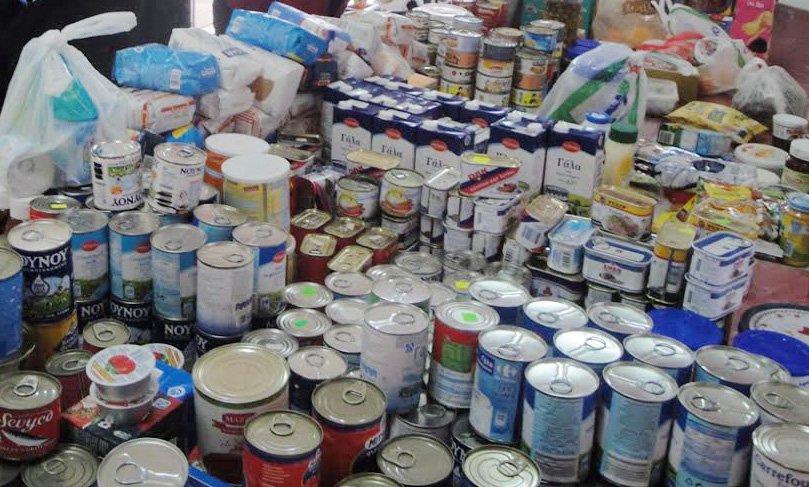 Some of the donations for Greece

The Salamis Organisation announced on Wednesday it will offer all three of its cargo ships for the free transport of humanitarian aid to Greece for the people affected by the wildfires.

The tourism, travel and shipping company said it has decided to use all three of its cargo ships to transport for free humanitarian aid from Cyprus to the fire stricken in Greece.

The company said it will transfer aid coming from organised groups and agencies be it state or private entities but not by individuals.

Interested parties may contact Salamis at 25899999 or [email protected] to arrange for the transfer of the items.

Meanwhile, it was announced that there has been strong interest from the public to the Cyprus Port Authority’s (CPA) call for the donation of essential items to be delivered to Greece.

The CPA is collecting dry food, long-life milk, baby formula, diapers, adult diapers, bottled water, and dog and cat food to be sent to Greece. Polis Chrysoschous municipality also called on its residents to support this initiative by the CPA.

Many people and companies have rushed to help, with the collection sites gradually filling up with essential items.

Strovolos municipality announced it would collect items at the town hall until 2pm Thursday and deliver them to the CPA offices on 5 Limassol Avenue in Nicosia.

The head of the Larnaca Port, Michalis Kefalonitis, told the Cyprus News Agency people rushed to deliver large quantities of foodstuffs while several people offered to give money so that the authority could purchase the items that are most needed in Greece.

He said one company had offered pallets of cooking salt.

In Limassol also, strong interest was expressed for the donation of essential items.

The CPA will continue the collection of essential items until Thursday 2pm.

The doctor will see you now