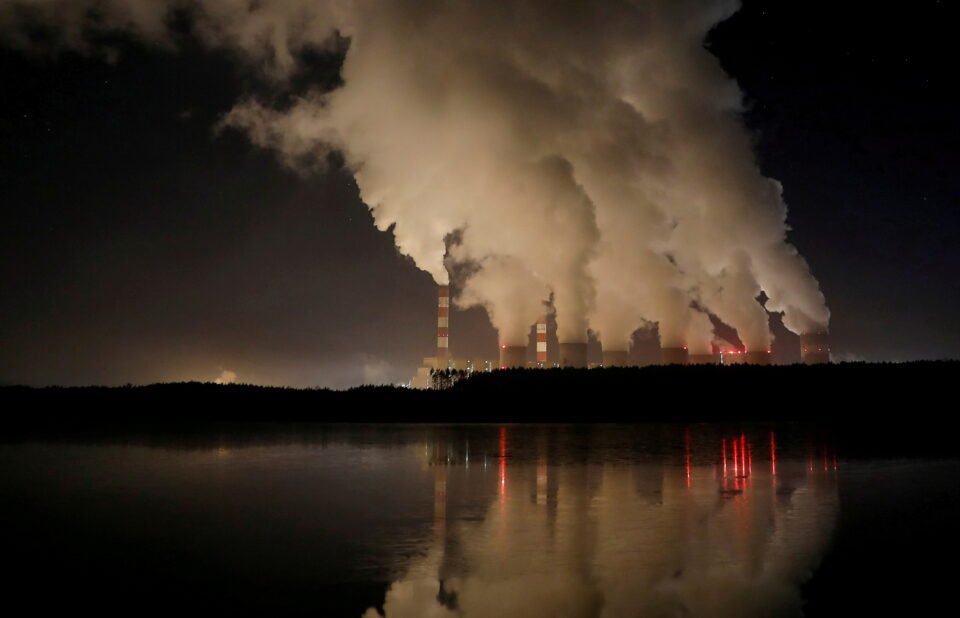 Smoke and steam billows from a coal-fired power plant

There are 150 new coal-fired plants under construction or already approved and funded in the world, so you can’t really say that we are taking global warming seriously yet. But at least the scientists who wrote the report on the state of play that the Intergovernmental Panel on Climate Change (IPCC) published on Monday are starting to use the right language.

One of the biggest obstacles to getting the public to take the warming seriously in the thirty years since this subject got on the international agenda has been the cautious language the scientists always used. They didn’t want to be accused of exaggerating, so they always talked about the likeliest case rather than the worst case. Clever people can be quite dense.

If you assumed the likeliest case, you would never buy fire insurance for your house. It’s really quite unlikely to burn down, after all, so why not save your money? Except, of course, that you will be instantly homeless if the worst case actually happens, and you may never be able to buy another one.

“Under uncertainty, you always want to focus on the worst-case scenario,” said Luke Kemp, an Australian research associate at the Centre for the Study of Existential Risk at Cambridge University. “We haven’t done this thus far. I would say we’re not even focused on the most likely scenario. We’re actually erring on the side of ‘least drama’.

“Due to the consensus decision-making procedures of the IPCC, and due to the pressure put on climate scientists by the merchants of doubt, we actually always gravitate to the lower end of the spectrum and avoid extreme climate change. So I and some colleagues basically mined IPCC reports looking at the references to different temperature scenarios.

“When you look at a middle-of-the-road scenario for the end of the century, there’s a 75 per cent probability of 700 parts per million of carbon dioxide in the atmosphere, so warming above three degrees Celsius. Yet less than 10 per cent of the temperatures mentioned in IPCC reports are three degrees and above. Almost all of our focus is on 1.5°C and 2°C, which is looking incredibly unlikely.

“So in essence, we actually know the least about the scenarios that matter most.”

The ‘Working Group One’ report of the IPCC, dealing with the physical scientific realities of climate change and published in preparation for the big November climate summit in Glasgow (COP-26), is definitely an improvement on its predecessors: franker language, and fewer weasel words.

The biggest single improvement has been the use of what they call ‘calibrated language’. Each statement is given a level of confidence expressed by five ‘qualifiers’ – very low, low, medium, high and very high – and each prediction has a specific statistical meaning.

All climate scientists are climbing a very steep learning curve, because thirty years ago the discipline scarcely existed. We know of no system more complex than the ‘Earth system’, and almost every week brings new discoveries and fresh insights. But there is a sense in this last report that they are really getting on top of the subject at last.

That doesn’t mean that COP-26 will finally put us on a course that leads to a safe future. A truly safe future is no longer even a possibility, and it is hard to believe that the governments that the scientists report to in Glasgow are ready even now to enact emergency measures. Luke Kemp doesn’t think so either.

“There’s different theories of change. One of them is talking directly to politicians and policy makers, and I tried that quite a lot. My PhD dissertation was called ‘US-Proofing the Paris Climate Agreement’, and I spent a lot of time trying to get policymakers to take this issue seriously. As you probably expect, very few people listened.

“We need to have civil disobedience, protest and dissent. That’s how the best changes of the world have happened previously.”

Cyprus gets its very own graffiti hotel