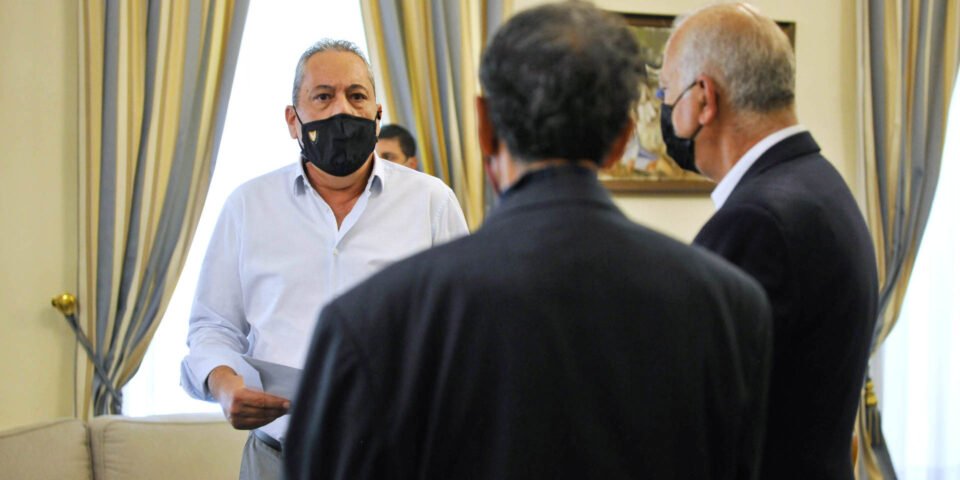 Both sides reiterated their widely divergent positions on the basis for resuming Cyprus negotiations on Monday as they marked the day Turkish troops took control of Morphou and Famagusta on August 16, 1974.

The undersecretary to the president Vasilis Palmas said on Monday that it was a difficult time for the Cyprus problem, as Turkey has changed its strategy, demanding talks on a two-state basis which the Greek Cypriots side could not accept.

Meanwhile, Turkish Cypriot leader Ersin Tatar said that he will not even discuss the possibility of a federal solution.

Palmas comments were made after receiving a resolution from the municipality of Morphou on the 47th anniversary of the township’s capture by the Turkish army.

Mayor Victoras Hadjiavram asked for the talks, which collapsed in 2017, to resume.

Turkey, he said, is a country that violates every principle of law but if the situation continues, Cyprus will be lost.

“Therefore, our request is, irrespective of the negative developments before us, to enter a negotiation process,” that will perhaps allow the return of all refugees, the mayor said.

In his statements, Palmas said that “from the moment the position is that talks, and discussions should be on the basis of a two-state solution, you realise we cannot accept such a basis to start a dialogue.”

Palmas said efforts were being made on a daily basis, stressing that a small state like Cyprus could only find solutions through political and diplomatic means.

The resolution was also handed to the members of the UN Security Council.

It condemns the 1974 Turkish occupation and accuses Turkey of escalating its provocations aiming at shifting the basis of a solution.

“The international community should find measures that will force Turkey to respect international law and the sovereign rights of the Republic of Cyprus while creating the conditions for the resumption of talks,” the resolution said.

Speaking at a ceremony commemorating the 84 Turkish Cypriots who were killed in Tochni by Greek Cypriots in the summer of 1974, Tatar said that he will not even discuss the possibility of a federal solution.

He said that a “forced solution or talks for a federation” in Cyprus will not be accepted.

The Turkish Cypriot leader added that there had been opportunities for a solution to the Cyprus problem during negotiations but those were rejected by the Greek Cypriots.

Marking 47 years since the occupation of Morphou, Tatar said that Varosha will not remain closed for another 47 years and that the opening of the fenced-off area will increase tourist activity in the area and boost economy.

He said any steps will be taken “on the basis of justice and international law”.

In response to his statements, the opposition Republican Turkish Party said that a solution based on a federation model is the only mutually acceptable, viable and secure solution for Cyprus.

As reported in Turkish Cypriot newspaper Yeni Duzen, the party said that 40 per cent of the world’s population are governed by federal states which are models of cooperation based on equality.

Equality among Turkish and Greek Cypriots can only be made possible with a federation based on UN resolutions.

The announcement reminded that countries worldwide, including the European Union had stated that they will not accept a two-state solution for Cyprus.

Numbers of Russian tourists nearly half those of 2019

Two arrested for stealing from sunbeds