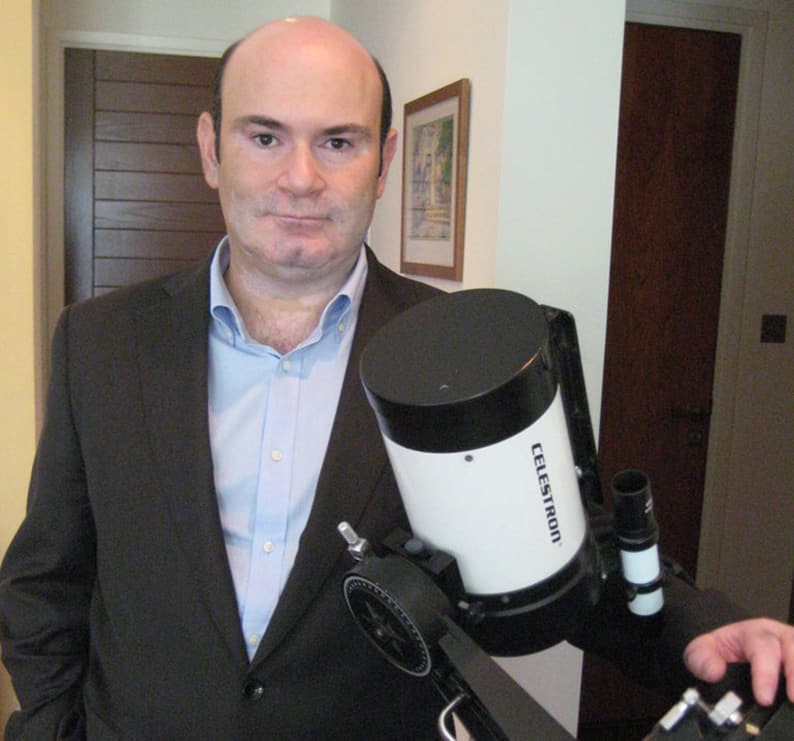 The International Astronomical Union (IAU) on Thursday named Cyprus Space Exploration Organisation (CSEO) chair George Danos as one of 11 new honorary members selected for their contributions to astronomical research in their country.

Announced during the IAU’s 31st General Assembly, Danos is among the second set of honorary members ever selected since the category’s launch in 2018.

The honorary membership category gives official recognition to individuals who have significantly contributed to the progress of astronomical research and culture in their country, but who do not qualify as individual members as their usual profession is not within the field.

An announcement by the IAU said that Danos was chosen “For his passionate promotion of astronomy, including leading campaigns that saw Cyprus join ESA, the IAU and COSPAR, as well as establishing the Cyprus Space Centre and helping Cyprus be selected as an International Astronomy Education Centre”.

“I am truly honoured, humbled and deeply moved that the IAU has recognised my decades long dedication in astronomy and space science,” Danos said.

“After 9 years in CSEO, promoting space science with intense dedicated efforts, sometimes joy, sometimes pain and sadness, through a difficult uphill road that few close friends know about, working with aim of making this island proud, this recognition comes to make this difficult journey worthwhile”.

Two Tenors at The Knight’s Courtyard