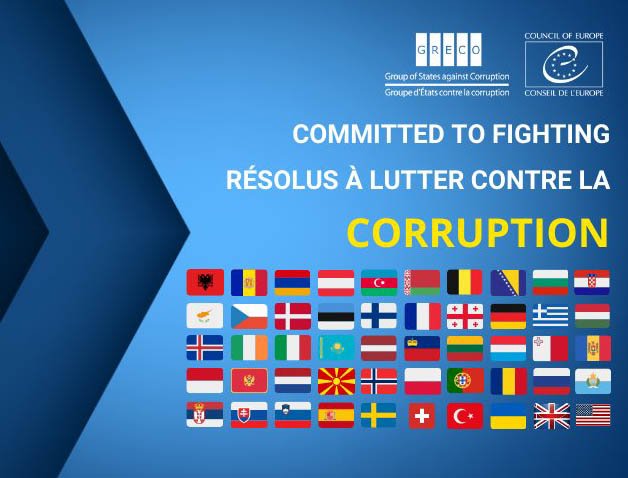 According to a new report by Transparency International nearly two-thirds of EU residents believe corruption is a problem in their respective countries.

The report, ‘Citizens’ Views and experiences of Corruption’, was based on a survey of 40,000 Europeans in all 27 member countries which took place between October and December of 2020 for the 2021 Global Corruption Barometer.This is of no surprise and is evident not just in the EU as recent examples what is going on around the world in relation to corruption, fraud, money laundering and human trafficking show.

In Denmark, six Danish pension providers have been ordered to revise their risk assessments regarding money laundering. In the UK, welfare fraud and errors cost the UK a record 8 billion pounds during the pandemic. In Hong Kong, customs have shut down a local money-laundering syndicate that used cryptocurrency to process illegal funds. In Bosnia, the intelligence chief has been arrested during an investigation which includes money laundering and forgery. In Luxembourg, the country’s loopholes in the tax system are used to avoid European Union transparency regulations and tax. In Austria, Albania and Ukraine, former government politicians face corruption charges.

In Lebanon, a prosecutor has called central bank chief Riad Salameh for questioning next month over corruption allegations. In New Zealand, the Reserve Bank has filed a statement of claim in the High Court against TSB for breaches of the Anti-Money Laundering and Countering Financing of Terrorism Act. In Malta and Cyprus, the citizenship-by investment programmes have been abused. In Germany, the mask scandal was seen as ‘unforgivable violations of ethical standards’. The list could go on and on.

What is more the Covid-19 pandemic which is sweeping the world has made people more vulnerable to corruption, fraud, money laundering and human trafficking while placing EU governments through extraordinary challenges such as to find and mobilise large sums of money and to act swiftly. All over the EU and the world, citizens are affected by these crimes and the various forms they can take.

According to the report, bribery as a form of corruption is only found in a few EU countries. However, the use of personal networking for one’s benefit is widespread.

The public believe that corruption levels are not improving while at the same time they are concerned about the relationship between business and politics. Of course, perceptions about corruption in the government vary across the EU. For example only 20 per cent of people in Denmark and Finland think this is a problem while 85 per cent of those in Bulgaria, Croatia, Cyprus, Italy, Portugal and Spain believe it is a great issue. This all contributes to the erosion of people’s trust in government and other public institutions.

Due to the pandemic citizens’ experience of corruption was also highest when dealing with public clinics or hospitals, services which may never have been more important than now. Again, this is a sad finding as people who suffer from Covid-19 need medical support and governments are trying to allocate billions of euros to face the crisis.

Not only are Covid-19 sufferers in need of medical support, but governments across the EU are rolling out vaccinations to protect those most vulnerable to the virus and are creating plans to allocate billions of euros for post-pandemic recovery. Corruption threatens all these activities with the most severe consequences.

Furthermore, more than half of those interviewed in 19 EU member states hold the view that their politicians are influenced by a few private interests. If this perception is to change, governments must strengthen transparency, regulations and law enforcement, while bringing about cultural change. An optimistic note is that nearly two thirds of people in the EU (64 per cent) believe that citizens can make a difference in the fight against corruption. Towards this end, the Whistleblower Protection Directive adopted in 2019 by the European Union prohibits retaliation against whistleblowers. Still only 47 per cent of people in the EU feel they can safely report corruption while the general perception is that corruption goes mostly unpunished.

In view of the above, governments and politicians in general need to regain people’s trust but this needs measures to be taken and applied so that it is not plain rhetoric. Ensuring accountability for abuses of power, prevention of favouritism, improving public institutions’ ethics regimes at a national and EU levels and protection of people reporting corruption are some of the measures that need to be taken now.

The Animattikon Project 2021 arrives this September