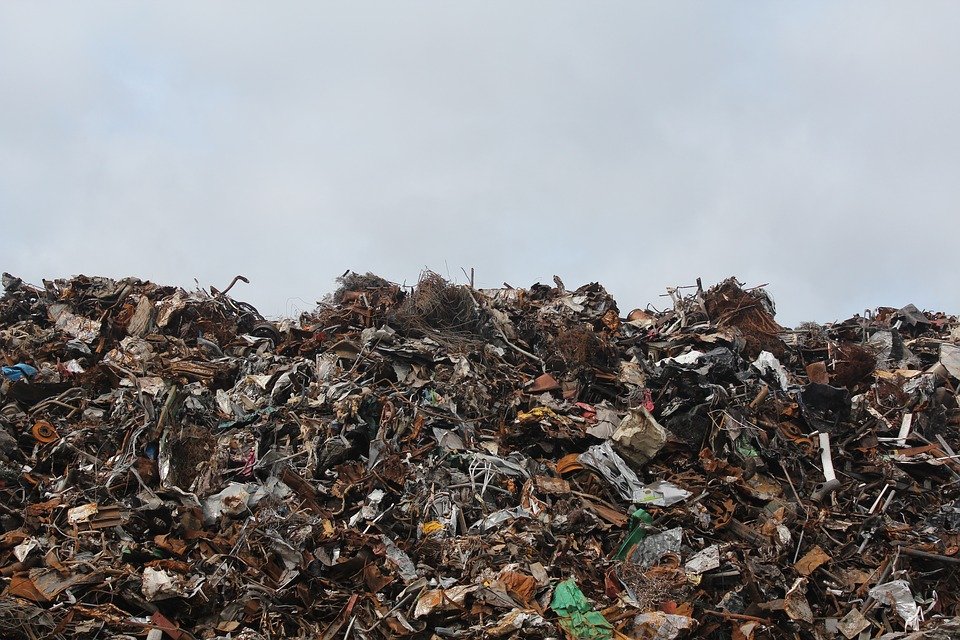 Paphos is taking advantage of a point in the EU Directive stating that at a national level a country can bury up to 15 per cent of all solid waste and is using up most of this allotted amount, a counsillor says

A recycling programme has yet to be implemented there: it is burying almost all its solid waste

Recycling in Paphos is falling dismally short of what is expected in Europe and is using a ‘small window’ in the regulations to ensure it doesn’t fall foul of the law, according to a Paphos councillor.

Mayor of Paphos Phedonas Phedonos, recently signed a contract for the design and construction of a new cell due to be created for storing trash at the Maranthounda landfill site, with a total cost of €3.1m. The project will be completed within 12 months and work on its construction will begin immediately.

“Paphos is taking advantage of a point in the EU Directive that states that at a national level a country can bury up to 15 per cent of all solid waste,” Andreas Chrysanthou, a Paphos councillor and ex-chairman of Xyta (Paphos’ waste management board) said.

As other municipalities in Cyprus have recycling programmes and only necessary items are being taken to landfills, Paphos is taking advantage of that and using up most of the allotted 15 per cent, he said.

As Paphos has the smallest population at around 88,000, it is burying almost all of its solid waste using landfill, said Chrysanthou.

“I was very surprised when the municipality announced the decision to create a new cell. All EU Directives and efforts are to minimise such actions, but in Paphos we are burying it all. It doesn’t make sense.”

However, authorities in Paphos are keen to note that a new cell doesn’t highlight it’s apathy for promoting recycling.

“The new cell is not for use for recyclables, only other materials. Paphos municipality is determined that the city will get better at recycling and we are trying to establish a new relationship with Green Dot,” Christos Christou, head of Paphos municipality health services stressed.

However, as a recycling programme has yet to be implemented in Paphos, the pay as you throw scheme has not been passed by the House and no-one will be sorting through the waste. Solid waste will be taken to the site until a programme gets underway, said Chrysathou.

Many environmentalists and members of the public believe that recycling campaigns can be made easier so that more people will want to co-operate.

Charalampos Theopemptou, MP and president of the Cyprus Green Party – Citizens Cooperation said that ‘a lot’ of campaigning to educate the public, not only about the importance of recycling but also how to recycle, is urgently needed.

“People in the recycling industry often complain that around 50 per cent of the materials they receive are not recyclable, ie they shouldn’t be thrown in the bin,” he said.

Currently, in areas where recycling is underway, plastic, metal tins and drink cartons are put in clear plastic bags and paper into brown bags and are either collected from the front of each house or are put in large bins.

Bottles are placed in bins that are usually found near pubs, clubs and restaurants, said Theopemptou.

After collection, materials are transported to two sorting facilities, one in Latsia and another in Moni. The material is sorted at the facility and sent for management overseas. The only material which stays in Cyprus is glass which is crushed and used as raw material in cement and other building material.

“With regards to other recycling materials we have huge problems with the handling of construction and demolition waste, electrical and electronic waste and car tyre recycling systems. Other recycling programmes like for batteries, clothes, furniture and other large volume domestic waste still need a lot of improvement,” he said.

Paphos residents agree that the issue of recycling needs to be tackled and voiced concerns following the announcement of a new landfill cell.

“The decision to use landfill only reflects the municipality’s failure to encourage recycling. I am pessimistic about how well people will comply with a new pay as you throw system. Big public bins will remain,” said Paphos resident, Geoff Cosson.

“In Paphos, many of us want to recycle as much as we can and the mayor has announced that he wants to improve collection, but there have been no actions so far, to do anything to encourage it,” he added.

At present, there are four different public bins in use: green for general waste which includes food, blue for plastic and metal, and brown for paper, as well as the glass containers, however these are not grouped together.

In many countries, keeping bins together, often in supermarket or public car parks, makes recycling easier.

However, such bins are presenting municipalities with huge problems, as the public throws all sorts of rubbish in and around them, and a huge mess is created, Theopemptou noted.

“For this reason most of these recycling islands are now disappearing from cities and villages.”

“Currently we are nowhere near our target,” he said.

Christou said though that Paphos is making strides towards its recycling goals and in a few months will also establish a new programme to collect organic waste from restaurants, hotels and other premises.

Door to door collection got underway in April within the Paphos municipality boundaries. Area A sees a lorry collect every Wednesday and Area B every Sunday, he said.

From next year, the pay as you throw, which includes organic waste, will be implemented and according to the latest data, 40 per cent of the total waste in the municipality of Paphos is organic, a further 40 per cent is packaging material, he said.

“So, if we achieve to take this all out of the landfill this will be a massive improvement, he said.

October will see a leaflet campaign get underway to every household in Paphos. It will inform on collection days, how to recycle and collect PMD, glass and paper and how to separate it from other household waste on a daily basis.

Paphos is also establishing a telephone line which will offer advice and information about the recycling process.

Waste prevention can take many forms, for instance chasing after Cypriot manufacturers to use recyclable packaging or minimising buying of bottled water. Cyprus could also create a designated space at green points for items that people can reuse. Currently, no-one is allowed to pick up items from a green point, noted Theopemptou.

Cyprus urgently needs to address the waste it produces and set up a task force with executive powers to do so, said Theopemptou.

Chrysanthou said authorities promote Paphos as a ‘smart city’, ahead of the rest but in recycling it is not only the last in Cyprus, but also in Europe. The directors of the landfill want to keep charges down whilst continuing to charge homes €160 per year, he said.

“Creating a new cell contradicts all of the future planning as far as solid waste management goes. Soon, we will have to start paying stiff fines for doing this sort of thing,” Chrysanthou said.

To find out about the collection day in your area or where the nearest glass recycling bin is to you, download the mobile and tablet application ‘ReCYcling CY’ or contact 7000 0090.

Our View: Healthy banks limit the dangers of poverty