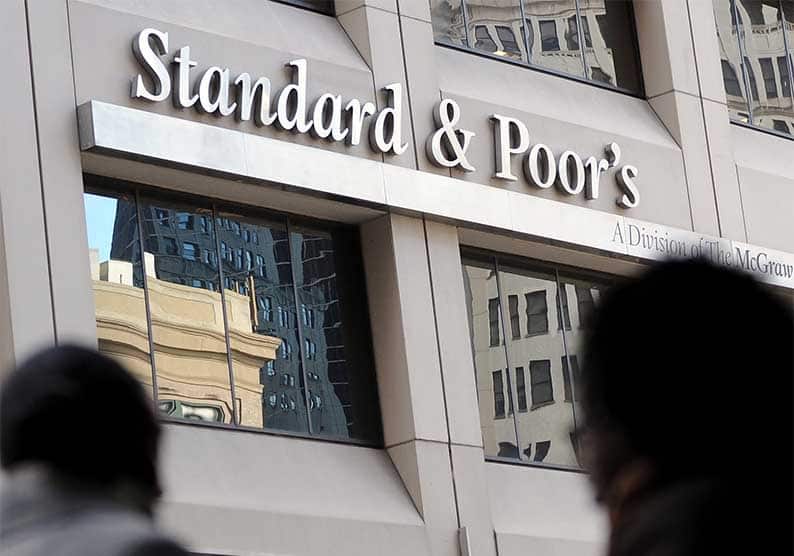 The government will continue supporting economic activity so that after the pandemic is over, previous positive growth rates will return, Finance Minister Constantinos Petrides said on Saturday.

In a written statement, Petrides referred to the affirmation on Friday by Standard & Poor’s international credit agency of Cyprus’ credit rating from stable to positive, confirming its credit rating of BBB-.

According to the minister, S&P notes that its decision to revise its outlook on Cyprus to positive from stable and affirming its `BBB-/A-3` ratings reflected its view that, following the severe shock caused by the pandemic in 2020 and beyond the related near-term uncertainty in 2021, it could upgrade Cyprus within the next 24 months if the country`s economic and budgetary performance continue to strengthen, supported by the government`s implementation of structural reforms.

S&P said measures to curb the spread of Covid while safeguarding incomes and shielding businesses should continue to support a strong economic recovery and better external performance for Cyprus over the next 24 months. At the same time, disbursements from the EU Resilience and Recovery Facility, coupled with the related progress in structural economic and budgetary reforms, will further improve economic prospects. It also expects government debt to GDP to return to a steep downward path, albeit from elevated levels.

In addition, S&P states that the confirmation of the credit rating reflects its view that the risks inherent in the credit rating, and especially the increased reserves of public and private debt and non-performing loans in the banking system, are generally balanced, through proactive debt management which has yielded significant improvements in the government debt profile.

The minister also took into consideration S&P’s downside scenario that it could “revise the outlook to stable if budgetary performance is markedly below our expectations, threatening the pace of government debt reduction in GDP terms, or if economic growth prospects unexpectedly deteriorate”.

The government will continue to support economic activity so that when the pandemic is over, it will return to the pre-covid positive development rates, both in terms of growth and employment (containing unemployment) as well as public finances”, Petrides added.

He said to achieve this, the government would support the Cyprus economy and society in a targeted and flexible manner, promoting financial solutions that will allow the maximum possible use of European funds and programmes. “The government will work tirelessly, systematically and in cooperation with parliamentary political parties to achieve the aforementioned reforms that push the Cyprus Republic to higher evaluation levels”, he concluded.

In its rationale, S&P said following the Covid-induced recession in 2020, the Cypriot economy is set to recover with an average of 3.7 per cent growth per year from 2021-2024. Much stronger growth than expected in second-quarter 2021, at 12.8 per cent compared with second-quarter 2020 according to the latest flash estimate, points to a potentially even faster recovery this year. However, tourism activity will take longer to recover, despite better-than-expected performance so far in 2021. “We anticipate that strong growth and the return to budget surpluses will allow gross general government debt to GDP to decline rapidly to less than 90 per cent in 2024 from about 119 per cent in 2020,” the agency said.

It reminded that in July 2021, the European Commission endorsed Cyprus` recovery and resilience plan. “The country is set to receive €1.21 billion during 2021-2026 (5.5 per cent of GDP) including €1.06 billion in grants, of which €130.8 million will be received in 2021 (in addition to €26 million in loans). We expect this extraordinary support, accompanied by the implementation of structural reforms, will further enhance prospects for a solid economic recovery and boost economic activity in the coming years”.

In addition, it said S&P ratings on Cyprus remain constrained by elevated stocks of public and private debt and the still-high proportion of NPEs in the banking system. However, the country`s favourable government debt profile has benefitted from the European Central Bank`s (ECB`s) monetary policy decisions since March 2020. The average maturity was eight years as of May 2021, while debt-service costs have declined since 2019 reaching 1.7 per cent. This was due to early repayment of a bilateral loan to Russia in 2019 and a loan from the IMF last year, as well as long maturity euro medium-term notes issuances at lower yields. Furthermore, authorities hold significant cash buffers, equivalent to at least nine months of government financing needs, markedly reducing short-term refinancing risk”.

The unemployment rate increased moderately to 7.6 per cent in 2020 from 7.1 per cent in 2019, with government support measures preventing a more significant rise. The recovery should support a reduction in unemployment toward 5 per cent in 2024. Furthermore, despite uncertainty on the evolution of COVID-19 and its variants, which have prompted countries to reimpose restrictions, we anticipate Cyprus` economy will sharply rebound in 2021, S&P said, adding the economy expanded 12.8 per cent in second-quarter 2021 compared to the corresponding quarter of 2020, much stronger performance than anticipated.

“Once the pandemic`s negative effects on the economy abate, we anticipate that authorities will focus on shoring up its resilience, restoring the budget surplus, pursuing government debt reduction, and aiding the banking sector`s recovery. Economic vulnerabilities related to high levels of private-sector debt will persist. It is likely to remain high over the medium term, although tapering slowly via repayments financed by savings, restructuring, write-offs, and debt-for-asset swaps with banks,” it added.

New label produces music by the glory of God