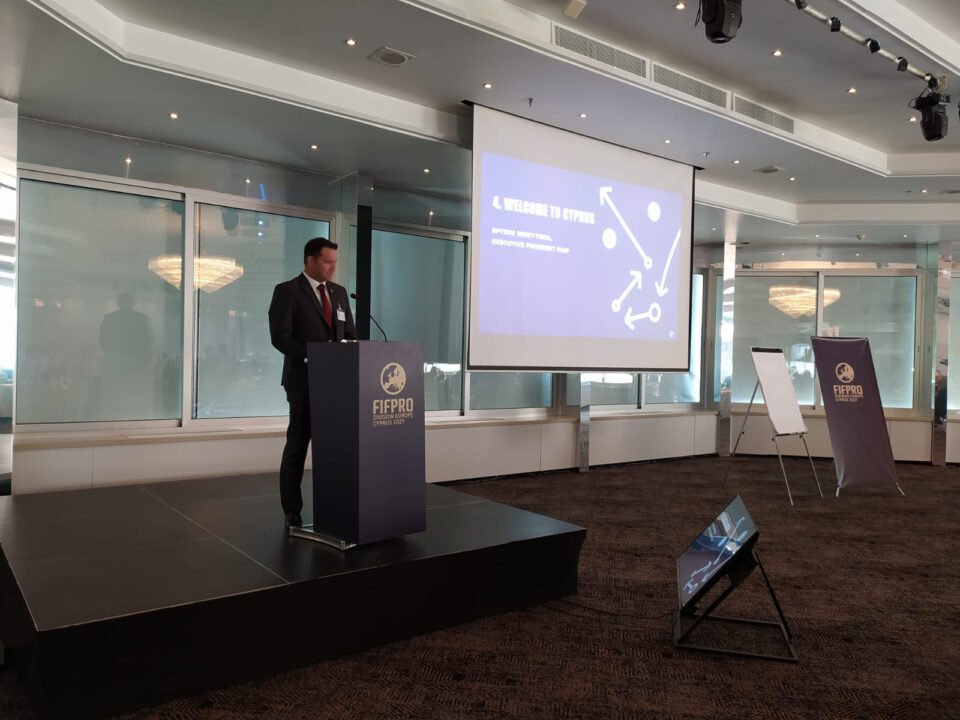 The opening of the FIFPRO congress

The annual FIFPRO congress has kicked off in Limassol at St. Raphael hotel.

FIFPRO Europe for 2021, hosted by the Pancyprian Footballers’ Association (PASP), is the first physical gathering of European football associations since the start of the Covid-19 pandemic.

FIFPRO is the worldwide representative organisation for 65,000 professional footballers. Headquartered in the Netherlands, it is made up of 67 national associations.

Over 100 delegates from 40 European countries as well as representatives from Uefa and from the European Club Association have travelled to the island. Limassol mayor Nicos Nicolaides was also present during the opening dinner.

This year’s congress is also an electoral one, as it will appoint the new board of directors of the European zone, with PASP president Spyros Neophytides running for re-election as vice-president.

“I am very proud that Cyprus managed to organise such a big event for the world of football and I hope that in the coming days we will be able to fully meet the demands of the delegates, in order to put our country in the spotlight,” Neophytides said.

“The congress will also have a significant impact on tourism as it sends a message to other countries that, despite being placed in the red category, Cyprus is still safe enough to organise one of the biggest events in football.”

The PASP president added that many important topics will be discussed during the congress, such as transfer regulations in Europe, the busy calendar for all clubs and the players’ heavy schedule, made of club and international commitments.

“We wish every success to Neophytides in his bid for re-election, so that Cyprus will have a strong voice in Uefa’s decision-making process,” he said.