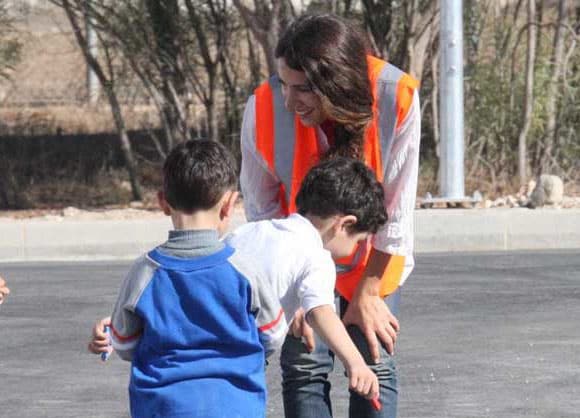 Allowing far-right Elam to head up an ad-hoc House committee on demographics was always going to be a bad idea because inevitably the party was going to push racist views.

During discussions on Tuesday, rather than focus on the issue at hand, the low fertility rate, a perfectly valid topic, the party representative made a point of saying that while the local population was failing to reproduce to replacement rate, immigrants were having twice as many children.

If ethnic Cypriots are refusing to have children, someone in this country has to, and as pointed out by women’s group Pogo on Thursday, that is not the issue at all.

According to the government’s Recovery and Resilience Plan, the share of over 65-year-olds in Cyprus is around 15 per cent at present and expected to rise to around 25 per cent by 2050. The percentage of over 65s has now exceeded the percentage of people under 14, MPs heard.

The recovery plan concedes that most of social protection expenditure in Cyprus goes to pensions and healthcare, with relatively less being spent on benefits such as, family, unemployment, disability and housing, a point also made by Pogo.

MPs at Tuesday’s committee spoke of measures to support families with children such as increasing maternity leave for the second child to five months and for the third child to six months.

This may not help much in terms of persuading people to have more babies. Children are a 30-year financial commitment, if not more these days when their own prospects are so bleak, so a few more months at home after giving birth is not much of an incentive except probably for the few.

People today are not having children for all sorts of reasons so it’s not simply an issue of money. There is a huge shift in mentalities occurring when it comes to what once seen as the natural progression of life.

Many couples today see children as a cramp on their lifestyles or careers. Either that or they don’t want to bring a child into a troubled world. Climate change advocates don’t want their children to live on a destroyed planet. Some of them say children have a large carbon footprint and contribute to overpopulation.

These are the unique issues troubling young people in the Western world today, even though combined, Europe, North America and Oceania account for only 15 per cent of the global population of 7.8 billion. Every other continent continues to reach or exceed replacement levels.

In the West at least, we seem to be heading towards a world that undervalues having children and has scant use for the elderly, reducing them to statistics and classing them as burdens on resources. But without the very young and the very old, society would be much poorer. It is from these two demographics, through the family structure, that we learn lessons in patience, understanding, empathy, forgiveness, kindness and tolerance.

If Cyprus wants more children, it will have to look thoroughly at why fewer people want to have them. If it’s due to a change in values then offering a few paltry cash incentives is not going to reverse the trend.

President honours firefighters who went ‘above and beyond’ in Greece