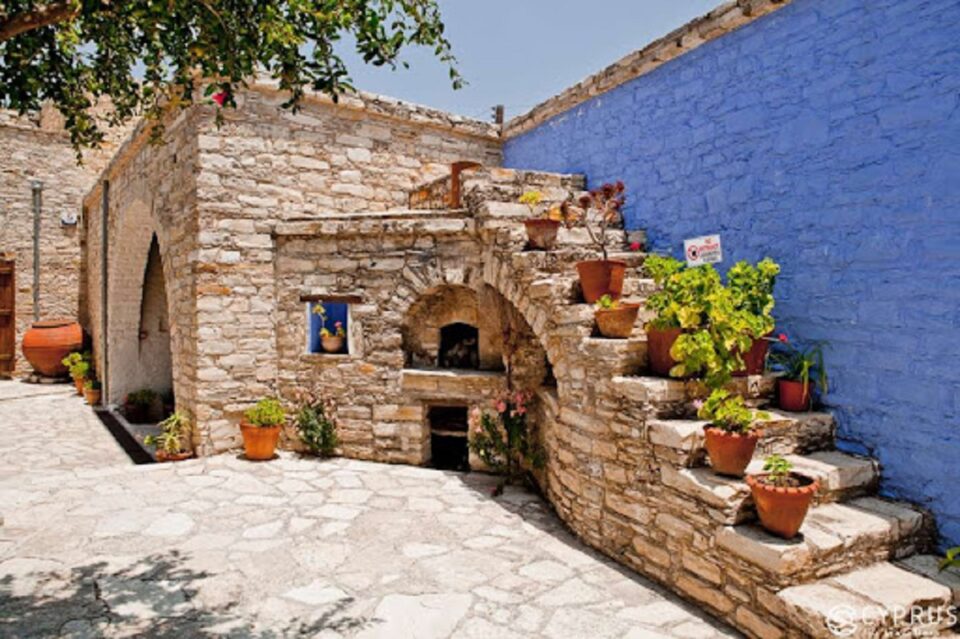 In his autobiographical book, Bitter Lemons of Cyprus, British writer Lawrence Durrell takes the time to meditate about the beauty of the island and how the landscape and architecture were shaped over millennia of invasions and cohabitation with the conquerors. He reflects on the possibility of Cyprus becoming a too familiar place too soon due to its condition of an island but admits that it remains a paradisiac place even for the locals who are aware of the picturesque of their island and know how to sell this image to the tourists.

Even if the country has known an important growth since Durrell was a temporary inhabitant on its land, and now you can see large office buildings and impressive constructions, especially in the big cities, most tourists are attracted by the beautiful stone houses that can still be found in the countryside, especially in the region of Famagusta, where the old practice of dry stone walling can be admired in imposing buildings, some impressively-well conserved and even consolidated.

As the art of building these splendid homes is now part of the UNESCO cultural heritage, substantial grants are offered for conserving and renovating them, so they have become more attractive in the eyes of potential buyers who are thinking about trading their houses and apartments in crowded cities for the tranquility of a robust stone home in a paradisiac landscape. Can this be done? Let’s explore further. 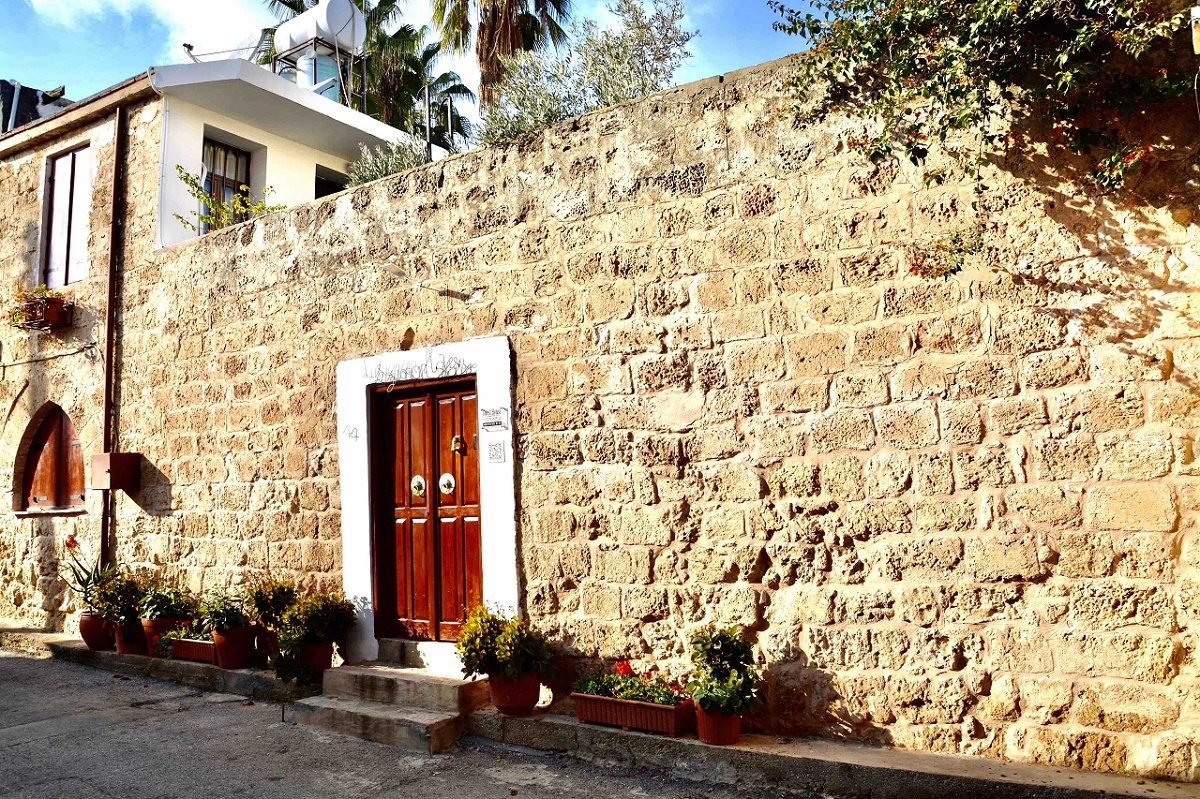 Traditional Cypriot stone houses are now for sale – Is this a good investment?

Stone houses in Cyprus are now renovated and equipped with modern installations that make them more comfortable. Many people buy them in their original condition and use the grant money to restore them and turn them into living spaces, or rent them to tourists for consistent fees.

You can also buy a house that has already been restored, if you can afford it, and skip dealing with quite complicated restoration jobs that would imply finding a craftsman who knows the art of dry stone walling or dealing with the humidity that tends to infiltrate the walls. Many restorers reported having to run dehumidification systems for days, and some admitted that they continued to use a crawl space dehumidifier even when the restoration was done, due to the humid climate. Nevertheless, the freshly consolidated homes sell well, especially when the buyers become aware of the simple but highly functional anti-seismic system, which is implemented in the structure of the buildings. Namely, these constructions are usually made from stone blocks only, which were cut and arranged to fit perfectly, so no adhesive was used to keep them together.

Seeing how Cyprus is in the second most affected zone in the world by seismic activity, a home that can balance with the earth’s movements without falling is exactly what a buyer should seek. Besides this, there is a series of other benefits a buyer could enjoy if they decide to make the investment:

The stone buildings in Cyprus are now protected by UNESCO, as the practice of building dry stone walls is starting to disappear, with fewer and fewer people being interested in learning this art. On the plus side, UNESCO recognition means that traditional stone houses are now suited to receive money for rehabilitation. Grants are approved for owners who decide to renovate their traditional houses under a set of conditions. Namely, they need to maintain the same structure of the house and, if they need to do repairs to the walls, they need to find a craftsman who can use the same technique to rebuild them. The grants are quite generous, nevertheless, so we may be seeing a lot of these beautiful homes regaining their initial splendor.

Stone buildings are among the most durable, and this is the main reason we still can look at constructions that were erected somewhere before our era. Stone can withstand harsh weather and manages to preserve a staggering look even after hundreds of years. However, it is not indestructible, and if the stone buildings aren’t properly conserved, the decay of the material becomes visible.

To get a better look at how stone homes can turn over time into rather gothic constructions with moss growing on the exterior and mold invading the interior, let’s explore the main factors that influence their degradation:

Cyprus has a Mediterranean climate, which means that the inhabitants of the island deal with hot and dry summers and mild and humid withers. The transition seasons are short. What is of maximum importance, however, is that it has a large opening to the sea, so the villages and towns in these areas receive a lot of moist air that transports salt, and this will, in time, deposit on the stone blocks. The rain in the winter, combined with the salt deposits, leads to erosion, and this is how the porous aspect in the rocks appears. As there is basically no adhesive between the rocks or, in some cases, the only glue is dry soil, it is easy to see why the humidity can infiltrate the walls and become an interior problem.

The most common pollutant in this area is sulphur dioxide, which tends to combine with the calcium carbonate in the stone, the result being a layer of hard gypsum that appears at the surface of the blocks. The problem with this layer is that it doesn’t let the stone breathe anymore, and this can lead to the salts inside the rock crystallizing and making the blocks crack. 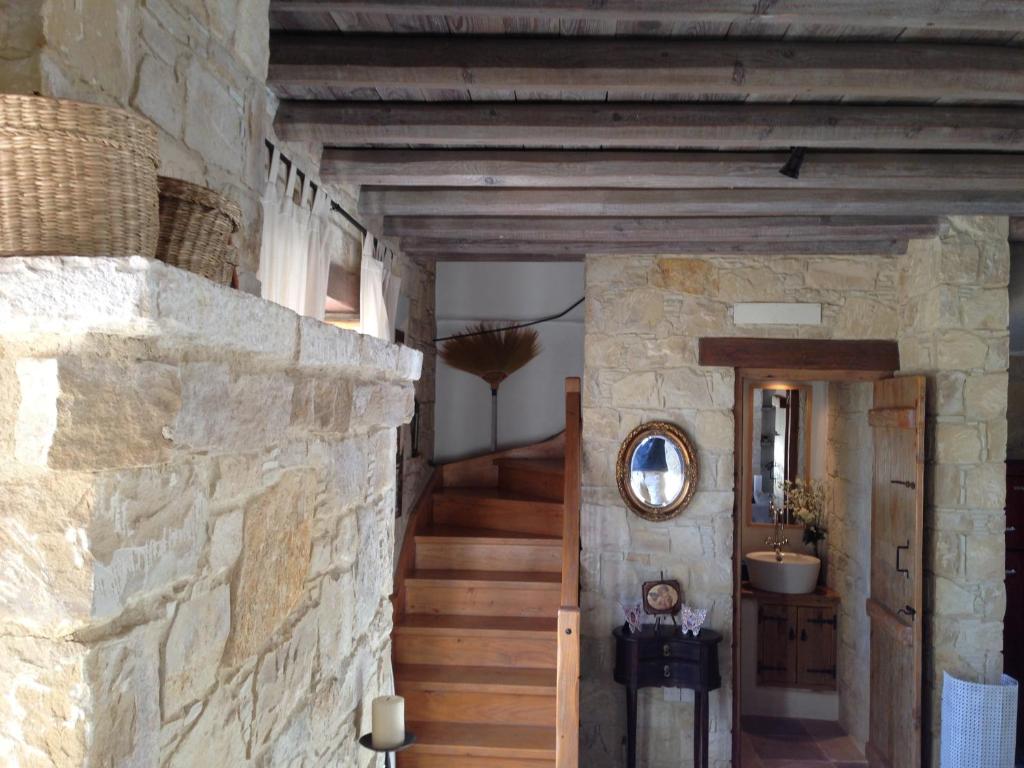 Can traditional stone homes be conserved?

The problem isn’t if they can be conserved, but mostly if the owners are willing to use the right practices so the conservation has long-time effects and doesn’t lead to accelerated degradation instead. The specialists insist on avoiding the method of covering the stone blocks with a water repellent as this no longer allows the stone to breathe and can have more destructive effects in the long run. They usually recommend the use of more natural materials, and here are some of the ideas you can use if you decide to conserve your stone building:

Final Thoughts – Towards a better approach of historic building conservation

Conservation is becoming an important practice in Europe, and more and more countries develop extensive programs designed to protect old buildings and monuments against decay. Traditional stone houses in Cyprus are among these artifacts that have passed through time and landed into a world of supra processing. Returning to Durrell and his perception about islands, we cite him again with the following paragraph: “But that is what islands are for; they are places where different destinies can meet and intersect in the full isolation of time.” We might add that they tend to preserve the marks of essential meetings, and this is one of the main reasons historical conservation is important. The future promises better days for historical buildings, with tax deductions and grants being offered to owners who decide to bring back to life these magnificent structures.

Summary: Cyprus is an attractive tourist destination due to the mild climate and multiple splendid beaches, but many people also enjoy exploring the picturesque Cypriot villages with their traditional stone buildings and even spend a few nights under the protection of the stone walls. And the good news is that these constructions are now protected by UNESCO and on their way to consolidation and conservation.