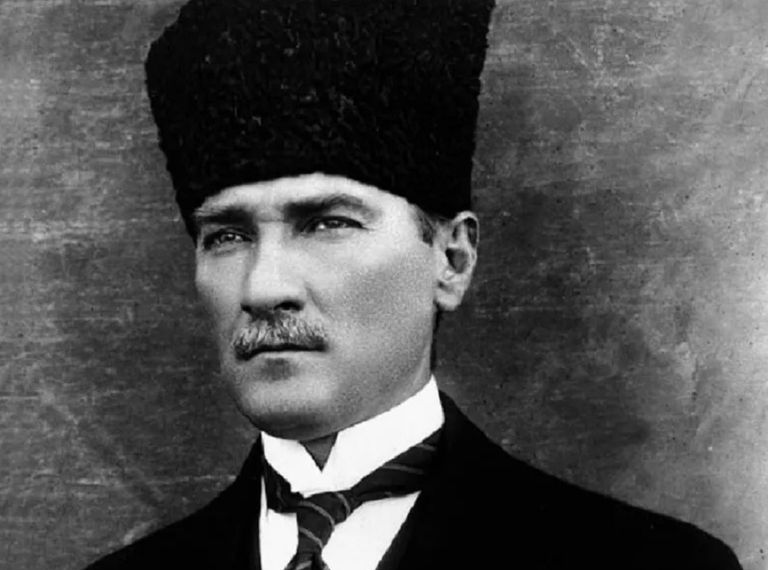 What hope is there if cannot even bear to teach the history, culture and language of the other community

Excising references to Kemal Ataturk, the founder of modern Turkey, from school history books in the Republic of Cyprus smacks of a rewriting of history.

In 1934 Greek prime minister Eleftherios Venizelos nominated Kemal Ataturk for the Nobel Peace prize in a letter to the Swedish Academy part of which is worth an extensive quote.

“The foundation of the Turkish Republic in 1922, when the national movement of Mustafa Kemal triumphed over its adversaries, put a definitive end to instability and intolerance.

An empire in decline, living under a theocratic regime where the notions of law and religion intermingled, was turned into a modern secular nation state, full of vigour and life.

The consolidation of peace went hand in hand with internal reforms which gave the new, predominantly Turkish state the image it has nowadays. Turkey accepted the loss of provinces inhabited by other nationalities and, satisfied with the ethnic and political borders defined by the treaties, she became a true pillar for peace in the Near East.

We, the Greeks, who had been driven for centuries of bloody battles into continuous confrontation with Turkey, were the first to feel the effects of the deep change which occurred in Turkey.

Very soon after the catastrophe in Asia Minor in 1922, we discerned the opportunity of an understanding with a reborn Turkey and offered her our hand in friendship which she took with sincerity.

This rapprochement, which shows that even peoples divided by the most serious differences can come closer to each other when they become filled with the sincere desire for peace, was beneficial for keeping the peace in the Near East.

The man to whom this invaluable contribution in the cause of peace is the President of the Turkish Republic, Mustafa Kemal.

Thus, I have the honour, as the leader of the Hellenic Government in 1930, when the signature of the Greek-Turkish pact marked a new era in the march of the Near East towards peace, to propose Mustafa Kemal as a candidate for the distinguished honour of the Nobel Peace Prize.”

The present government of Turkey is not much enamoured of Ataturk’s secular legacy but has to tread carefully as it is too deeply ingrained in the modern Turkish psyche to disturb more than absolutely necessary. Quite why Greek Cypriot children should be denied access to this progressive historical figure, particularly as he is also a role model for many of their Turkish Cypriot compatriots is incomprehensible and counter-productive and one more nail in the coffin of a bicommunal Cyprus.

It is as if school history books in Britain excised references to Napoleon Bonaparte or the brilliant military campaigns of General Erwin Rommel in North Africa, whom Churchill in chivalrous mode praised in the House of Commons during World War II as, “a German warrior, a daring and skilful opponent and may I say across the havoc of war, a great general.”

I am no educationalist but even I know the importance of imbuing critical thinking in the minds of young people. Ataturk was a great soldier statesman and if there is evidence of blemish in his career other than that of unhistorical broad-brush hindsight, then it should be analysed critically rather than tearing the page containing references to him as a great man – an act of gross vulgarity borne of hatred.

It is no good President Nicos Anastasiades offering the Turkish Cypriot community a return to the 1960 bicommunal constitution while his ministry of education insults the good name of Kemal Ataturk. People are not stupid; they do not judge you by what you say but by what you do.

If Cyprus is burdened with a bicommunal constitution no one wants or respects, let’s be done with it and move on. If however it is not a burden and we want it to work, the RoC government needs to operate it sincerely in a joined up government rather than speak with a forked tongue.

The functional parts of the1960 constitution are operated in suspended animation of the parts requiring Turkish Cypriot participation under the principle of constitutional necessity. However, its declaratory parts are not affected by the necessity principle and have to be observed. And would someone please inform the foreign minister that the constitution is not a figure of speech or a rhetorical flourish but a living document pursuant to which he holds office.

Thus, the provisions declaring the RoC a bicommunal state in Article 2 are still operative as are the parts declaring that members of the Turkish Cypriot community are natural-born RoC citizens as well those declaratory of fundamental rights, including the article that prohibits discrimination against any of the two communities that comprise the RoC – the Turkish community in casu.

Either we are serious about the RoC being a bicommunal state or accept that we cannot even bear the thought of learning the history of the other community let alone anything about its national heroes.  It is no good paying lip service to a bicommunal state to impress foreigners if the truth is that we cannot even bear to teach the history, culture and language of the other community .

The old adage that “you can’t have your cake and eat it” is now a neologism known as “cakism” which sounds awful but useful.  There is a lot of cakism about in Cyprus. Politicians no longer mean what they say or say what they mean; but whereas we can just about tolerate cakists and charlatans, fanatics in positions of power are an altogether different proposition.

People who are unable or unwilling to tolerate other religions, nationalities or their histories, have a fanatical mentality with no place in the government of societies that aspire to be civilised. A fanatical mentality is censorious; it is the kind of mentality that banned the music of Mikis Theodorakis in the last century and burnt books in fascist times.

Tales from the Coffeeshop: Our madhouse is already gearing up for elections