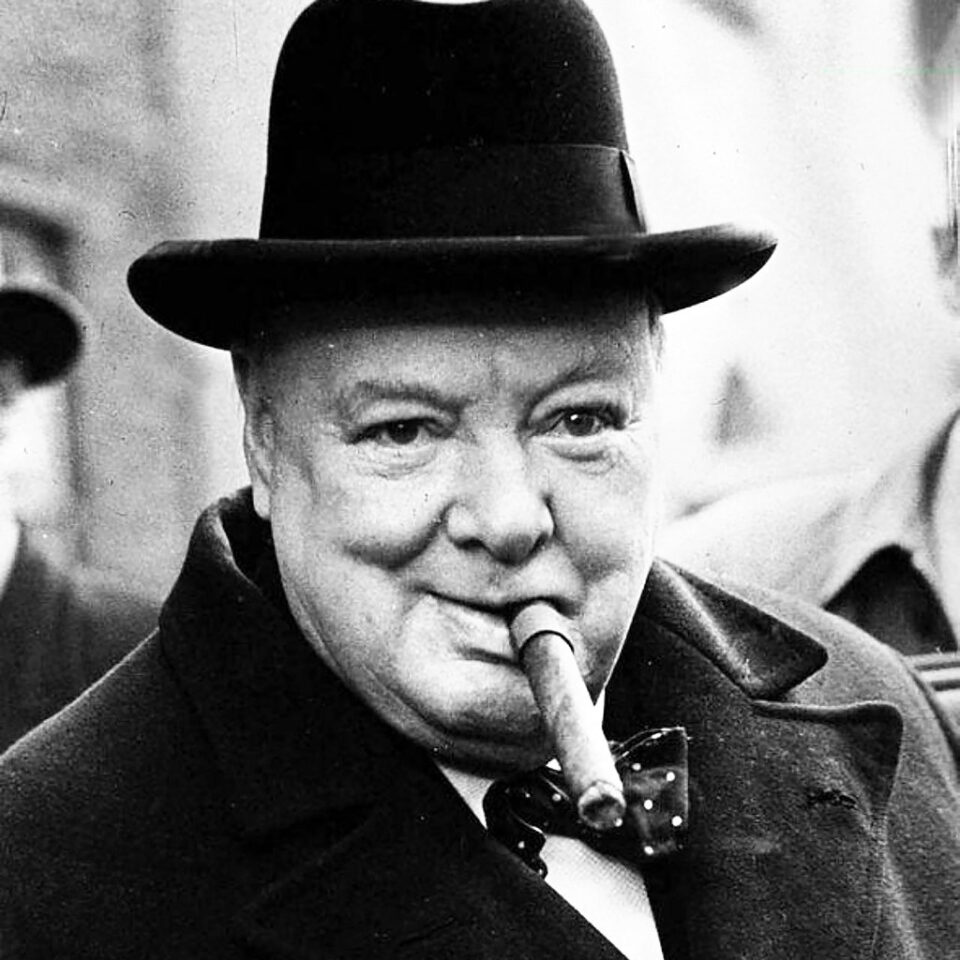 On October 29, 1941, Winston Churchill was invited to deliver a speech at Harrow School, a school that he attended as a boy. At the time the Americans had not entered the war, Poland, France and the Low Countries had all fallen and the United Kingdom was very much fighting on its own against Hitler and the Nazis.

In those desperate times, Churchill shared some of the most inspiring words, urging everyone to “never give in, never, never, never – in nothing, great or small, large or petty – never give in except to convictions of honour and good sense.”

Today, in a way, Cyprus seems to be like the UK and its lonely fight back in 1941. Obviously, not under a similar status of war affairs, but certainly, under a similar status of a fight for survival. Forty-seven years after the Turkish invasion and the military occupation of its northern part, Cyprus is still fighting against illegitimacy and injustice. The international law and relevant UN resolutions clearly suggest and support the restoration of the legitimacy of the island via a settlement of a bi-zonal and bi-communal federation. Nevertheless, the international community seems unable to force Turkey to restore and respect human rights and the international law in Cyprus.

Turkey’s audacity towards the UN Security Council and the European Union’s relevant decisions is not something new. It was also loudly demonstrated a few months ago, when Ankara, not only ignored the calls of the international community to become rational on the Cyprus issue, but provocatively proceeded with several illegal actions in Varosha, extending its occupation in the area and violating all the relevant UN resolutions for the Cyprus issue.

As a response, the UN Security-Council on July 29 condemned once again the relevant announcements made by the Turkish President and the leader of the Turkish-Cypriot Community about Varosha on July 20, calling for the immediate reversal of illegal actions since October 2020 in Famagusta and finally, reaffirming other relevant resolutions.

Undoubtedly, when it comes to discussing the Cyprus issue, the UK has an integral role to play. Not only because it remains one of the three guarantors of the Republic of Cyprus but also because London remains the pen holder of the Cyprus issue at the United Nations.

During the latest discussions at the Security Council for Cyprus, the UK’s effort to maintain a “balanced attitude” was very much felt by everyone in the United Nations building. The UK seemed to be struggling between justice and common sense on the one hand and its own bilateral relations and interests with Turkey on the other. Perhaps in the offices and corridors of the Foreign Office in London, the perception of what a balanced attitude towards Cyprus is seems to be “very clear”. However, the trouble with this perception is how often it is assessed through a pragmatic and objective evaluation.

Should an in depth analysis on Cyprus’ public sphere take place UK policymakers would be shocked by the huge gap dividing their understanding with reality. What the UK perceives as a balanced position on Cyprus, the island’s public opinion, media and political parties usually consider a disingenuous and provocative activity.

In fact, London needs to realise that its current policy on Cyprus is inevitably pushing Cyprus’ understanding of the UK into a “content of enmity”. A “red flag” which repeatedly and through the course of time has been raised by Cyprus politicians in a very polite manner both to the UK High Commissioner in Nicosia and to the various UK officials during their visits, yet without any positive response.

It is essential for London to finally acknowledge the serious risks arising from Turkey’s dangerous behaviour in the eastern Mediterranean and the escalating acquisition of uncontrollable power by the Turkish President Tayyip Erdogan’s regime. Risks, which could not only threaten regional peace and stability but could jeopardise the UK’s long-term interests in the area also.

The state of affairs in Cyprus inevitably generates a severe impact in the equation of power in the eastern Mediterranean. Therefore, a potential – official or even unofficial – endorsement of unacceptable proposals for Cyprus on behalf of the UK, such as peculiar ideas of a successor state and sovereign equality, a two-state solution or a confederation, inescapably, would force the UK-Cyprus relations to perform an “emergency landing” in a harsh, unpaved, and hazardous terrain of Akrotiri and Dhekelia Bases area.

However, things must not be allowed to end up in this unsolicited direction. On the contrary, relations between the UK and Cyprus could lead to a full-fledged understanding. Of course, to see such a thing happen it is necessary for the UK to appreciate Cyprus as a genuine partner and work closely together by promoting common values and interests, regional security and stability, and enhance economic, political, and geopolitical ties.

In addition, concerning the Cyprus issue, London would be expected to take appropriate steps for the rebuilding and restoring of its trust with Nicosia, forming effective channels of communication based on mutual respect and understanding, frankness and genuine UN principles. That is to say that the UK needs be prepared to take the necessary initiatives and assist the efforts in word and deed to reach a solution of the Cyprus problem which will lead to the re-evolution of the Republic of Cyprus, into a bi-communal and bi-zonal federation, with one sovereignty, one citizenship and one international personality, with its independence and territorial integrity safeguarded, consisting of two politically equal communities as specified in the relevant UN Resolutions for Cyprus.

Similar to the UK’s lonely fight back in 1941, Cyprus might be fighting today for justice, freedom, human rights and peace, almost alone. Nevertheless no one should have any doubts or question Cyprus’ determination to follow the UK’s own example and Churchill’s historic inheritance; to never, never, never give in, until the island, is completely free, and reunited, once again.