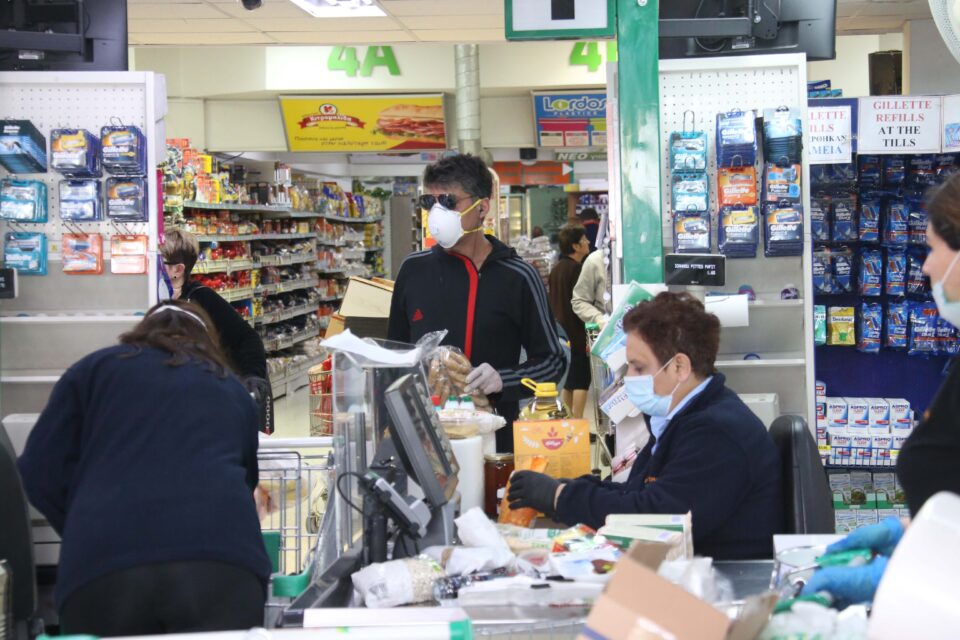 Supermarkets on Thursday hit out against the SafePass requirement in food stores which they said has only caused conflict with members of the public.

In a letter to the health minister made public by the head of the Pancyprian Association of Supermarkets (Pasype), Andreas Hadjiadamou, the group also complained about the steep fines imposed they said threaten to drive them out of business, warning of measures unless the requirement is scrapped.

In at least two cases in the past few weeks, several supermarkets have been each fined €8,000 for either allowing someone in without a SafePass, or having staff working without the permission slip.

In addition, many people who remain unvaccinated are boycotting big shops where SafePass is required and are shopping in small groceries where it is not needed.

“We consider the continuation of this measure in food stores mistaken. The only thing that is achieved is constant conflict and confrontation between businessmen and their clients, members of the public, which is tending to become catastrophic for the businesses, even posing the risk of closure,” the letter said.

The requirement cannot be monitored, leading to unfair competition. “It has resulted in the creation of two categories of shops, putting those which carry out the checks in a disadvantageous position compared to the rest, which are more numerous. This could be irreversible if this measure is not revoked and lead to their closure,” it added.

The fines are debilitating, particularly for small and medium sized companies. How can a small or medium sized food shop survive when it is fined €8000 and €4000 because a SafePass may not have been checked for a few minutes before closure and with only two customers in the shop, the letter queried.

If the SafePass requirement in food shops continues, the association is ready to take drastic action to save the businesses of their members.