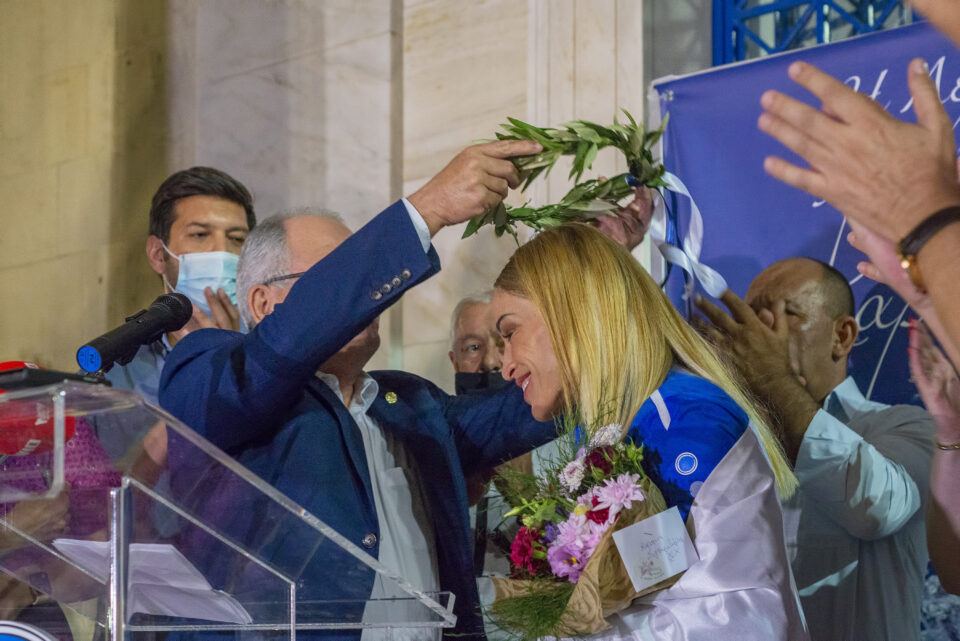 yprus’ Paralympic athletes on Friday called for inclusion of people with disabilities into society during an event in Limassol following their return from Tokyo.

Education and Sport Minister Prodromos Prodromou said Cyprus’ mission in the Tokyo Paralympics was a successful one at the event to honour athletes Karolina Pelendritou, Antonis Arestis and Maria Markou.

The minister said that Cyprus pays respect to the huge efforts of its athletes and supports them. He assured that the state would do its best to support Paralympics, Olympism and sports in general.

Ambassador of Japan, Izumi Seki and the President of Cyprus Sports Organisation Andreas Michaelides also attended the event. Prodromou congratulated each of the athletes and wished them every success in the future and expressed his gratitude to their coaches for their support.

President of the Cyprus Paralympic Committee, Andreas Kamarligos said that despite the pandemic, “our athletes did not give up and carried on with their training and efforts.”

Swimmer Karolina Pelendritou who won two gold medals said that Tokyo Paralympics were a milestone in her career, not only for the two medals, the two world and one European records she garnered, but because this success came at the age of 35. This, she said came 17 years after the gold medal at the Athens Paralympics and 20 years after her first participation, which was at the Commonwealth Games in Britain.

Pelendritou expressed the wish that, in the future, Cypriot society would see differently the issues of people with disabilities and the Paralympic movement and that “this effort does not stop here and our society will integrate these people as they deserve, without discrimination.”

Paralifter Maria Markou who competed for the first time in Paralympic games and won seventh place, said that it was a great experience.

Veteran athlete Antonis Aresti, who will no longer compete, thanked all those who helped him in this effort. He said throughout his career as a track and field athlete he experienced discrimination, and doors had been closed to him. Addressing the youth, he said things might be made difficult for them but it was up to them “to prove everyone wrong”.

He said he became a Paralympic athlete after being inspired by Pelendritou’s successes years ago which led him to distinctions and successes at international and European sports events.