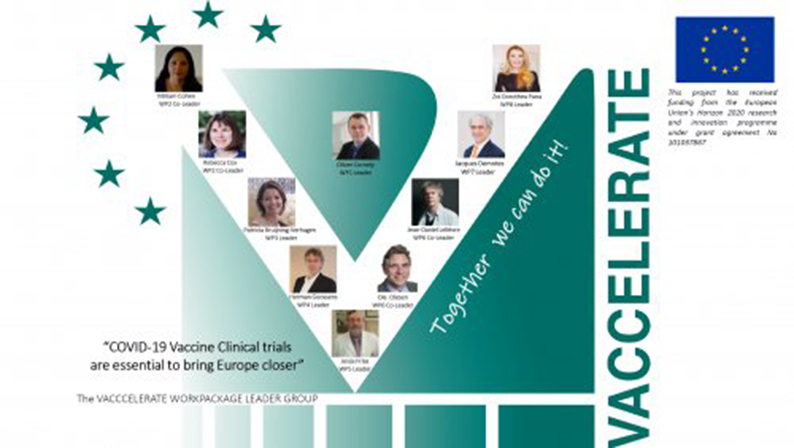 Exact function of EU-funded programme will be clarified soon, no approval given at this stage for clinical trials in Cyprus

No clinical trials with coronavirus vaccines have taken place to date in Cyprus under the EU-funded programme Vaccelerate, while the local bioethics committee has withheld approval for such clinical trials pending the submission to it of relevant studies, it has emerged.

Vaccelerate, which has caused some consternation that children in Cyprus would be recruited into vaccine trials, is a clinical research network for the coordination and conduct of Covid jab trials. The network comprises academic institutions from across Europe: The consortium is led by the University of Cologne, Germany, and currently includes 29 national partners in 18 EU-member states, plus five countries associated with the EU Horizon 2020 research programme.

The project is funded by the European Commission’s activities for future pandemic preparedness, known as the ‘Hera Incubator’. Vaccelerate offers expertise, services, resources and solutions to speed up existing and upcoming development programmes, and market authorisation for new vaccines and vaccination strategies.

Cyprus participates in the project through the European University Cyprus, one of several co-recipients of a combined initial €12 million grant.

Launched in February 2021, Vaccelerate has a duration of 36 months. The programme is broken down into modules or ‘work packages’. The Cyprus team has been assigned Work Package 8, which the Vaccelerate website describes as follows:

“The overall objective of WP8 is the design and implementation of an EU-wide, dynamic, harmonised, and sustainable volunteer registry for phase 2 and 3 vaccines clinical trials with an initial focus on the Covid-19 pandemic, and for the future expansion to any forthcoming European epidemic/pandemic.”

The lead researcher for the programme in Cyprus is Zoe Dorothea-Pana, lecturer in paediatrics at the European University Cyprus’ School of Medicine, and also a member of the covid team advising the health minister.

Last week a Nicosia-based attorney, acting on behalf of clients, addressed a letter to several recipients – including the president, the attorney-general, the auditor-general, and members of parliament – asking questions about Vaccelerate’s activities in Cyprus.

The letter raised concerns about the carrying out of clinical trials, particularly on minors “in light of the commencement of vaccinations of minors aged 12 and above.”

Regarding inoculation of minors specifically, the missive said, “parents are concerned that they are not being duly informed about the research nature of the vaccines administered to their children, and that this alone constitutes unethical conduct.”

Cyprus began vaccinating children aged 12 and over after the cabinet gave the green light at the beginning of August. At the time Health Minister Michalis Hadjipantelas said the cabinet gave the nod following the recommendation of the Cyprus Paediatric Society and the scientific advisory committee on coronavirus.

Hadjipantelas also said the jabs would be voluntary and with the necessary consent of parents or legal guardians.

This government policy decision is a distinct issue to the Vaccelerate programme.

The Sunday Mail reached out to the Cyprus National Bioethics Committee asking if the Vaccelerate representatives here have sought or received approval for the programme.

On its website the committee lists the research programmes for which it has received applications, and its decision in each case. The European University Cyprus did apply to the committee for the Vaccelerate project.

The programme was approved, but only for the aspect that involves the setting up of a registry of prospective volunteers for future clinical trials.

Regarding the aspect of the application relating to clinical trials per se, the committee’s decision – posted online – said a new, standalone application to it would need to be filed for “full bioethical assessment and approval.”

The wording appears to imply that Vaccelerate’s agent in Cyprus sought permission for clinical trials, but that the bioethics committee withheld approval for this aspect at this stage.

Despite contacting the bioethics committee, it was not possible to clarify the apparent ambiguity on this point.

In a brief emailed response to the Sunday Mail, the committee said it does not disclose details of research programmes submitted to it, and that this information should be sought from the researchers themselves.

The bioethics committee is chaired by sociologist Constantinos Phellas – who also sits on the advisory team for Covid.

We next contacted Dorothea-Pana, the lead researcher with Vaccelerate in Cyprus. She said that, so far, no clinical trials whatsoever – on either adults or minors – have taken place as part of the project.

Such trials could not have occurred at any rate, she added, given they have not received the relevant authorisation yet.

She added that, for the moment, Cyprus’ participation in Vaccelerate does not involve clinical trials – these are carried out in other countries.

The Cypriot component of Vaccelerate involves only the creation of a platform – a registry of persons who express an initial interest (under no commitment) to participate in prospective clinical trials in the future.

So far, 132 people have registered in Cyprus.

Asked whether clinical trials might take place here at some point down the line, Pana would not rule it out entirely.

The scientist said she would soon call a news conference so as to provide details and explain what it is exactly that the Cypriot component of Vaccelerate does and does not do.

Beyond Vaccelerate itself, a broader question comes up – did the cabinet consult the bioethics committee prior to giving the go-ahead to inoculating teenagers for the coronavirus?

The Sunday Mail understands from informed sources that a member of the bioethics committee resigned recently – precisely over frustration with the state sidelining the body in matters of Covid vaccination policy in general.

The last time the bioethics committee weighed in on the subject dates back to January, when it issued an opinion on the prospect of mandatory vaccinations.

In that opinion, it defined ‘mandatory’ as either through legislation or statute, or indirectly via “the imposition of sanctions or other measures in the event of non-compliance.”

Its opinion likewise covered cases that might involve direct or indirect imposition of vaccination in private corporations (staff and/or customers), schools (pupils and teachers), and the healthcare sector.

Though stressing that immunisation is key to tackling a pandemic, the committee noted among others:

“The principle of justice provides that all citizens are treated fairly. This includes a fair distribution of health outcomes across all social strata. The imposition of mandatory vaccination for Covid-19 could lead to injustices, such as stigmatising or discriminating citizens who are not vaccinated either by choice or due to other personal or social circumstances.”

It’s understood the bioethics committee has since not revised nor amended the position it expressed in January.