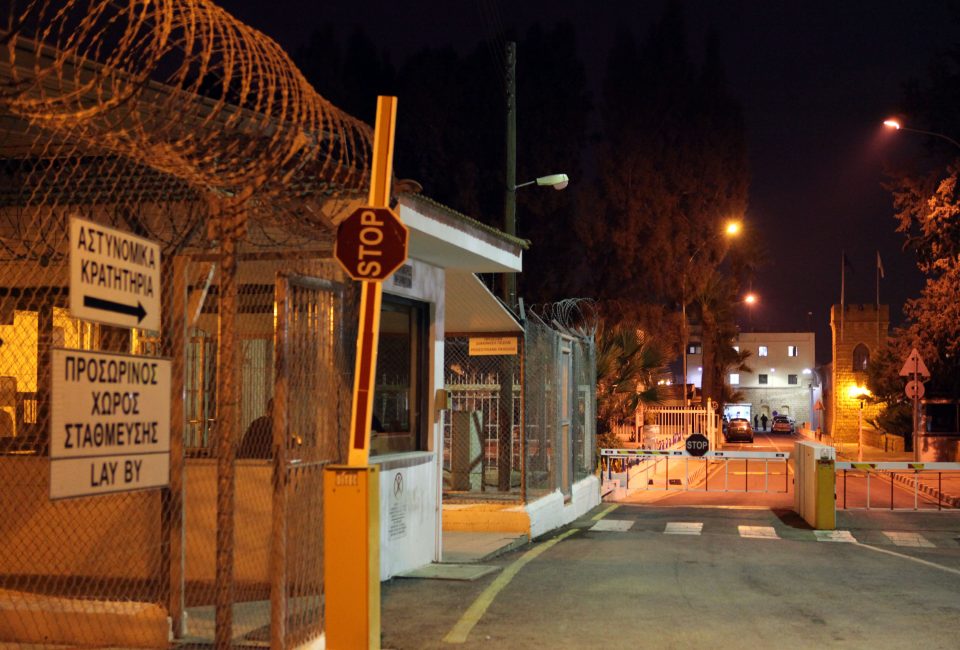 People on remand and defendants receiving custodial sentences will be temporarily held at police stations after several coronavirus infections were detected in the central prisons, police there confirmed on Tuesday.

Following reports that new inmates at the Nicosia facility have tested positive for coronavirus, police spokesman Christos Andreou told the Cyprus Mail that the force took “some additional measures”.

“Some arrangements were put in place so that people who are detained, will not be taken to the central prisons, but instead will be kept in cells at police stations that are designated as prisons,” Andreou said.

The decision, which was described as “temporary”, includes people who received prison sentences in the last few days.

“I imagine this will happen for a few days,” Andreou said.

However, sources have confirmed that courts have been notified of the situation in the central prisons and have been instructed to temporarily issue alternative decisions to remands when possible, such as ordering suspects to surrender their travel documents.

According to daily Politis, the cases were detected in a building in the prison assigned as a ‘quarantine’ of sorts where new prisoners are temporarily held until they are cleared.

The outbreak reportedly started from a male prisoner who had tested negative in a rapid test while in police detention, but later tested positive.

Prison governor Anna Aristotelous was not immediately available for comment.

Last month, police also had to detain for longer, a mentally ill patient who had been committed for treatment at Athalassa psychiatric hospital, because the facility had exceeded its capacity and could not to receive him.