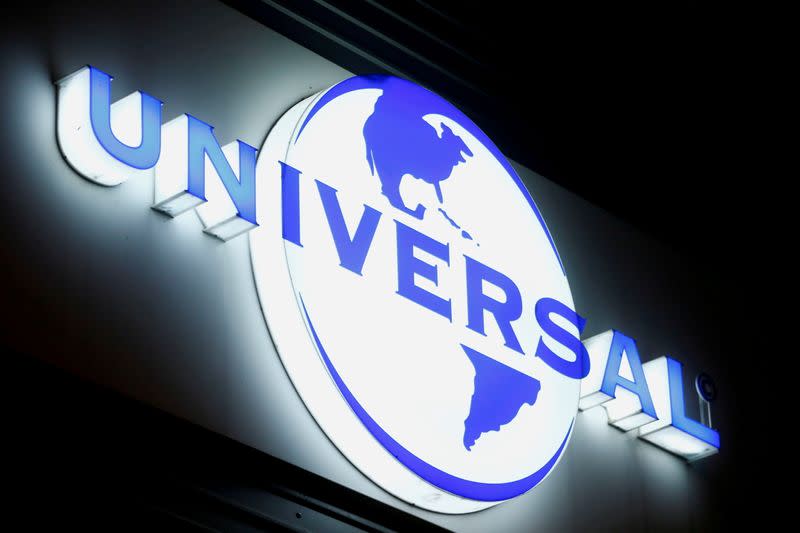 Universal Music Group’s (UMG.AS) shares leapt more than a third in their stock market debut on Tuesday as investors bet a boom in music streaming still has a long way to run.

The world’s biggest music label, which represents musicians and song catalogues from Billie Eilish to The Rolling Stones and Bob Dylan, saw its market value leap to 47 billion euros ($55 billion) in Europe’s largest listing of the year.

The company was spun off by France’s Vivendi (VIV.PA), which handed a 60 per cent stake in Universal to its shareholders. Vivendi saw its market value drop by two thirds to about 12 billion euros, according to Refinitiv data, as it refocuses on other media assets such as pay TV brand Canal+.

Big winners from the Amsterdam listing include US hedge fund billionaire William Ackman and China’s Tencent (0700.HK), alongside Vivendi’s controlling shareholder Vincent Bollore, who are retaining large slices of Universal.

Universal Chairman and CEO Lucian Grainge will also get bonuses linked to the listing that a source close to the company said would amount to at least $140 million.

Universal’s shares were trading at 24.97 euros by mid-session trading, up around 35 per cent from their reference price of 18.50 euros. Shares in Bollore (BOLL.PA), which holds 27 per cent of Vivendi, were up 2.4 per cent, while the Amsterdam-listed shares of Ackman’s Pershing (PSH.AS) were up 4 per cent.

At that price, Universal – the biggest of the “big three” record labels – trades at a 25 per cent premium to its only listed competitor, Warner Music (WMG.O), said analyst Matti Littunen of Bernstein. Both compete with Sony Music .

“No sign of a European discount here,” Littunen said in a note, adding that the stock’s performance would reduce pressure to seek a dual US listing for Universal, which is based in Hilversum, Netherlands, but has headquarters in Santa Monica, California.

The strong debut is also a vindication for Ackman, who was forced into an embarrassing U-turn after US regulators blocked his plans to invest into Universal via his special purpose acquisition company (SPAC) in July.

Ackman, whose grandfather was a songwriter, instead opted to take a 10 per cent stake via his main Pershing Square hedge fund, which is now sitting on a paper gain of more than 30 per cent.

Amid the streaming boom, Universal – whose other hit singers and catalogues include Justin Bieber and The Beatles – hopes to build on deals with ad-supported sites such as TikTok and YouTube as well as streamers led by Spotify.

“I believe that we’re only at the beginning of the next wave of growth as music subscription and ad-supported consumption is scaling globally and has a long runaway ahead,” Grainge told Reuters.

Part of Universal’s business derives from the rights attached to its huge catalogue, and it also collects royalties for the artists it represents across social media platforms and performance fees whenever their songs are played.

The COVID-19 pandemic hit live concerts and Universal’s merchandising business, but ad-supported revenues have picked up after a blip.

Its flotation carries high stakes for Vivendi, which hopes to rid itself of a conglomerate discount that it believes has weighed on its shares.

Vivendi said last week it was set to purchase another stake in Lagardere, paving the way for a potential full takeover of the Paris Match magazine owner.

Universal has increased sales for six years in a row, with core earnings of 1.36 billion euros in 2020 on revenue of 7.43 billion euros. It has forecast revenue growth of at least 10 per cent this year and in the high single digits after that.

The listing is the latest win for Euronext in Amsterdam, which has grown as a financial centre since Britain’s departure from the European Union. Before Universal, Amsterdam had attracted a record 14 IPOs this year.

The deal was handled by 17 banks which are expected to make a combined $60-$65 million in fees from advising Vivendi and Universal, with BNP Paribas and other lead advisers taking the largest share, according to Refinitiv estimates.