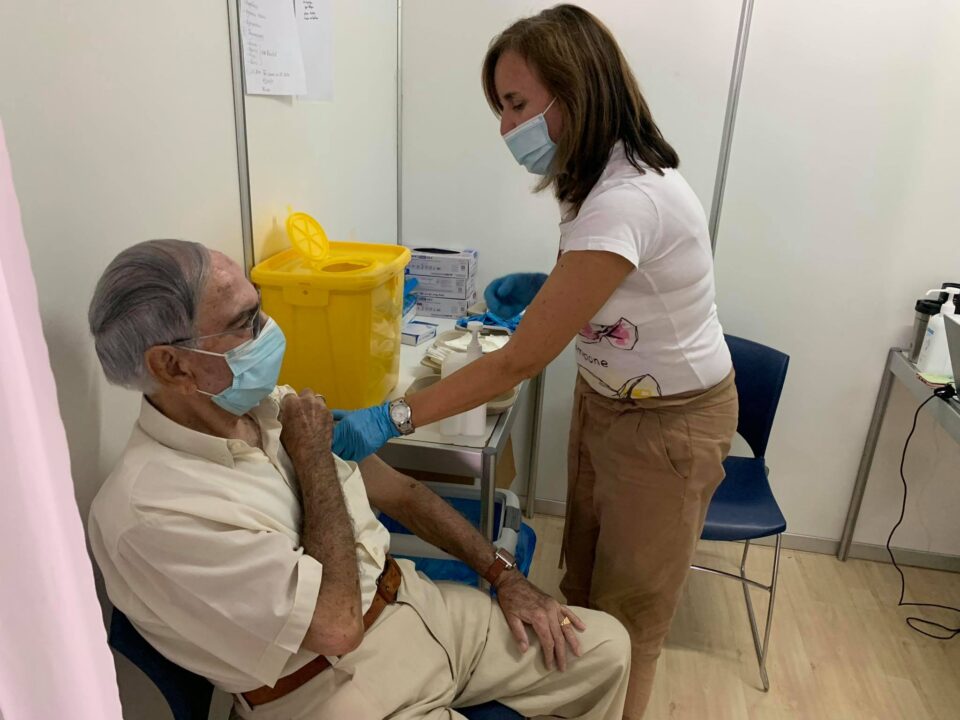 Booster shots will be available for people above 83 at walk-in vaccination centres starting Monday, the health ministry said on Friday.

Only mRNA vaccines Pfizer and Moderna will be used for the booster jab, irrespective of the type administered initially.

The following walk-in centres will operate between Monday and Thursday from 8am to 1pm:

Eligible for vaccination with the additional dose are people who have completed their vaccination by March 31 and fall into the age group announced each time.

The health ministry said that announcements will be issued for more age groups “depending on interest” and after vaccinations for the particular age group are complete.

The roll-out of booster shots for priority groups such as health professionals and the immunocompromised has already began, with vaccinations at nursing homes almost complete.

According to the most recent data, 80.6 per cent of the population have received at least one dose of the vaccine and 77.1 per cent are fully vaccinated.

In addition, 40.7 per cent of teenagers aged 16 and 17 have received the first dose while 34.9 per cent are fully vaccinated.

Fire in Prodromi, third of the day, under control (Update 2)

Selena Gomez breaks down 15 looks from 2007 to today