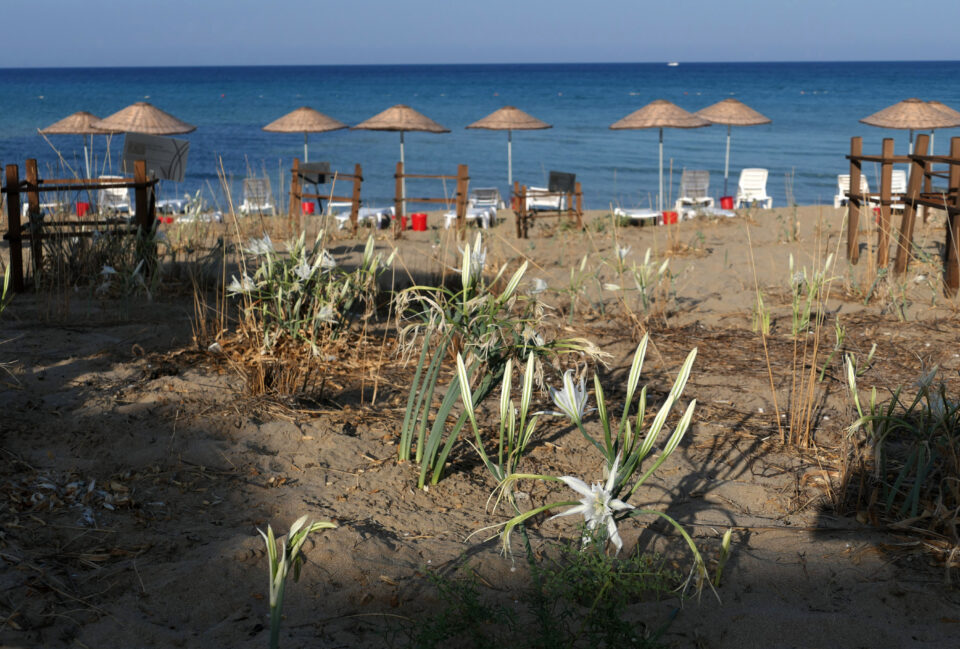 Sea daffodils are in bloom on the beach in the fenced city of Famagusta, having sprouted up among the umbrellas and sunbeds that the authorities in the north have set up in front of the abandoned hotels and apartment buildings, the Cyprus News Agency reported on Friday.

The Pancratium maritimum, a bulbous plant with fragrant white flowers, grows on a number of Cyprus beaches besides Famagusta, including Akamas, the Akrotiri peninsula, Ayia Napa, Protaras, Ayios Amvrosios in Kyrenia and the Karpas peninsula from August to October.

It takes its name from the Greek words pan (all) and krateos (strong), a reference to its resilience, thriving at it does, on dry sandy soil, and its medicinal properties. Maritimum denotes its occurrence in coastal areas.

Known from antiquity, it was depicted on ancient illustrations of the Minoan era at Knossos and archaeological sites in Santorini.

The sea daffodil is listed in the red book of Cyprus flora as near threatened. Though known for its resilience, the plant’s habitat and population are under considerable pressure from human activity in coastal areas. Fortunately, significant numbers are to be found in protected Natura 2000 areas.

The species Pancratium can be found on both sides of the Mediterranean, as well as in tropical areas of Asia. It belongs to the family of Amaryllidaceae.