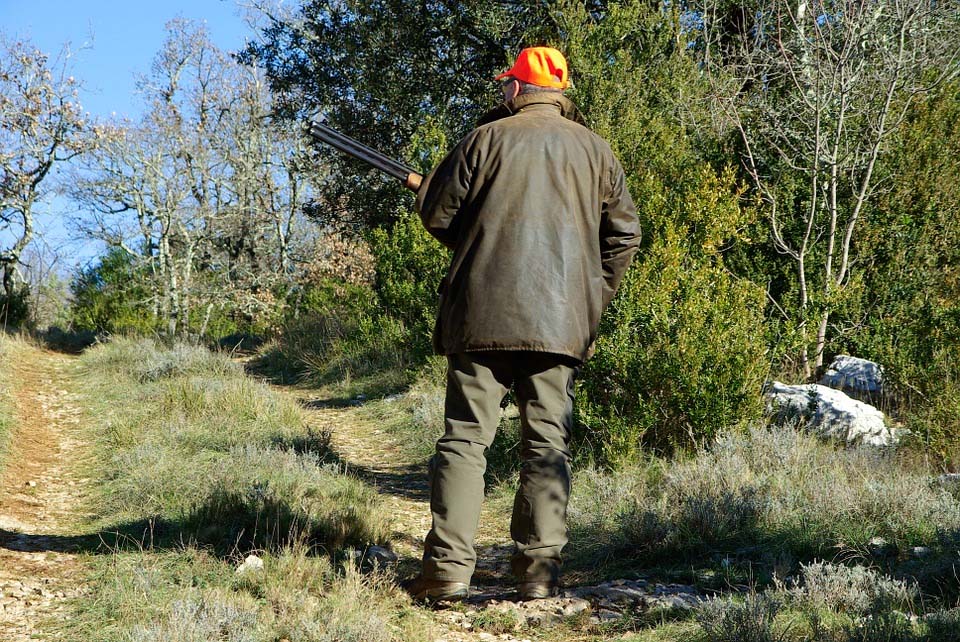 Hunting too close to homes is infuriating residents

Residents in rural areas islandwide have been complaining over what they believe to be illegal hunting near their homes since the hunting season started late last month.

Sleep after a long and hectic week is important but imagine waking up early Sunday morning to the sound of gunshots, only to discover there is a person holding a gun less than 100 metres from your house.

This is what readers have reported to the Cyprus Mail since the beginning of the current hunting season on August 22.

“My husband and I were alerted by very loud sounds of gunfire just down from our home. In fact the man was about 70 metres from our house which is situated just outside Ineia overlooking the Akamas,” one woman told the Cyprus Mail recently.

“We live within a residential area, but we are hearing and seeing hunters shooting all around us all the time,” the woman, who did not wish to be named, added.

Another person said they saw hunters near a road and houses, even before the hunting season begun.

“I saw two hunters there holding guns standing on a road which is marked with signs as a prohibited hunting area, but I did not see them shoot so I didn’t report them,” 24-year-old Jenny Savva said.

The Ineia resident also reported that several makeshift hides for bird shooting were erected opposite a farm in Flasou, where hunting is apparently permitted, but they had been made in the beginning of August, when hunting was still prohibited.

The game service told the Cyprus Mail that as of last week, a total of 29 hunters had been booked for shooting in prohibited hunting areas so far this year, in comparison with the 23 fines issued last year for the same offence.

On the first day of the season, four hunters were fined for a total of €10,300 for illegal hunting in Paphos, Nicosia and Limassol.

“Since the beginning of the year, 59 cases have been reported and a total of over €300,000 in fines has been imposed, while another 266 fines have been issued for less serious offences,” spokesman Anayiotou said.

Fines average at €5,000 with the lowest being €25 for someone who has a hunting licence but fails to present it, while a whopping €40,000 fine can be imposed for killing a protected moufflon, which is included in the endangered species list, the spokesman added.

For the same offence but also for the offence of poaching during the night the court can impose a fine of up to €50,000, while the highest prison sentence a court can impose for relevant crimes is four years for overnight poaching.

However, in many cases game service officials do not arrive at the scene on time to arrest the offenders, with people who identified illegal hunters and contacted the service saying that “by the time the officers arrive, the hunters leave”.

According to the game service, there are 230 employees who are divided into three shifts and patrol 24 hours for illegal hunting and fire prevention.

Residents who live between Dali and Potamia told the Cyprus Mail that the problem is particularly acute in their area, especially after a new hunting area was designated, raising questions as to its legality.

“Where previously there had been an area where hunting was forbidden, suddenly, without any warning, without communicating to the people who live locally, a new hunting area opened almost on our doorstep,” resident Duncan McCowan told the newspaper.

About four weeks ago, signs marking the hunting area were put up only a dozen metres away from Ayios Demetrianos, a 13th century church, and the old water mill of Dali.

According to the locals, the opening of the specific area for has been a long-standing request of the hunters, with some claiming the game service opened up the area “to satisfy the hunters”.

Since hunting takes place on Sundays, McCowen said it was “extremely upsetting” for people who want to visit the church and try to enjoy their weekend.

But the main issue is that this new area seems to not conform to the regulations, as it is situated just over 100 metres from the English teacher’s house but also other residences in the area.

“We don’t have a problem with legal hunting but illegal hunting and the inability of the game service to implement the law. That’s our complaint,” McCowan said, adding that he is speaking for everyone who legally resides in remote areas.

This was confirmed by another local who said one of the signs is only 40 metres from his holiday home in the area.

And the residents said that hunters were shooting in the area even in previous years when hunting was not allowed.

Residents are also concerned about the cartridge cases falling on nearby properties, cars and even on people who happen to be sitting at their garden.

“We have taken action within the local community, we are collecting signatures and we’ve written letters addressed to the relevant authorities,” McCowan said.

Last month, a letter was also sent to the game service by the owner of a nearby farm, complaining that signs were put up at a distance of 40 metres from the fence of his property.

“We want to believe this is a mistake that you will correct immediately by moving the signs to the right distance from our premises, in accordance with the laws and regulations,” the letter said.

The property has a building permit according to the owner of the farm who wished to remain anonymous, and it is used to cultivate fruits and vegetables, while they also have chickens and rabbits. There are also accommodation facilities and a workshop, but the premises do not have a permit to operate as a farm for the last several years.

However, according to the owner, “the fact that we don’t have large animals is not an excuse to allow hunting next to our building”.

The owner said they spoke with the game service but so far, they have not received a response to the letter.

Speaking to the Sunday Mail, the spokesman of the game service confirmed they received a request form the local hunting association to allow hunting in the area, but added that the opening was according to the law, which “covers the basics”.

Anayiotou said they “were not obliged by the legislation to make that area prohibited for hunting” in the first place, and that since the farm was “abandoned” they decided to open it up for hunters.

The regulations do not refer to farms but only fenced-off areas, Anayiotou said.

“We took into consideration all of these [facts],” he said.

Isolated churches or antiquities, meanwhile, are also not mentioned in the relevant legislation.