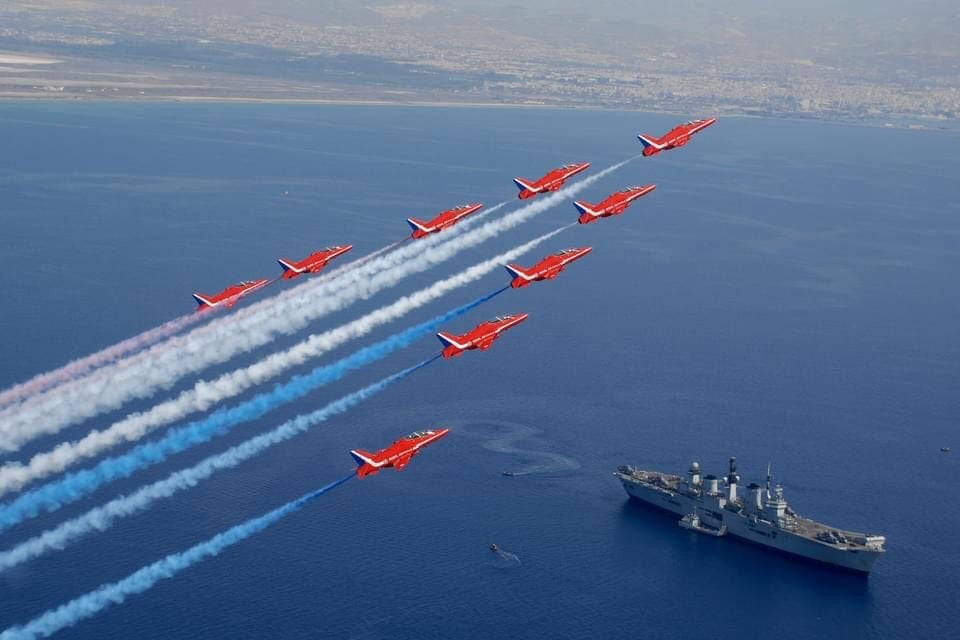 The Red Arrows – the Royal Air Force Aerobatic Team – will fly over Cyprus on Tuesday afternoon, on their way to the United Arab Emirates, the British bases announced on Monday.

The Red Arrows are expected to arrive at RAF Akroriti on Tuesday afternoon and have agreed to conduct a flypast of Episkopi and Akrotiri station on arrival.

Although the flypast cannot be guaranteed due to weather and fuel requirements, those who wish to see it should aim to be outside between 4.05 to 4.15 local time, a British bases spokeswoman said.

“They will approach from the Pissouri direction and fly over Paramali and the Main Garrison from West to East prior to flying over RAF Akrotiri from the West,” the announcement added.

The Red Arrows are the aerobatics display team of the Royal Air Force based at RAF Scampton. The team was formed in late 1964 replacing a number of unofficial teams that had been sponsored by RAF commands.

According to the official website, the Red Arrows can “identify and manage threats before they materialise through intelligence, surveillance and reconnaissance (ISR)” but also “rapidly deploy aircraft and personnel around the world to deter conflict”.

The team is currently active across four continents with significant operations in Eastern Europe, South Atlantic, and the Mediterranean.