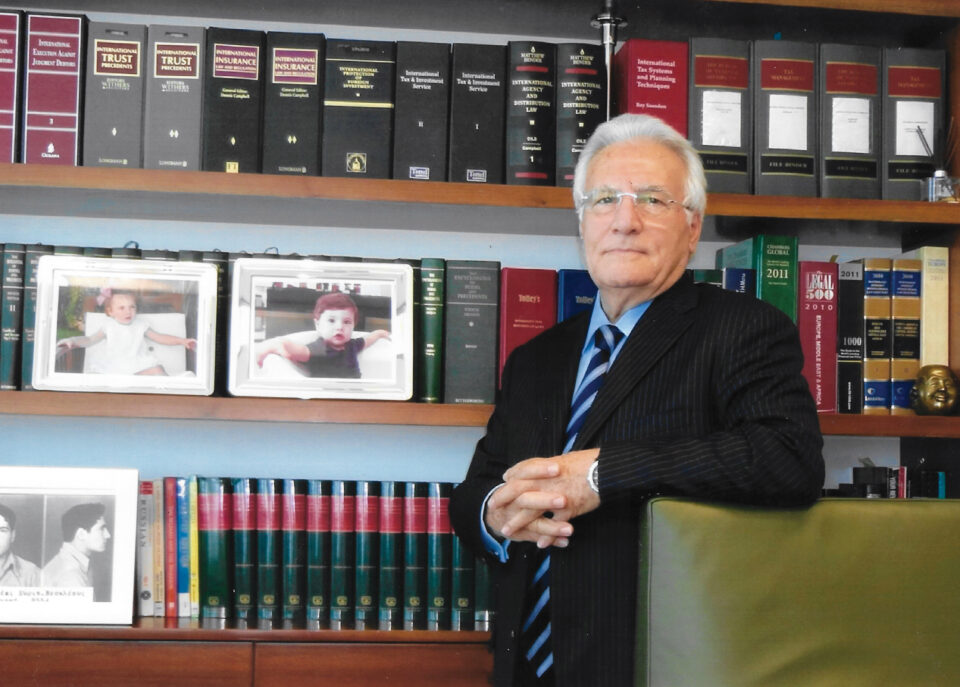 Prominent lawyer, businessman and owner of the Cyprus Mail newspaper Andreas Neocleous died on Friday at the age of 82 after suffering from coronavirus.

Born in Episkopi, Paphos on July 3, 1939, Neocleous graduated in law from Athens University in 1964 and was admitted to the Cyprus Bar in 1965.

The headquarters of the Neocleous Law Office is in Limassol, but has offices in Nicosia, Brussels, Moscow and Luxembourg. It employs around 90 lawyers in Cyprus and has 17 partners. It is the first Cypriot law firm in international evaluations.

He also founded the Neocleous Cultural Foundation which has held a series of events in Limassol and issued publications.

In 2019, Neocleous also became the owner of the Cyprus Mail newspaper, the island’s oldest.

In May 2021 his publishing company came to an agreement with Kazantzakis Publications and proceeded to publish and distribute all the works of Greek writer Nikos Kazantzakis through the newspaper Politis every Sunday.

As a young man, he was a member of Eoka. Although he was a minor he was arrested by the British authorities and was held in the Central Prison for three years where he developed his love for Kazantzakis.

During the 1970s Neocleous became actively involved in politics.

On July 16, he was elected Member of Parliament for Limassol of the United Party in the 1970 elections and completed his term on September 19, 1976.

He was one of Glafkos Clerides’ closest associates and a member of the Democratic Rally (Disy) since 1976.

He is survived by his wife Lia and two children, Elias and Panayiotis, who are also lawyers.

The Cyprus Mail express their deepest condolences to family and friends.

The funeral will take place on Monday, October 4, at 2 pm, at the Panayia Chrysifiliotissa church in Ayia Fyla, Limassol.