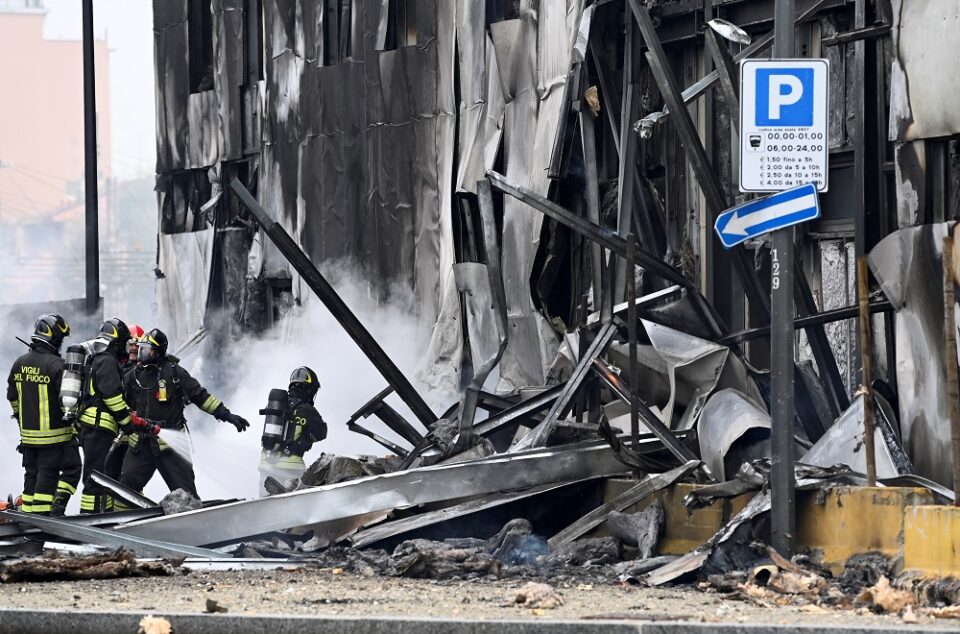 Fire fighters work at the scene where a small plane crashed into a building in San Donato Milanese, Italy. REUTERS/Flavio Lo Scalzo

A small private plane crashed into an empty building on the outskirts of Milan, northern Italy, on Sunday, killing all eight people on board, police said.

The plane, which took off from Milan’s Linate city airport, was headed for the island of Sardinia, officials said.

The crash occurred just outside a suburban metro station.

People in the area could hear a blast when the plane collided with the two-story building, which was empty at the time as it was being renovated.

Flames and smoke shot in the air and several vehicles parked along the street caught fire, witnesses said, but no other casualties were reported.

Should Russia and the United States become allies again?