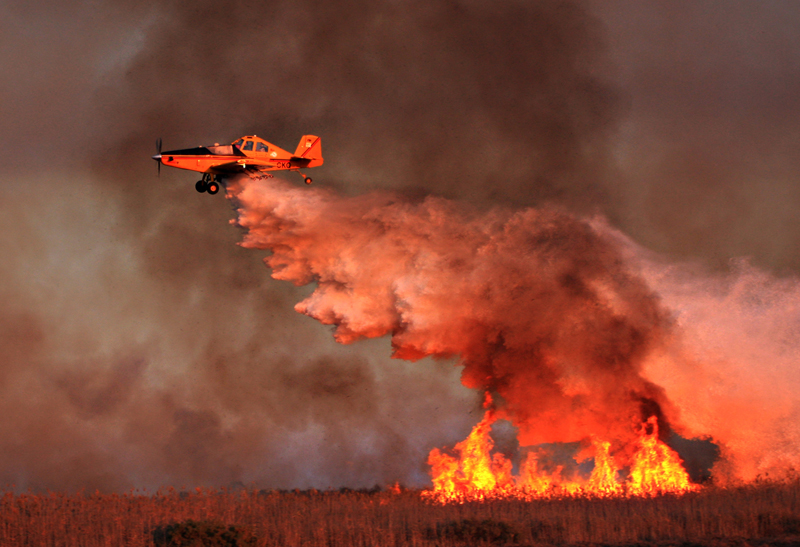 Captain Stelios Kotzikas, the Republic of Cyprus Forestry Department’s Aerial Fire Fighting Unit Chief Pilot, has paid tribute to a working relationship with the Bases that dates back to 1983.

Speaking at the Akrotiri Environmental Centre prior to delivering a presentation on aerial firefighting, he was also keen to highlight the importance of having an aircraft based permanently at RAF Akrotiri since 2006.

He explained: “The cooperation between the RoC and the Bases as regards fire matters began in 1983, when a RAF helicopter was sent to combat a fire in Cyprus.

“Since then, the cooperation has been upgraded and has become stronger, covering mutual assistance between the two in order to fight wildfires that break-out in huge numbers every year over the whole island. Common training is also carried out.

“Since 2006 the Forestry Department Flight Unit operate from RAF Akrotiri in order to support the aircraft to fight fires in the Limassol District.

“RAF Akrotiri supports the airplanes with fuel and ground support equipment and the Control Tower assists the aircrafts operationally.”

He also pointed to the significant upgrades made at RAF Akrotiri to support those efforts.

“In 2020, the Forestry Department Flight Unit established new, modern equipment, to load the planes with water, foam and retardant, making RAF Akrotiri a firefighting air tanker base that can be used by light and medium aircrafts for aerial firefighting,” he said.

‘’We also have two Air Tractor 8032F aircrafts on standby, which means two aircrafts at RAF Akrotiri, two in Larnaca and two helicopters in Paphos, often operate from Akrotiri in order to fight fires all over the island.”

And the aircrafts presence, he believes, is of huge benefit to both the RoC and the Sovereign Base Areas

“All these aircraft are a great asset for the SBAs, as there is an agreement that in case of a fire within the SBAs, they will immediately take off and fight the fires.

“Both the Bases and the RoC Fire Departments work together on firefighting, life, livestock and property saving and together they form a great team that serve people and the environment in the best way possible.”

The presentation itself, which was attended by the public and officials from the Bases Defence Fire and Rescue Service (DFRS) and the 84 Squadron helicopter crew, also provided advice on fire prevention.

Dr Thomas Hadjikyriakou, who runs the Environmental Centre, said: “Stelios is a highly skilled firefighting pilot with vast experience both in Cyprus and abroad, including Israel and Greece. 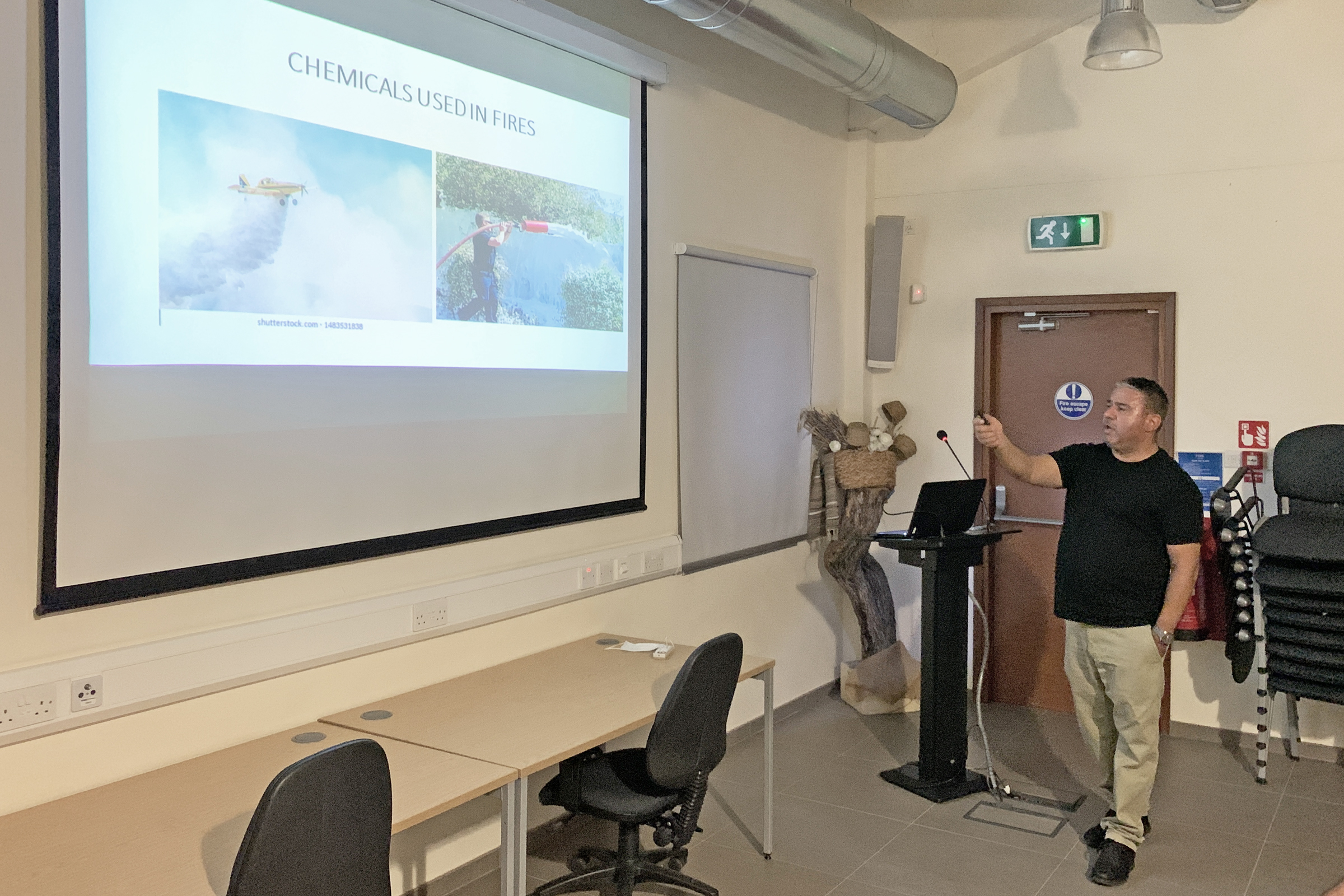 “Despite his heavy programme coordinating the aerial firefighting efforts across the island, he was kind enough to prepare and give a presentation, explaining the usefulness and importance of using aerial means to detect and combat forest and countryside fires.

“This presentation aims to educate the public on fire prevention and control, in households, the workplace, the countryside and forests. It is the third in a series alongside the Forestry Department and the DFRS and more are to follow.”

The RoC Forestry Department were also involved in a flypast with 84 sqn at the annual Garden Reception, which guests both form the RoC and the Bases were delighted to see.

No results so far from investigations into Akrotiri area