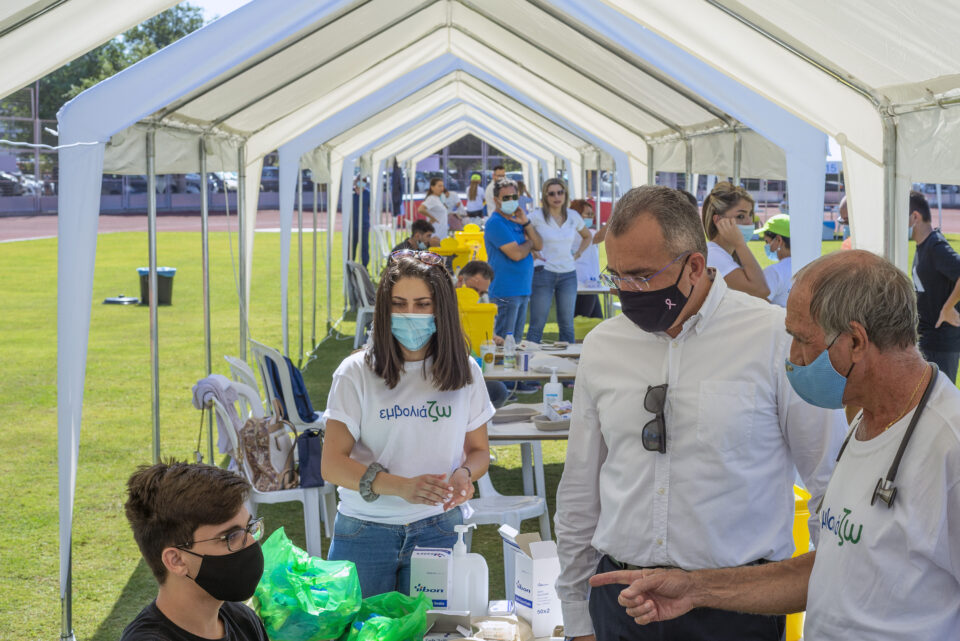 A total of 949 people received one dose of a coronavirus vaccine at a special walk-in centre set up at the Lanition stadium in Limassol on Sunday, the ministry of health said.

First, second and third doses were available to relevant sectors of the public.

The walk-in remained open until 3pm for first, second or third doses of the Pfizer vaccine. 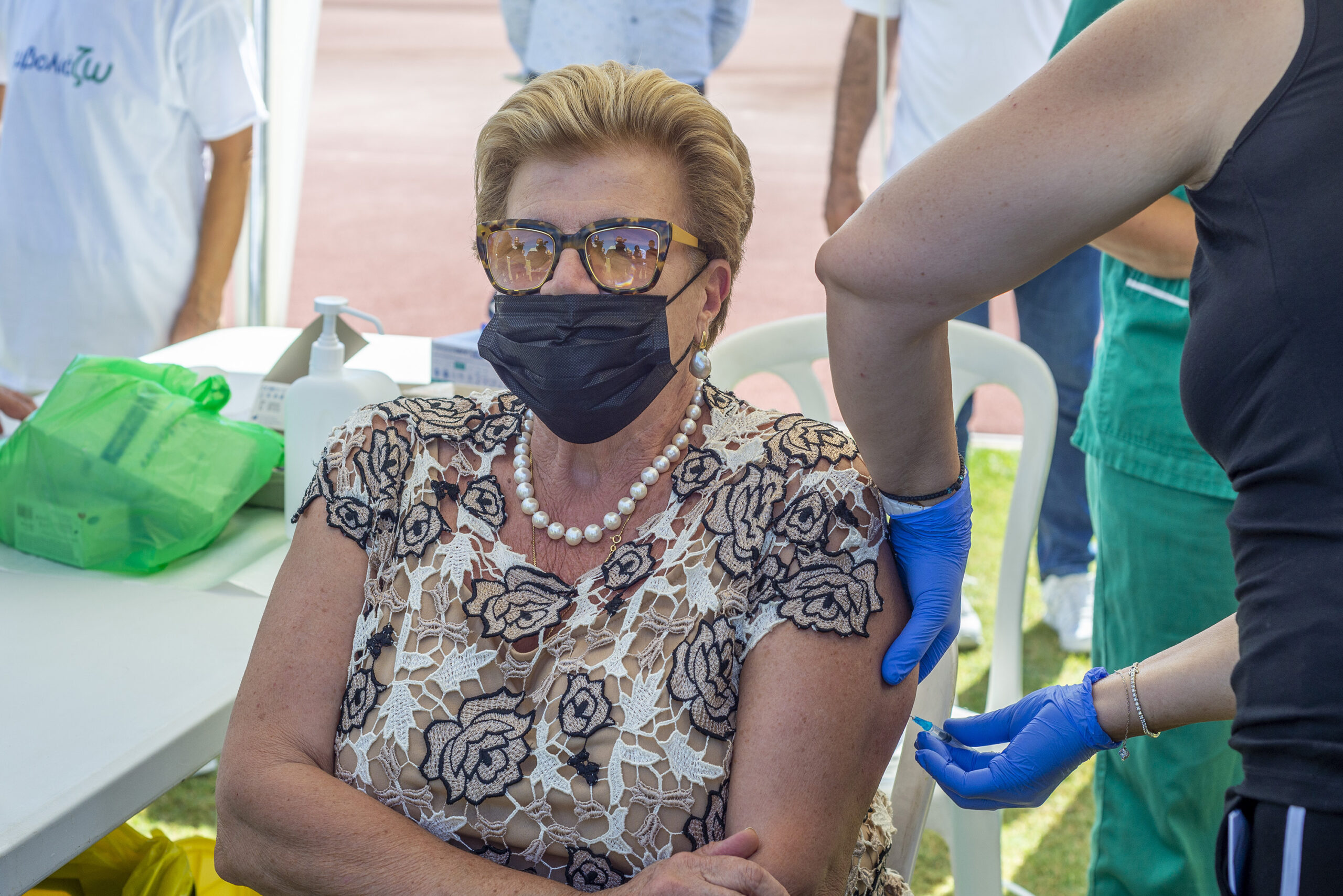 First Lady Andri Anastasiade was among those getting the third dose after she arrived with her parents.

After receiving it she called on others to make sure they were fully vaccinated so they could protect the people around them.

Director general of the ministry of health Christina Yiannaki said that similar large scale walk-in centres would be set up in the coming days in Nicosia and in the mountains.

The ministry said that until October 9 a total of 81.4 per cent of the adult population had received at least the first dose of a jab. The fully vaccinated reached 78.9 per cent.

Paphos remains the most vaccinated district, with 92.4 per cent of adults having had at least one shot.

Including those who had their third shot at the Lanition centre in Limassol on Sunday, the total who have had a booster has risen to 20,892.

The vaccination portal is open for people aged over 70 to book a third dose while walk-ins are available on Monday and Thursday mornings.

Volcanoes, tsunamis and risk, how worried should we be?

Britain and Ireland argue on Twitter over Brexit deal