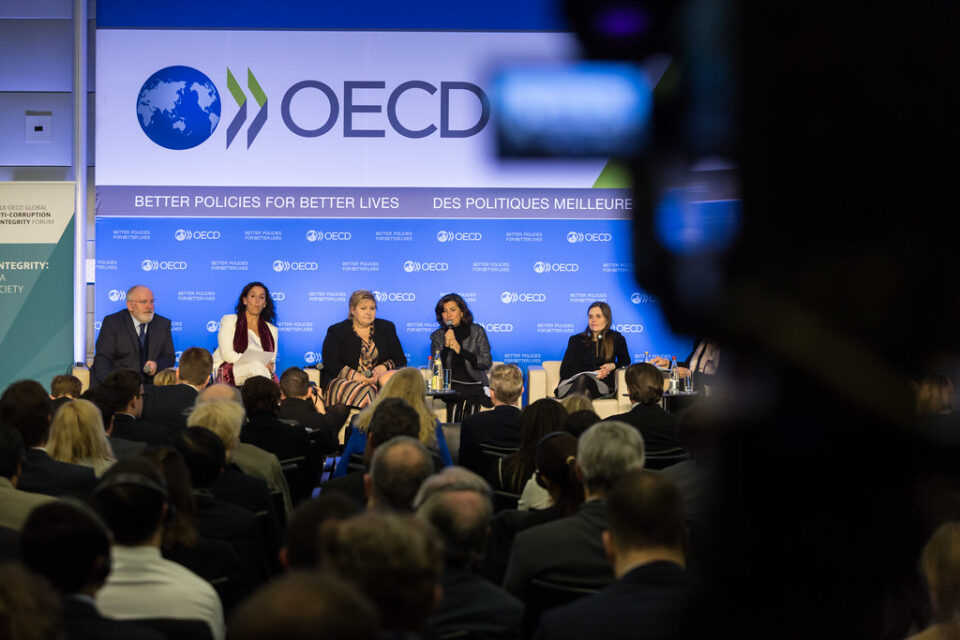 A group of 136 countries on Friday set a minimum global tax rate of 15 per cent for big companies and sought to make it harder for them to avoid taxation in a landmark deal that US President Joe Biden said levelled the playing field.

The deal aims to end a four-decade-long “race to the bottom” by setting a floor for countries that have sought to attract investment and jobs by taxing multinational companies lightly, effectively allowing them to shop around for low tax rates.

The 15 per cent floor agreed to is, however, well below a corporate tax rate which averages around 23.5 per cent in industrialised countries.

Some developing countries that had wanted a higher rate said their interests had been sidelined to accommodate richer nations, while NGOs criticized the deal’s many exemptions, with Oxfam saying it effectively had “no teeth.”

The accord also promises to be a tough sell in Washington, where a group of Republican US senators sent a letter to Treasury Secretary Janet Yellen saying they had serious concerns.

Negotiations have been going on for four years, with the deal finally agreed when Ireland, Estonia and Hungary dropped their opposition and signed up.

The deal aims to stop large firms booking profits in low-tax countries such as Ireland regardless of where their clients are, an issue that has become ever more pressing with the growth of ‘Big Tech’ giants that can easily do business across borders.

“Establishing, for the first time in history, a strong global minimum tax will finally even the playing field for American workers and taxpayers, along with the rest of the world,” Biden said in a statement.

Out of the 140 countries involved, 136 supported the deal, with Kenya, Nigeria, Pakistan and Sri Lanka abstaining for now.

The Paris-based Organisation for Economic Cooperation and Development (OECD), which has been leading the talks, said that the deal would cover 90 per cent of the global economy.

“We have taken another important step towards more tax justice,” German Finance Minister Olaf Scholz said in a statement emailed to Reuters.

“We now have a clear path to a fairer tax system, where large global players pay their fair share wherever they do business,” his British counterpart Rishi Sunak said.

But with the ink barely dry, some countries were already raising concerns about implementing the deal. The Swiss finance ministry demanded that the interests of small economies be taken into account and said that the 2023 implementation date was impossible.

In the United States, meanwhile, Republican senators said they were concerned the Biden administration was considering circumventing the need to obtain the Senate’s authority to implement treaties.

Under the Constitution, the Senate must ratify any treaty with a two-thirds majority, or 67 votes. Biden’s fellow Democrats control only 50 seats in the 100-member chamber. And Republicans in recent years have been overwhelmingly hostile to treaties and have backed cuts in corporate taxes.

The reaction to the deal from US markets was muted, with investors focused instead on the latest payrolls data. Some of the Big Tech companies, often cited by critics for seeking to lower taxes through operations overseas, welcomed the accord.

“We are pleased to see an emerging international consensus,” said Nick Clegg, Facebook Inc vice president of global affairs. “Facebook has long called for reform of the global tax rules, and we recognise this could mean paying more tax, and in different places.”

An Amazon.com Inc (AMZN.O) spokesperson said the company supports the “progress towards a consensus-based solution for international tax harmonization, and we look forward to their continued technical work.”

Analysts at Morgan Stanley said that tech hardware, some media services, and healthcare appeared to be the most exposed to a 15 per cent minimum tax rate.

Central to the agreement is a minimum corporate tax rate of 15 per cent and allowing governments to tax a greater share of foreign multinationals’ profits.

Yellen hailed it as a victory for American families as well as international business.

“We’ve turned tireless negotiations into decades of increased prosperity – for both America and the world. Today’s agreement represents a once-in-a-generation accomplishment for economic diplomacy,” Yellen said in a statement.

The OECD said that the minimum rate would see countries collect around $150 billion in new revenues annually while taxing rights on more than $125 billion of profit would be shifted to countries where big multinationals earn their income.

Ireland, Estonia and Hungary, all low tax countries, dropped their objections this week as a compromise emerged on a deduction from the minimum rate for multinationals with real physical business activities abroad.

However, many developing countries have said their interests have been ignored and that wealthy nations were likely to continue dividing up the spoils of foreign direct investment.

Argentine Economy Minister Martin Guzman said on Thursday that the proposals forced developing countries to choose between “something bad and something worse”.

Campaign groups such as Oxfam said that the deal would not end tax havens.

“The tax devil is in the details, including a complex web of exemptions,” Oxfam tax policy lead Susana Ruiz said in a statement.

“At the last minute a colossal 10-year grace period was slapped onto the global corporate tax of 15 per cent, and additional loopholes leave it with practically no teeth,” Ruiz added.

Companies with real assets and payrolls in a country can ensure some of their income avoids the new minimum tax rate. The level of the exemption tapers over a 10-year period.

The OECD said that the deal would next go to the Group of 20 economic powers to formally endorse at a finance ministers’ meeting in Washington on Oct. 13 and then on to a G20 leaders summit at the end of the month in Rome for final approval.

Countries that back the deal are supposed to bring it onto their law books next year so that it can take effect from 2023, which many officials have said is extremely tight.

French Finance Minister Bruno Le Maire said Paris would use its European Union presidency during the first half of 2022 to translate the agreement into law across the 27-nation bloc.