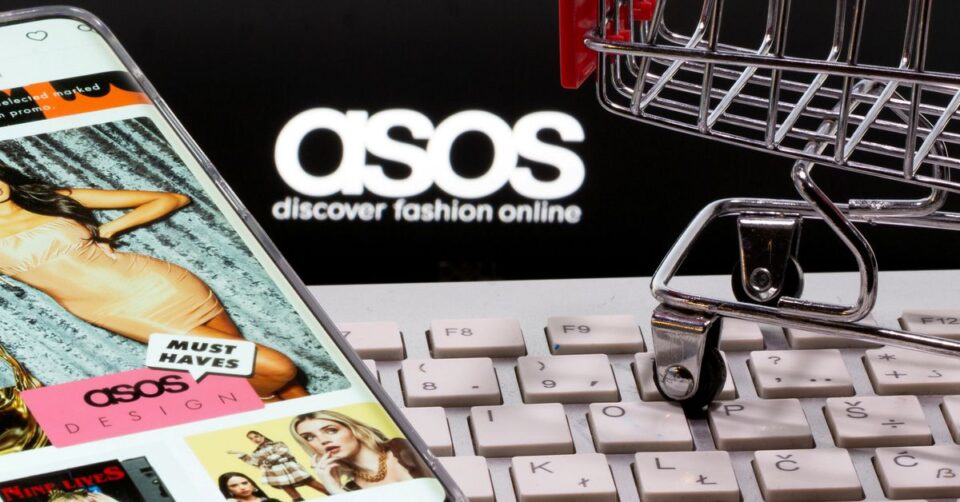 ASOS (ASOS.L), the British online fashion retailer, warned on Monday that logistics costs and supply chain disruptions could reduce 2022 profit by more than 40 per cent and said CEO Nick Beighton was stepping down with immediate effect.

Shares in ASOS, which sells fast-fashion aimed at teens and 20-year-olds, plunged 14 per cent on the news, after already falling more than 40 per cent this year.

Beighton has been with ASOS for 12 years, including six as CEO, and the company said his immediate departure would enable it to find new leadership to accelerate international growth.

“Looking ahead, while our performance in the next 12 months is likely to be constrained by demand volatility and global supply chain and cost pressures, we are confident in our ability to capture the sizeable opportunities ahead,” said Mat Dunn, Chief Operating Officer and CFO, who will take charge of day-to-day operations while a new CEO is found.

The company, whose fiscal year begins in September, reported a 36 per cent rise in 2020-2021 adjusted pretax profit to 193.6 million pounds ($264.26 million), driven by a boost from the pandemic when shoppers bought leisurewear, rather that partywear options for a night out, some of which were then returned.

It said the lower return rates led to a “COVID-19 tailwind” of 67.3 million pounds.

Adding to the pressure, ASOS said the supply chain pressures that have hit the movement of container ships and trucks globally since the pandemic would continue into the first half of its 2021-22 year, resulting in longer lead times for stock and constrained supply from partner brands.

Analysts at Jefferies said the mid-point of the new adjusted profit guidance for 2021-2022, of 110 million to 140 million pounds, was 35 per cent below the current consensus of 193 million pounds.

“Although many of the headwinds are understandable and, hopefully, transitory, we suspect investors will struggle to put much credibility on the mid-term targets,” they said.

ASOS shares, trading at 2,553 pence on Monday, had already wiped out gains seen early during the pandemic when people shifted to online shopping, and are down from 2,997 pence at the end of February last year.

Beighton will remain available to the board until the end of 2021.

Crozier said the management and board had spent time developing a new strategic plan to accelerate international growth.

“Key to that is ensuring that we have the right leadership in place for the next phase,” he said.