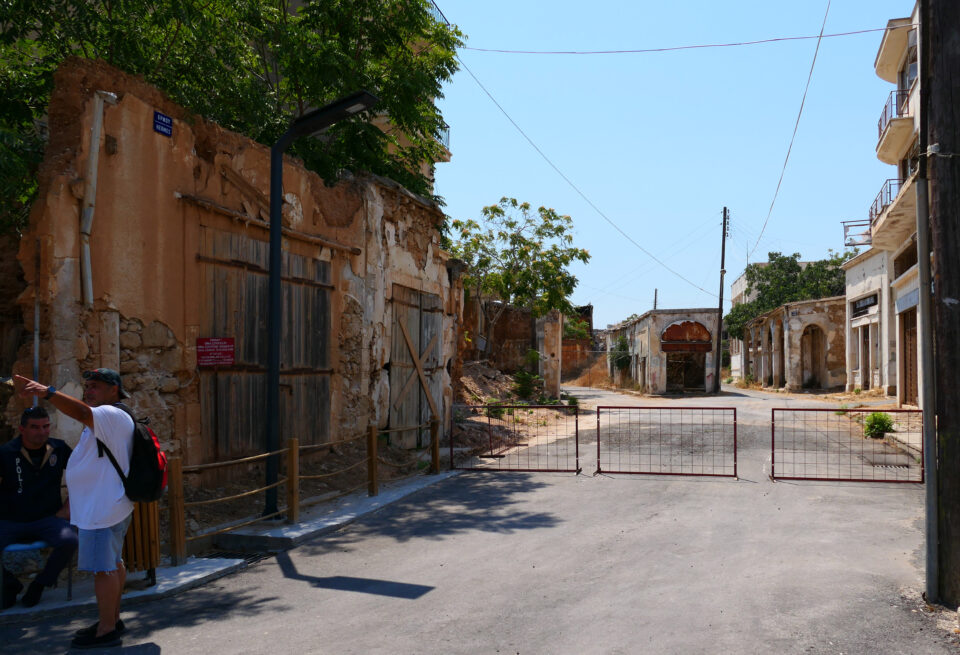 The Turkish Cypriot side on Wednesday began a new phase in the opening up of the fenced-off town of Varosha , clearing part of the area they have demilitarised for resettlement by Greek Cypriots who wish to reclaim their properties through the Immovable Property Commission (IPC).

According to reports from the north, one of the main roads within the zone, Anexartisias Avenue, was being cleared and barrels were being removed so that the street could be fully opened. Also located within the same zone is the former town hall of Famagusta. Crews were carrying out clearing works in that area from around 11am Wednesday, the reports said, referring to it as the “second phase”.

CNA reported that barbed wire has been removed and bulldozers and trucks were carrying out road repairs along the avenue that once showcased well-known Greek Cypriot shops and businesses.

The partial opening up of the fenced off town in Famagusta began a year ago this month when a number of streets were cleared and beaches upgraded. Since then the ghost town has seen thousands of visitors from both sides of the divide.

Turkish Cypriot leader Ersin Tatar has called on Greek Cypriots to apply to the IPC for return to Varosha under his administration, or seek compensation or exchange of property. The move is supported by Turkey.

Tatar says the reopening of Varosha for settlement is in line with international law and the north’s position on a two-state solution.

He said earlier this month that opening Varosha had brought many benefits for the Turkish Cypriots in terms of tourism, the economy but also politically.

The first partial opening on October 8 last year was condemned by the government, the EU, UN and several countries with calls on Turkey to reverse the action which is defiance of UN Security Council resolutions.

Unearthing My Past looks at identity and diversity