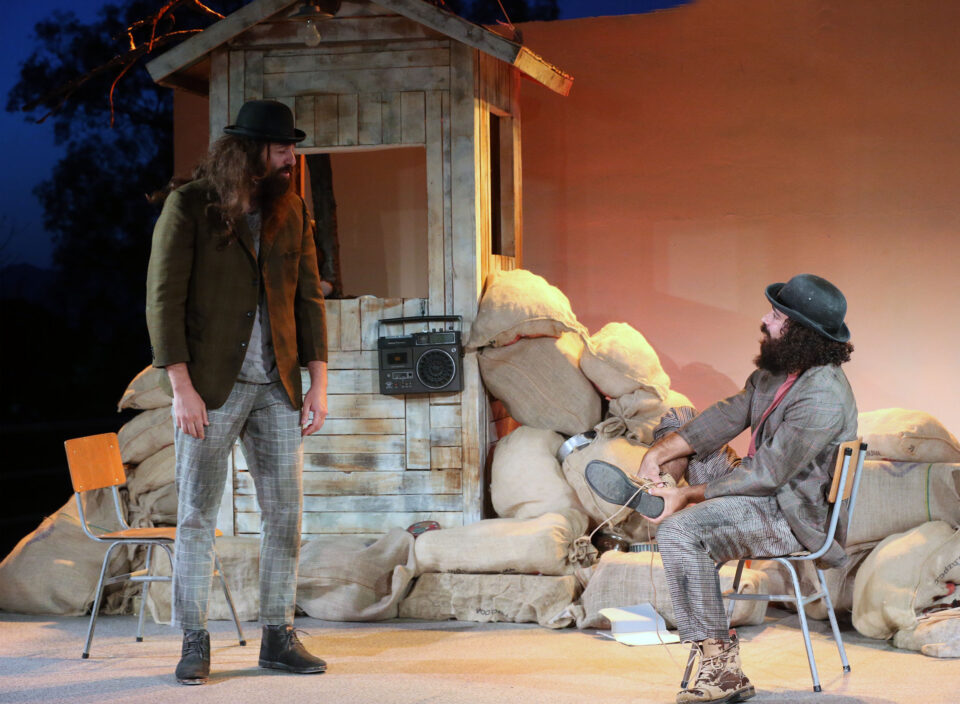 It has been one of the most talked-about plays of the year with performances at theatres around Cyprus, which won awards at a theatre festival in Turkey last week. Waiting for Godot is a play about an intense need for communication for the two heroes and October 24, they will travel to the Nicosia Municipal Theatre for a one-night-only performance!

Originally by Samuel Becket, AntiLogos Theatre has been performing the play for the past few months, translated and adapted in the Greek and Turkish Cypriot dialect by director Kostas Silvestros and Kubilay Erdelikara. This unique bilingual element has also taken the play abroad and for the first time, a Cypriot theatre received an award at a theatre festival in Turkey, as part of the Maltepe Theatre Festival in Istanbul, both the directors and the two leads winning.

AntiLogos Theatre presents again next week with Izel Seylani and George Kyriakos taking the boards. Through this ground-breaking work for world drama, two dialects merge and become one.

The classic work though gets a new dimension. The two heroes of the play are moved to Nicosia’s Green Line where they wait for Godot and as the days and nights pass they continue waiting.

A surreal situation begins to unfold in front of the audience, somehow bringing to mind the situation in Cyprus that for many has become the norm for many years now. There is nothing political in Waiting for Godot, no political dialogue, but the play itself carries a huge political message. Reserve your tickets soon as this is expected to be another sold-out performance!