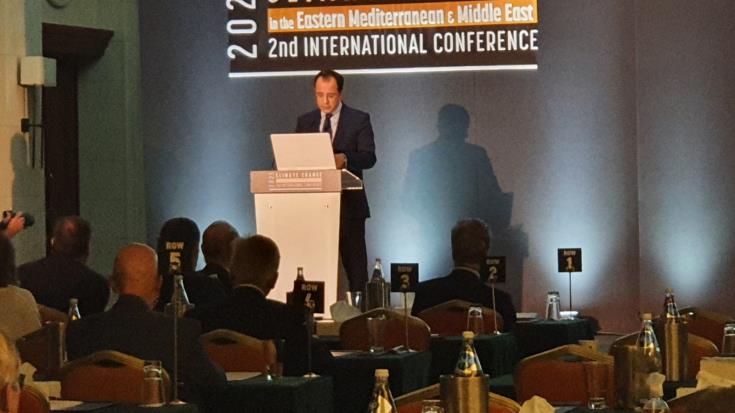 Turkey’s actions in Varosha and Cyprus’ exclusive economic zone aim at pushing a two-state solution to the island’s division, Foreign Minister Nicos Christodoulides said on Thursday, but negotiations could nevertheless resume despite developments on the ground.

Christodoulides said Turkey was pushing for a different form of solution to the Cyprus problem “something which neither we, nor the international community can accept or even discuss.”

The minister said Nicosia was still trying to convince the UN Secretary-General to appoint a special envoy in a bid to bring the two sides back to the negotiating table.

“If there is true will … yesterday’s developments in the occupied areas will not in any way affect the prospect of resuming the talks. What is needed is political will to resume the talks based on an agreed framework,” he said.

Turkish Cypriots on Wednesday began a new phase in the opening up of the fenced-off town of Varosha, clearing part of an area they have previously demilitarised for resettlement by Greek Cypriots who wish to reclaim their properties through the Immovable Property Commission.

The foreign minister said the government was briefing foreign officials on the Turkish actions in the area.

On Thursday, they would be informing UN Security Council members that it was a move that opposed a recent SC decision on Varosha while the issue will be also tabled at the EU foreign ministers’ council on Monday.

A presidency statement said during their phone call Anastasiades also briefed Bennett on the recent meeting he had in NYC with UN Secretary General Antonio Guterres and Turkish Cypriot leader Ersin Tatar on the way forward as regards the peace talks and the delay in the appointment of a UN SG special envoy.

Ruling Disy leader Averof Neophytou said the government was using all means at its disposal to counter Turkey’s actions.

“We have nothing but political means, through the EU, through representations to the Security Council, the president’s bilateral contacts, and we will continue this effort until a way is found to break the Turkish intransigence and the unacceptable Turkish positions are taken off the table,” he said.

“These actions, which are not fireworks apparently as the Anastasiades government thought initially, will intensify simply because Turkey and the Turkish Cypriot leadership seek the permanent division of our country,” spokesman Giorgos Koukoumas said.

The partial opening up of the fenced off town in Famagusta began a year ago this month when a number of streets were cleared and beaches upgraded. Since then, the ghost town has seen thousands of visitors from both sides of the divide.