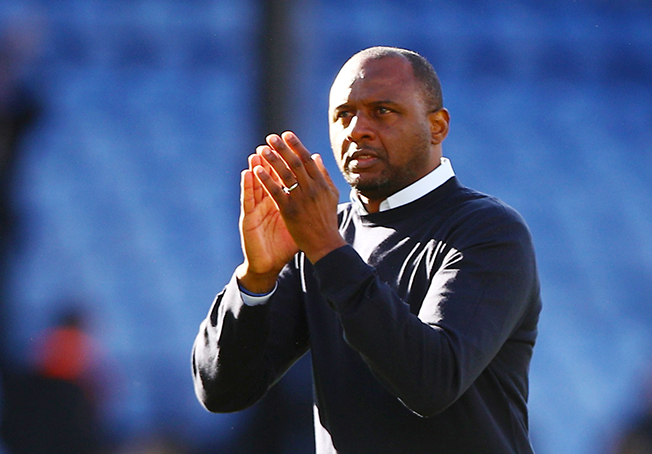 Crystal Palace manager Patrick Vieira said returning to his former club Arsenal would be an emotional moment after a successful nine-year stint shaped his career as a footballer, but he would put all that aside in search of three points.

Vieira captained Arsenal to three Premier League titles and four FA Cup triumphs as a player, famously leading the ‘Invincibles’ side that went an entire league campaign unbeaten in 2003-04.

“This is the club where I played my best football, so obviously going back there will be emotional but I will put that on the side because what will be important for us is to perform well and try to get points.”

Arsenal manager Mikel Arteta had said he hoped the club great receives a warm reception from the home fans for the Premier League fixture on Monday.

Vieira said he saw parallels in the Spaniard’s qualities with that of France’s World Cup-winning manager Didier Deschamps who also made the switch to coaching after ending his playing career. During his playing days, Arteta had spells with Paris St Germain, Real Sociedad, Everton and Arsenal.

“When he was playing, you knew that Didier was going to be a football manager. And I think Arteta is quite in the same kind of mindset,” Vieira said.

“He (Arteta) was a really good player. I think he had a wonderful career… And he learned the job before getting a chance at Arsenal. I think he did everything the right way.

“When he was under pressure, he did quite well because he’s always been calm and composed. Winning and losing games… the way he was conducting himself is a really good sign of a person who has everything under control.”