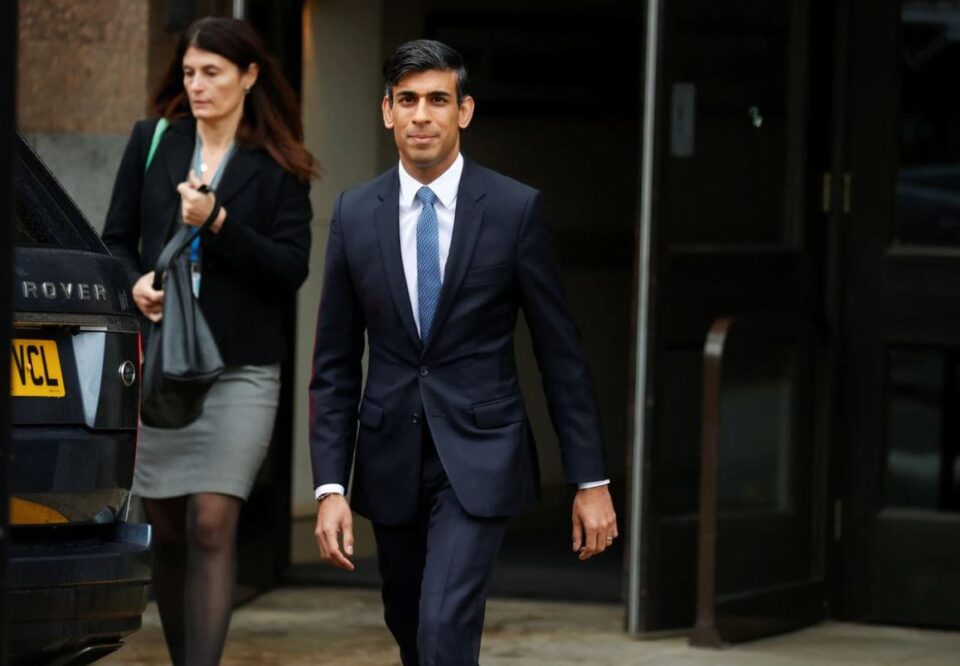 British Finance Minister Rishi Sunak is stepping up plans for an online sales tax, the Telegraph reported on Sunday.

Treasury officials have accelerated work on a new e-commerce tax and are examining the details of a potential levy, including what goods and services will be covered, the report added citing sources.

Sunak is also considering a cut to the 5 per cent rate of value-added tax on household energy bills, the Financial Times reported on Sunday.

Government officials briefed on the Budget preparations said Sunak had looked at reducing the 5 per cent VAT, but no decisions had been taken yet, the newspaper added.

Meanwhile, Bank of England Governor Andrew Bailey sent a fresh signal on Sunday that the British central bank is gearing up to raise interest rates for the first time since the onset of the coronavirus crisis as inflation risks mount.

Bailey said he continued to believe that the recent jump in inflation would be temporary, but that a surge in energy prices would push it higher and make its climb last longer, raising the risk of higher inflation expectations.

“And that’s why we at the Bank of England have signalled, and this is another such signal, that we will have to act,” he said. “But of course that action comes in our monetary policy meetings.”

The BoE has forecast that Britain’s inflation rate will go over 4 per cent, more than double its target, as the world economy reopens from its COVID-19 lockdowns, causing shortages of supplies and staff, and the price of energy soars.

Investors are speculating that the BoE might become the first of the world’s biggest central banks to raise rates, later this year or early in 2022.

Bailey said demand for workers in Britain had been stronger than expected and the number of younger and older workers leaving the labour market had grown.

“I do have concerns about labour supply growth,” he said.

But Bailey said he did not believe there was a “general pattern of labour market pressure” as wages climbed strongly in some sectors but less so in others.

He also said there were lessons for governments seeking to prevent future supply chain shocks in the way financial regulators had responded to the shock of the global financial crisis of 2007-09, including regular stress tests.

“I’m not saying we have the magic answer to supply chains across the board, but I think there are lessons that we have learned in terms of resilience that can usefully be adapted and used and translated into some other markets, particularly for instance when I look at energy supply,” he said.

Czech car sector to make 250,000 fewer vehicles this year due to chip shortage

Coronavirus: One business and 16 people fined after 3,667 checks