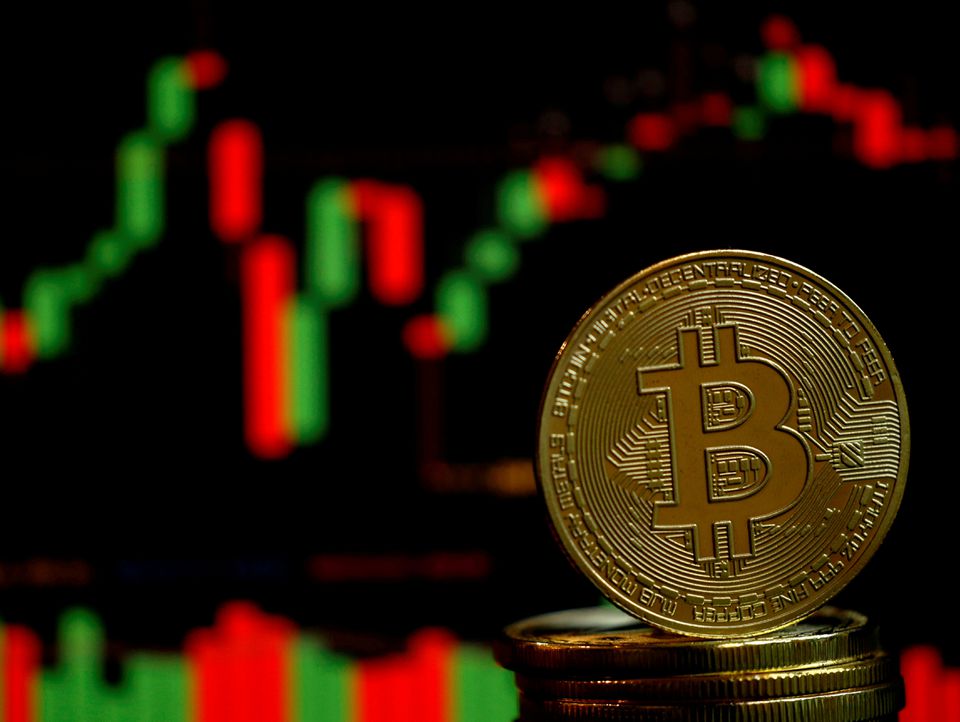 Bitcoin hovered below record levels on Wednesday, the day after the first US bitcoin futures-based exchange-traded fund (ETF) began trading, a development that market participants say is likely to drive investment into the digital asset.

Earlier on Tuesday, the ProShares Bitcoin Strategy ETF closed up 2.59 per cent at $41.94 after its first day of trading, with around $1 billion worth of shares trading hands on Intercontinental Exchange Inc’s ICE.N Arca exchange.

Trading appeared to be dominated by smaller investors and high-frequency trading firms, analysts said, noting the absence of large block trades indicated that institutions were likely staying on the sidelines.

Theoretically, any licensed brokerage firm in the US who wants to take on this ETF can do so as easily as any other ETF, which should make it available to a lot of folks,” said Quinn.

While the ETF is based on bitcoin futures, Quinn said the trades and hedges underpinning the ETF means activity will flow into the spot market and the bitcoin price.

Crypto ETFs have launched this year in Canada and Europe amid surging interest in digital assets. VanEck and Valkyrie are among fund managers pursuing US-listed ETF products, although Invesco on Monday dropped its plans for a futures-based ETF.