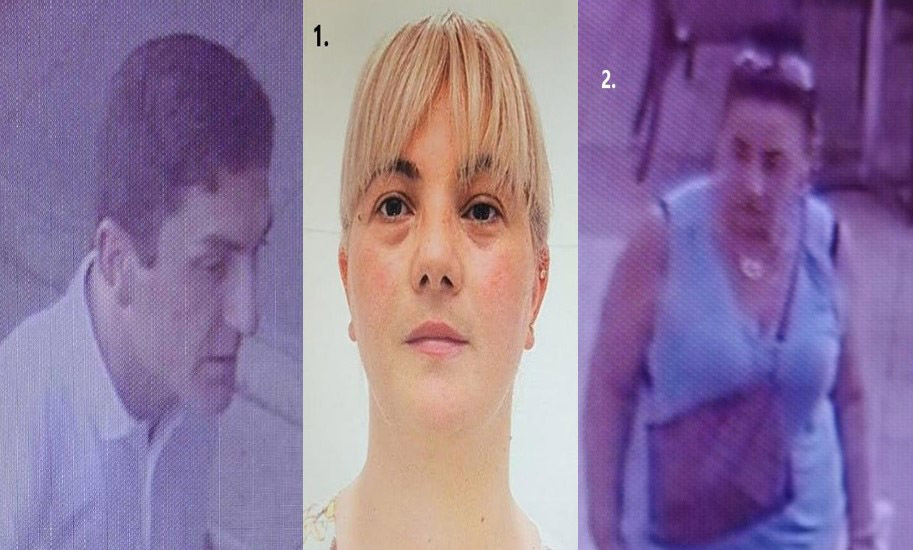 Photos of the three wanted suspects, Nino Ramishvili, 37 (centre), and Giorgi Gelenidze, 30, both from Georgia were published on police’s website, as well as a photo of the unidentified woman

One of the two suspects arrested on suspicion of jewellery theft last week in Nicosia is wanted in two countries based on a European arrest warrant for various offences including armed robbery, police said on Wednesday.

In an announcement, police said they added an additional charge against the two suspects, related to the theft from a Famagusta-based jewellery shop that took place on the same day.

They also said one of the two, aged 33, is wanted based on a European arrest warrant by Austrian authorities who are investigating 14 cases of burglaries and thefts against him carried out from February to March this year.

The arrested suspect is also wanted in Germany related to 16 cases of burglary and theft, theft and embezzlement, gang theft and armed robbery, committed between 2017 and 2020.

Another nine persons are wanted for the offences committed in the two foreign countries, police said.

The 33-year-old was initially arrested and remanded after evidence linked him to a jewellery theft that took place on October 11 in Nicosia.

The case was reported to the police by the owner of the jewellery shop who said two unknown people, a man and a woman, visited his store in the afternoon, asking to see various jewels but left without purchasing anything.

After their departure, the owner realised that two bracelets were missing.

At around 6.40pm on the same day, a man and a woman visited a jewellery shop in Famagusta, requesting to see various items for about ten minutes but also left without purchasing anything.

The owner told police that a gold chain was stolen.

Later that week, a 50-year-old man was also arrested in relation to the Nicosia theft case.

Police said they are looking for three more suspects, a 30-year-old man and a 37-year-old woman who appears to be an accomplice in the operation, as well as a woman whose identity is unknown so far.

Photos of the two suspects, Nino Ramishvili, 37, and Giorgi Gelenidze, 30, both from Georgia were published on police’s website, as well as a photo of the unidentified woman.

If anyone has any information on the wanted suspects they should contact Nicosia CID 22802222, the citizen’s line at 1460, or their nearest police station.