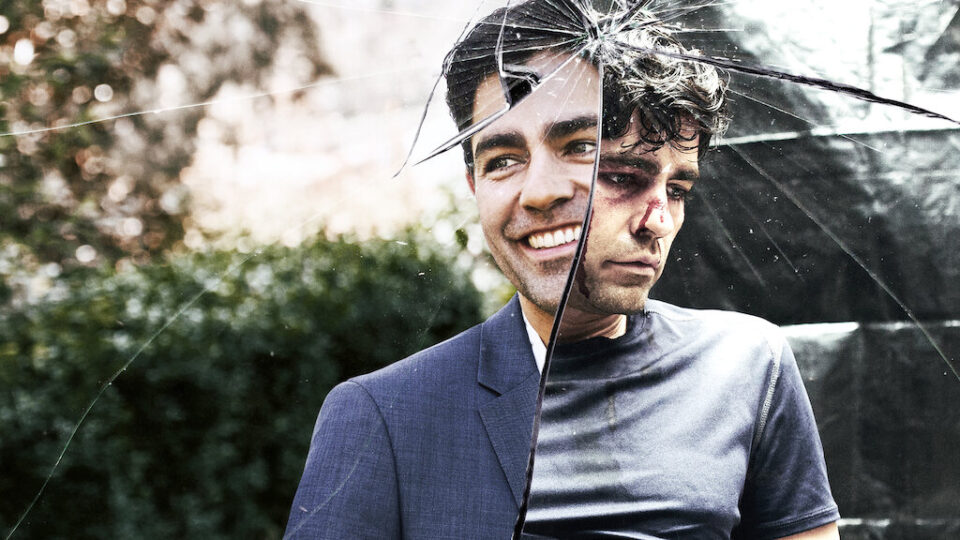 Clickbait is not my usual type of show. I generally don’t care who dunnit. But the title served its purpose and I clicked on it and with nothing else to do settled in to watch the first episode. I was soon drawn into an easy watch that as its name suggests draws you in, and whips along at lightening speed, before you forget everything you just watched. It’s not sophisticated, but it is highly bingeable.

How well do you know your partner, we are asked. Quite well would be the answer here but of course it takes the full run of the show to realise that as we are constantly led down the wrong paths to work out who killed perfect family man Nick Brewer (Adrian Grenier).

Nick is kidnapped by as yet unknown people and a video of him is posted online holding a sign that says ‘At five million views, I die.’

More videos follow that make allegations against him concerning abuse and murder, which shock the family and spark the policeinto trying to find out where Nick is and who is behind the kidnapping.

Of course, views soon hit the required number and shortly afterwards a body is found. But all is not as it seems.

Nick’s unstable/stable and not particularly likeable sister Pia (Zoe Kazan) is the first to recognise him in the video and continues to hound the police with his cool and calm wife (Betty Gabriel) in tow. She, it turns out, is not as picture perfect as her husband.

Each of remainder of the eight episodes then focuses on one person in Nick’s life – the son, the wife, the detective etc – and convinces us the killer has been unveiled until the very end when each time we realise that plot twist upon plot twist as new and existing characters are put under the spotlight mean we have been duped again. What does the unprincipled reporter have to do with things? Or the Muslim police officer who previously engaged with Pia on a dating site? Or the brother of a woman who killed herself? One final plot twist and the case is solved. Things really are not as they seem.