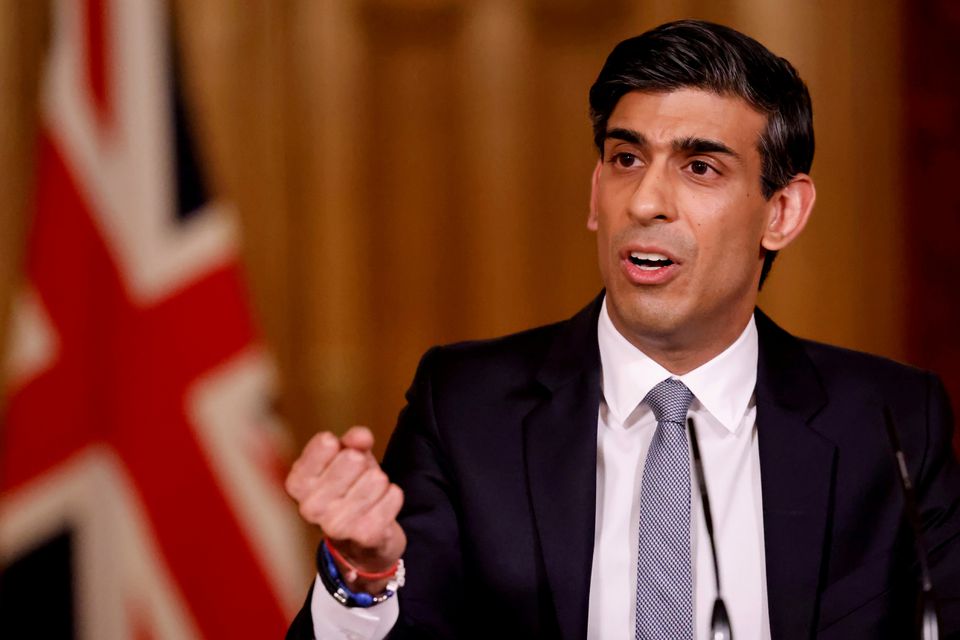 The announcements, which include a raft of smaller spending decisions, follows news earlier in the day of 6.9 billion pounds for regional transport projects ahead of a major review of government spending over the next three years.

The transport investment is 1.5 billion pounds more than previously planned, as the government seeks to boost living standards outside London through its ‘levelling-up’ agenda.

“We want to make the UK the best place in the world to start, grow and invest in a business, as we continue to support enterprise, create jobs, and level up as we recover from the pandemic,” Sunak said in a statement.

Sunak is expected to set fairly tight limits for most areas of day-to-day public spending in his budget on Wednesday, which will seek to lower public debt after a record surge in borrowing during the COVID-19 pandemic.

But unlike his predecessors’ policy after the 2008-09 financial crisis, he will allow more leeway for long-term public investment designed to reward voters who backed Prime Minister Boris Johnson in December 2019’s election.

Most of the education money will support 16- to 19-year-old students in England who are studying a new alternative qualification to the traditional school-leaving exams which are the normal pathway to university, the finance ministry said.

Some 550 million pounds will fund education and training for older adults, including numeracy skills and three- to four-month courses in areas such as digital skills, construction and roles in the rail and nuclear industries.

Johnson’s government wants to promote apprenticeships and other alternatives to standard university degrees, which it believes offer poor job prospects for many students and do too little to tackle skills shortages in industry.

Britain’s health ministry will receive 5 billion pounds over the next three years to fund research and development, including 2 billion pounds in 2024, which the finance ministry said was 57 per cent more in cash terms than before the COVID-19 pandemic.

A further 700 million pounds would be spent on upgrading electronic border systems and replacing patrol boats used to combat smuggling and illegal migration, it added.

Separately, business groups gave a cautious welcome to the extension by six months of a lending programme for companies still struggling through the pandemic.

“The acid test for the scheme will be whether it is able to support the recovery by getting credit flowing to the firms who need it most,” said Suren Thiru, head of economics at the British Chambers of Commerce.