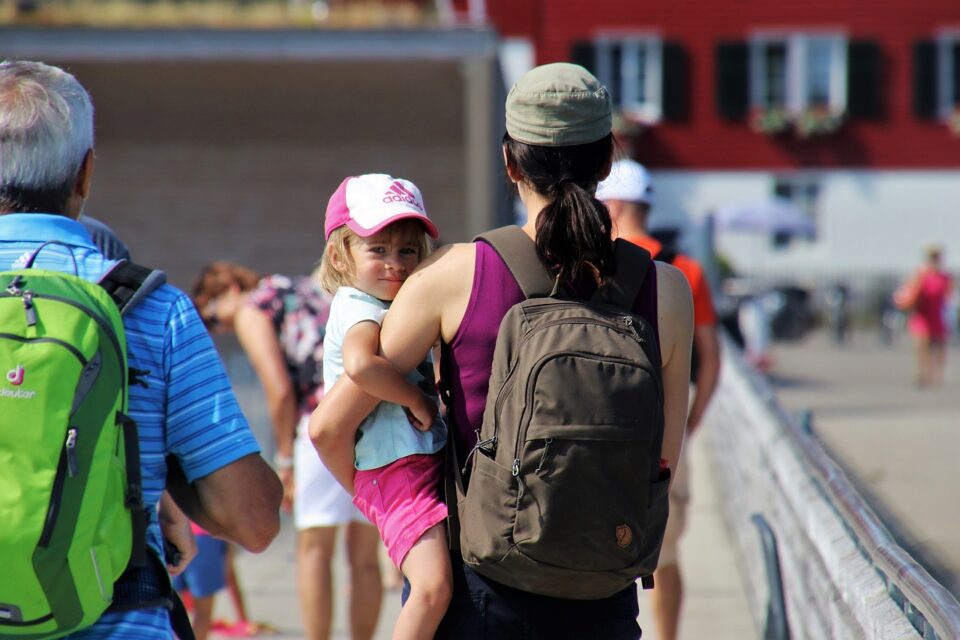 Over the last ten years, formal childcare in the UK has steadily become unaffordable for most parents. Recent reports on a UK web-based parent survey undertaken this summer by Mumsnet (in partnership with other parenting and campaigning organisations) have honed in on some startling figures.

Of the 2,047 respondents Mumsnet surveyed – most of whom were female, with a child under 18 – all expressed frustration at the perceived lack of government support with childcare costs and availability and its impact on their lives and livelihoods. For 38% of single parents, and 47% of black parents, childcare costs exceeded those of their rent or mortgage, while 10% of single parents had had to use foodbanks.

The survey data Mumsnet has published so far does not mention specific impacts of the pandemic on childcare costs and availability. But emerging findings from an ongoing research project I am involved in suggest that the last 18 months have seen the UK childcare system reach a tipping point. Early-years specialists highlight the urgent need for early years education and nursery provision to be considered amid government recovery plans.

None of this comes as a surprise. As I have previously argued, improving public funding and regulation of the childcare system and recognising the latter as a vital part of the UK’s economic and social infrastructure is crucial.

What are the barriers to making that happen?

Currently, three- and four-year-old children in England are offered 15 hours of free childcare and early education weekly during term time. Certain two-year-olds from disadvantaged backgrounds also qualify. And in 2017 the government added an additional 15 hours for children whose parents work at least 16 hours per week at the minimum wage.

This money does not go directly to parents. Rather, the government funds private and not-for-profit nurseries, preschools, nursery classes in state primary schools, state and independent nursery schools and childminders to deliver them. The resulting system is a mixed market of private and public providers in which for-profit companies deliver the majority of places.

Parents are not the only ones to complain about costs within this market. Providers too argue the government doesn’t give them enough to provide the care required by parents. In June 2021, a two-year freedom of information investigation by the Early Years Alliance revealed that the Department for Education is well aware this subsidy does not cover providers’ costs.

This creates a perverse incentive for nurseries and other childcare providers who cater for younger children and babies as well as children aged over three to capitalise on parents’ need for extra hours. In practice, providers often raise fees and charge extra for things like lunches and outings; a practice condemned by the Local Government and Social Care Ombudsman earlier this year.

Through the tax-free childcare programme, also introduced in 2017, and the childcare element of universal credit, the government also makes a parent subsidy available to help with additional childcare costs.

Since its introduction in 2017, though, there has been a low uptake of the government’s tax-free childcare programme. There are 4.6 million UK households with working parents and dependent children under 16, half of which have at least one child aged five or under. And yet, in March 2021, only 282,000 families used tax-free childcare.

A 2019 study for HMRC cautiously suggested that the tax-free childcare system’s complexity and lack of parental confidence might explain low uptake.

In addition, the tax-free childcare programme does not apply to the fast-growing number of parents on universal credit, while they are in contrast eligible for the 30 hours.

Finally, both tax-free childcare and childcare support under universal credit are paid retrospectively. This means that parents have to pay upfront, which is something low-income families – the families the government’s early-years policies claim to help – often can’t afford. As a result, they lose out. In 2021 the High Court ruled this practice in Universal Credit unlawful.

Since 2010, spending on childcare via the benefits system has fallen by 44%, according to a 2019 analysis by the Institute for Fiscal Studies. Growing child poverty levels demand the opposite.

More than one in three families with at least one child aged under five are now living in poverty in the UK. This translates into poverty affecting around 2.2 million under-fives, a shocking statistic.

There is ample evidence that low income by itself has a marked impact on young children’s learning and their socio-emotional development, as well as on their health and physical development. Early-years education and childcare are crucial to improving the life chances of children growing up in poverty. It is high time for the system to be changed.