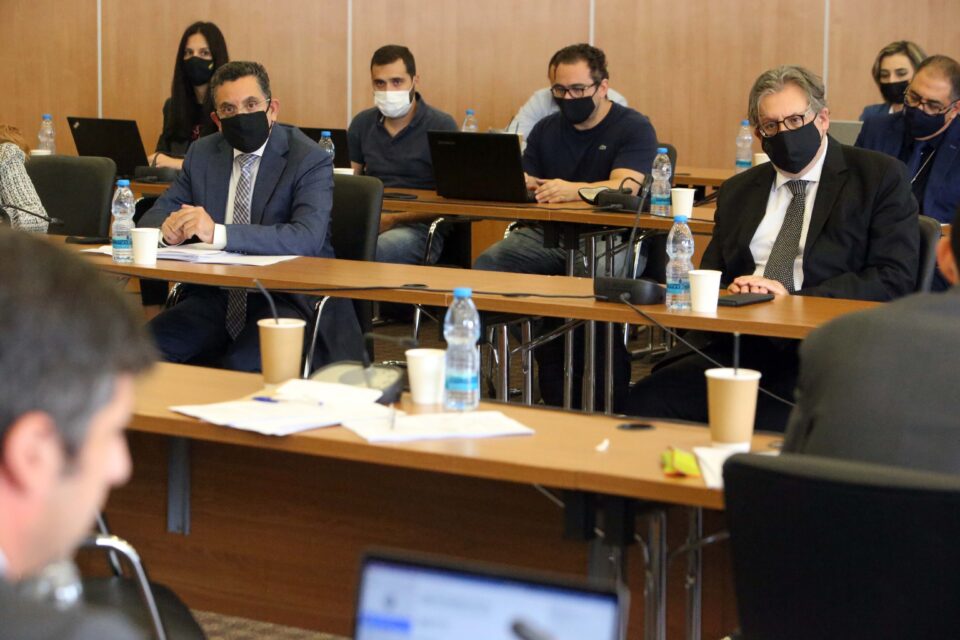 The Bar Association is investigating two law firms included in the so-called Pandora Papers which exposed the offshore financial dealings of many leaders worldwide who allegedly stashed assets in covert companies and trusts.

The two Cypriot firms named in the papers are the one founded by President Nicos Anastasiades, which still bears his name, and the other, Demetrios A. Demetriades LLC – also referred to as ‘DadLaw’.

Bar Association chairman Christos Clerides told the House ethics committee on Wednesday that the probe is expected to be completed in the next few weeks. If it identifies any criminal offences, it will be conveyed to the Legal Service, he said.

Clerides said that the attorney-general may already have a file on the Nicos Anastasiades law firm since complaints had been lodged with the former AG Costas Clerides about a person “who used Cyprus to move $115m”.

A resolution by the European Parliament last week called for an in-depth investigation by member states into politicians whose names appear in the Pandora Papers, with the draft specifically mentioning Anastasiades and other present and former political leaders.

It said that the Parliament “deplores the fact that a number of politicians, including EU high-level decision-makers, have also featured in the Pandora Papers, and calls on the authorities of the member states involved to carry out appropriate investigations into any wrongdoing”.

Clerides said the Bar Association launched its investigation a day after The Guardian reported on the matter on October 3.

He told MPs that on Tuesday, a team from the association had visited the Nicos Anastasiades law firm.

The probe into the second firm has finished and the association’s board was waiting for the report to see how it should proceed.

“If disciplinary issues arise from the probes, they are referred to the disciplinary board or the attorney-general’s office for further investigation if there is a matter of criminal prosecution,” he said.

Clerides said he planned to request from the British Virgin Islands’ regulator a report on the issue.

If the firm concealed the real beneficiaries, then there is a case of violating money-laundering rules, he added.

Police told the committee that they have received a request from another country regarding the person suspected of moving €115m through Cyprus. A police representative declined to provide more details citing confidentiality reasons.

The Legal Service said they had no legal grounds at present to seek information, pending the Bar Association’s report.

Its representative told MPs they needed first-hand confirmation of the data to be used as a basis for further action.

The discussion intensified when it came to the role of the anti-money laundering unit, Mokas, whose chief said had no authority to investigate law firms, only suspicious transactions.

Committee chairman, ruling Disy MP Demetris Demetriou, said the Presidency will be invited before the committee in the next discussion of the Pandora Papers.

Demetriou said the president had written to the committee saying he would be writing a letter and a presidency representative will attend if there is an issue that concerned him personally.

“We shall wait and see whether there were any illegalities or if the laws and regulations had not been followed by the law firm bearing President Anastasiades’ name,” Akel MP Andreas Pashiourtides said, adding that the firm ought to cooperate fully with the Bar Association.

However, he said, the relationship between the president with the law firm is “self-evident and there is no need for any investigation … to determine it”.

“We ought to see if there is a basis to all that is reported, and if there is, everyone should get what they deserve,” he said.

Green party MP Alexandra Attalides expressed disappointment at the Legal Service’s stance, which opted to take a backseat instead of spearheading the probe.

“Unfortunately, we rarely hear of a conviction in Cyprus over these matters … I think it’s time to look into all departments, no exceptions, which deal with matters relating to tax evasion, tax avoidance, and money laundering,” she said.