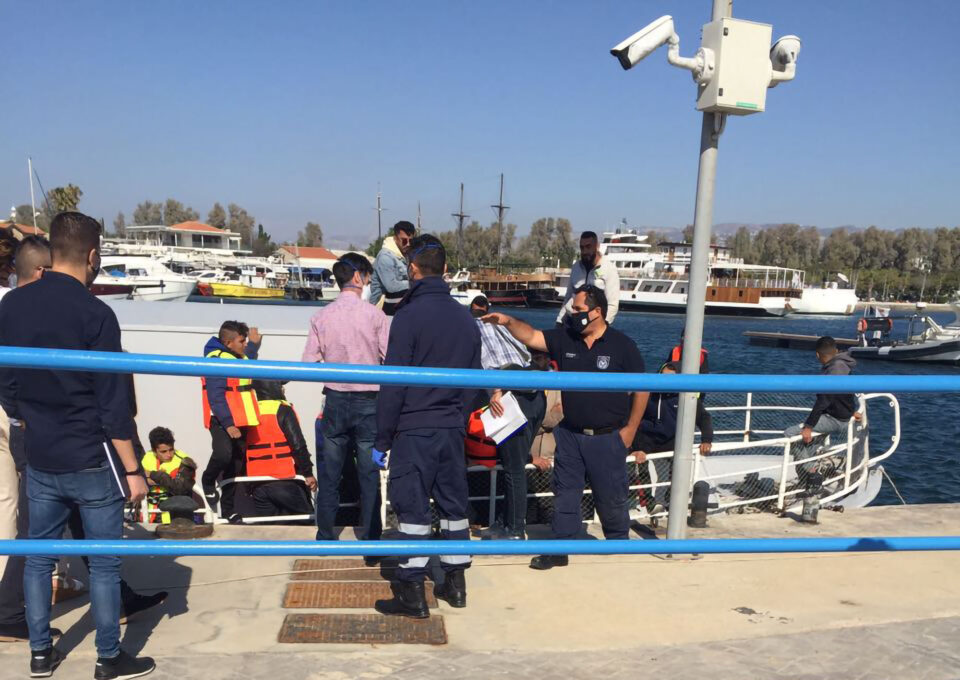 The boat before it left Paphos harbour

The group of 61 irregular migrants who arrived at Paphos port on Wednesday day spent the night on the boat, authorities said early on Thursday.

The group consists of 11 women, 22 men and 28 children aged between two and 16, reportedly Syrian and Lebanese nationals.

According to a spokesman of the Paphos police department, the boat was spotted at sea between Pissouri and Paphos on Wednesday morning. It was escorted by a police boat patrol to the port of Kato Paphos.

The migrants said they were headed from Lebanon to Italy, but the boat approached the Cyprus coast due to the bad weather, media reported.

A child in need of medical care was taken to the Paphos general hospital with its mother. After being given first aid, they were taken back to the boat.

Consultations were underway on whether they would be sent back to Lebanon based on the agreement Cyprus has with its neighbour to return migrants from there.

The group said there was no smuggler among them and that they had purchased the boat and were steering it themselves.