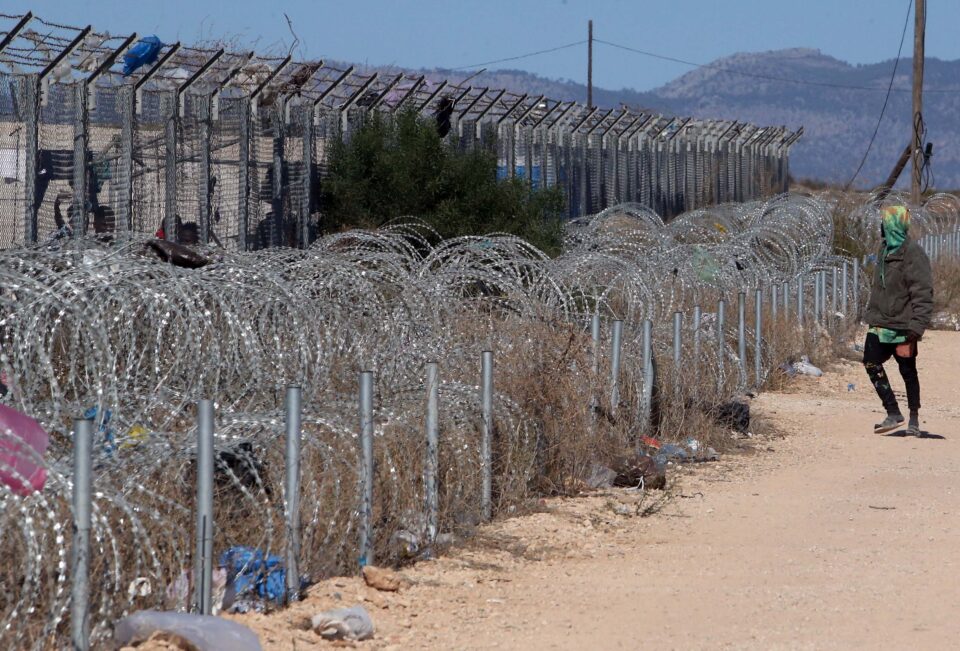 There are no magic solutions to tackling the migration issue, Interior Minister Nicos Nouris said on Thursday, stating the government’s determination to protect the country’s interests amidst reactions over the way the state is handling the situation.

Nouris told state broadcaster CyBC in the morning that President Nicos Anastasiades has already sent a letter to European Commission President Ursula von der Leyen for the activation of article 78 (3) of the Treaty on the Functioning of the EU for the suspension of asylum applications for a while for the problem to be alleviated.

This was among the decisions announced on Wednesday following a long, emergency meeting at the Presidential Place on how to tackle the migration issue.

Nouris said Anastasiades, in his letter to the Commission president, stated the need for the EU to understand “that the Republic is in a state of emergency, we want actual support and not in the form of releasing funds.”

The EU, Nouris said, despite its support and help to Cyprus is appreciated, has not shown the same sensitivity as with the issue of Lithuania and Poland, that have had thousands of migrants at their borders, believed to be channeled by Belarus as retaliation for EU sanctions against it.

The minister said, in this case, the EU is more sensitive because it concerns land borders and if the migrants enter, they will end up in Germany, France and other western European countries, while whoever arrives in Cyprus is stuck on the island and cannot travel within the bloc because Cyprus is not a member of the Schengen area.

The second issue Anastasiades raised in his letter is the obligatory relocation of a number of migrants to other EU countries to decongest Cyprus. “If the 26 each agree to take in 200 then this will be around 5,000, a very big number for Cyprus,” Nouris said.

The minister cited Greece’s example. Athens had invoked the same article last year as a result of which, he said, of the 76,000 asylum seekers that had arrived in the country in 2020, the number dropped to 4,000 so far this year.

Responding to detractors, Nouris also said “there are no magic solutions” citing the need to find a balance between safeguarding the national interests of the country and implementing all treaties on the management of migrants. He said the government has made a distinction between refugees and economic migrants and is treating all of them humanely given the situation.

“The numbers are such that do not allow us to handle the situation as we would have ideally wanted,” Nouris said, admitting that when having to deal with arrivals that exceed capacity, “it is obvious there will be shortcoming and mistakes.”

There are now around 2,500 people at the Pournara reception centre whose capacity is 850.

Nouris also said that 80 per cent of migrants arrive through the buffer zone that spans 184 kilometers. He said the government would do what was necessary to block these routes.

He reiterated that Turkey constantly channels migrants through the north and that many of flight arrivals to the north in recent months concerned people from Sub Saharan countries arriving through Istanbul. In the past eight months, he said, 8,000 people arrived from these countries of those who crossed.

“Obviously, they did not randomly find Cyprus on the map,” Nouris said.

Nouris also said that the EU has been very late in signing agreements with third countries for returns, which is an issue Nicosia raised recently, and was backed by other countries. The minister said a few weeks ago, Cyprus had organised the repatriation of Pakistani nationals along with Germany but two hours prior to departure, Pakistan said it would only accept the ones sent back from Germany. Sweden was to also send back a small number on the same flight, but they too were not accepted. He said this was due to lack of a joint EU agreement with the country.

In the meantime, questions have been raised over the numbers presented by the government on the migration issue.

Children’s Rights Commissioner Despo Michaelidou chastised the government on Thursday for the way it presented the migration issue by pointing out that in pre-primary education the number of pupils with a migrant background exceeds 30 per cent of the total, while in primary education it amounts to 16 per cent, was part of the problem.

“The whole structure of the speech of the government spokesman, the use of numerical data without explanation or differentiation, intentionally or unintentionally, increased the concern within society, the feeling of insecurity, xenophobia and intolerance,” she said.

Michaelidou also pointed out that he refrained from clarifying whether the numbers quoted include all children with a migrant background such as those of mixed marriages, of investors living in Cyprus, those whose parents have a residence and work permit in Cyprus, but also children of asylum seekers, refugees, and unaccompanied minors.

Questions were also raised by some on the figures the government cited in general.