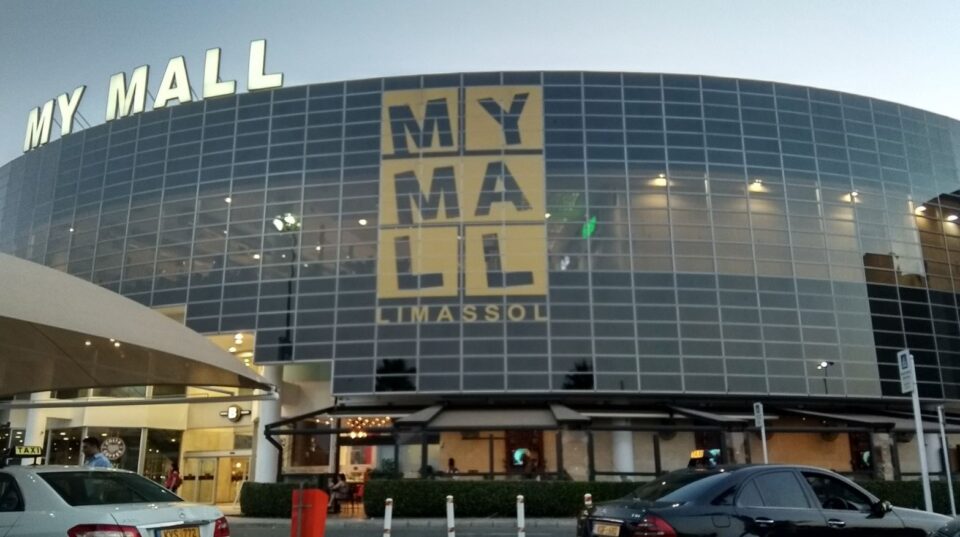 My Mall Limassol, Cyprus’ third-largest shopping centre, will see Israeli involvement in its ownership structure, with 46 per cent of its shares due to be sold to two Israeli companies.

This was confirmed by My Mall Limassol director Andreas Hadjimitsi to local outlet InBusinessNew on Friday, November 12.

According to Hadjimitsi, the deal is already in progress and is expected to be confirmed once the due diligence check has been completed.

Regarding a possible extension to the mall, My Mall Limassol’s director explained that this will depend on the Limassol municipality.

“I hope the Limassol municipality is positive towards this happening and helps the development of western Limassol,” Hadjimitsi said.

The opening of H&M’s second branch in Cyprus, located on Anexartisias street in Limassol, has been pushed to March of next year.

According to the Limassol Chamber of Commerce and Industry, the reason for the delay is related to issues discovered during the renovation process.

Specifically, problems were identified in the load-bearing structure of the building that required static reinforcement, especially at the basement level, where seawater had penetrated.

The total cost of the work needed to be done amounted to €1.5 million.

The new H&M store will be comprised of three floors, with a total surface area of 1,940 square metres.

Cyprus Airways announced that flights to Beirut, Lebanon, will recommence on December 18, 2021.

Cyprus ranks first among EU Member States in terms of European funds absorption, according to the European Court of Auditors (ECA) Report for 2020.

The absorption rate for Cyprus is 75 per cent, while the EU average is 62 per cent.

The results of the report were presented on Thursday by the representative of Cyprus in the Court of Auditors, Lazaros Lazarou, at a joint session of three parliamentary committees.

In his statements after the meeting of the three Committees, Lazarou said that Cyprus was the first EU member in funds absorption until the end of September 2021 with a percentage of 75 per cent compared to 62 per cent which is the EU average.

Lazarou added that there are still two and a half years left to absorb the remaining 25 per cent of the funds as the programming period 2014-2020 ends at the end of 2023.

“The high rates of absorption of European funds highlights the ability of our country, but also of the competent bodies to design, plan and implement programmes with significant requirements,” Lazarou said.

“At the same time, this absorption is implemented without any comments from the European Court of Auditors,” Lazarou added.

Cyprus received a total of €3.406 billion from all EU financial instruments, bringing its total net income to €328 million.

For the programming period 2021-2027, Cyprus received funds amounting to €2.7 billion in grants and €200 million in low-interest borrowing.

The main Cyprus Stock Market Index was at 66.08 points by 12:50 during the day, reflecting an increase of 0.29 per cent over the previous day.

In terms of sub-indexes, the alternative index rose by 0.34 per cent, while investment firms, hotels and the main index fell by 3.26 per cent, 0.83 per cent and 0.02 per cent respectively.